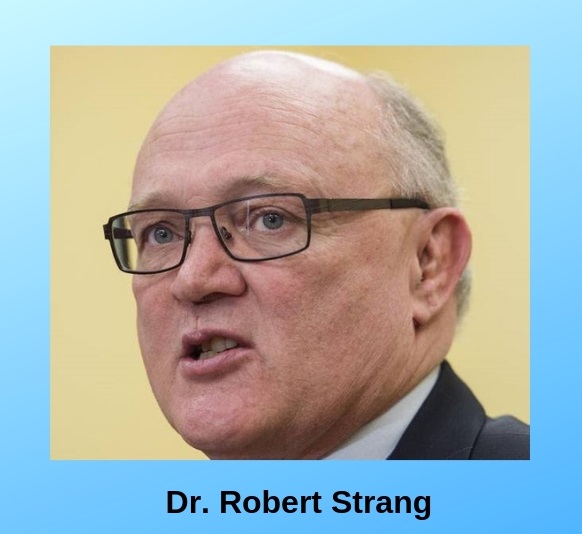 As we reported recently, the chief medical officer for the province of Nova Scotia has raised the ire of Canada’s Lyme community. Dr. Robert Strang retweeted a posting that described chronic Lyme patients as members of a “cult” dealing in “pseudoscience.” Since then, statements from both sides have been carried in the op-ed and letters section of a local newspaper, the Chronicle Herald. The following one is republished here by permission of its author.

First, do no harm. This is a maxim of medicine.

Over the past few weeks, I have watched, listened to and read some of the most unprofessional, non-evidence-based, vitriolic, untrue and demeaning garbage about Lyme disease and patients who suffer from it. My friend, fellow patient advocate and author of The Cancer Olympics, Robin McGee, remarked to me on this sorry affair: “How discouraging for all patient advocates, when those in power cheer on the silencers.”

First there was a retweet by our chief medical officer, Dr. Robert Strang, of a post from the questionable LymeScience website. Then there were musings by law student Andrea MacGregor, in a Feb. 2 Counterpoint, “ ‘Chronic Lyme’ movement hazardous to health.”

Stirring up sentiment against Lyme patients

In my opinion, these had one purpose, and one purpose only — and that was to stir up anti-Lyme-patient sentiment among the public and health-care professionals. It’s a defense mechanism — because they are wrong, and they have realized that the scientific evidence against their arguments is irrefutable.

Dr. Strang has since released a prepared statement that indicated he cared about misinformation, that he did not realize that his retweet would cause such an outcry, and that he’d be more careful with his future social media posts. But he didn’t care enough to tweet any apology, nor state that if he could, he’d remove his retweet.

As for Ms. MacGregor, she did make a few common-sense points about some marketers and businesses taking advantage of vulnerable and desperately ill patients. Other than that, she presented no evidence whatsoever with regard to the scientifically accepted fact of chronic Lyme disease.

In late summer 2018, a coroner’s office in Quebec and a separate Canadian laboratory both confirmed that the body of a young man, who had died by suicide — because, his mother told a Quebec media outlet, he could no longer endure the pain and suffering of his illness — was infected with the Lyme bacterium. He had sought help for Lyme disease for years from many Canadian doctors, only to be told there was nothing wrong, and that it was all in his head. He received no help. Dead. Aged 27!

What Dr. Strang and Dr. Todd Hatchette, chief microbiologist for the Nova Scotia Health Authority, fail to tell you is that there are over 700 peer-reviewed and published scientific and medical articles that clearly demonstrate the persistence of infection of Lyme disease, sometimes even after treatment with short courses of antibiotics.

All healthcare professionals and the general public should be made aware of the latest non-human primate studies recently published in two esteemed and peer-reviewed science and medical journals, PLOSONE and American Journal of Pathology, written by Embers and colleagues (January 2012 and March 2018, respectively), from Tulane National Primate Research Center, Tulane University Health Sciences. These studies unequivocally demonstrate persistence of the Lyme disease bacterium in body tissues and organs, even after the standard courses of antibiotics.

Rhesus macaque monkeys (which are very close to us genetically) were infected with the Lyme disease bacteria and the disease was allowed to progress to the late disseminated stage (the chronic stage). The monkeys were then treated with the standard 28-day course of doxycycline — the primary antibiotic of choice for Lyme disease treatment. Several months after treatment had ended, the monkeys were euthanized and necropsies carried out.

Lyme disease spirochetes were found in the brains and hearts of these treated monkeys, and in the peripheral nerves of an untreated macaque. Despite negative blood tests, these monkeys were positive by DNA tests, and the spirochete bacteria could be seen with specialized microscopes.

The Embers studies also validate the recent published findings of “persister cells,” after treatment with antibiotics, by Lewis et al, from Northeastern University, and of Zhang and colleagues at Johns Hopkins, Bloomberg School of Public Health.

Lewis demonstrated that some Lyme disease bacteria are “persisters”— they are alive but lie dormant. Since antibiotics only attack actively functioning bacteria, these persisters escape the killing activity of the drugs. Once the antibiotics have been flushed from the system, the bacteria “wake up,” can begin dividing again, and infection is, again, imminent.

The work of Caballo and his team at New York Medical College, the very place from where the IDSA Lyme guidelines originate, also supports the above researchers. In his article, published in Environmental Microbiology in 2017, Caballo described “sleeper cells” of Lyme bacteria capable of changing shape and hiding in the body (a great defence mechanism, by the way) while the patient is taking antibiotics. These bacteria then reappear in their original form when the coast is clear — i.e., when there are no longer antibiotics in the bloodstream — thereby “persisting” after treatment with antibiotics.

All of these recent studies confirm what many other researchers already knew. For example, Dr. Russell Johnson from the University of Minnesota, in collaboration with the U.S. government, stated, back in 1986, when he filed research evidence to the U.S. Patent Office for the Lyme vaccine (U.S. Patent 4,721,617), the following: “The chronic forms of the disease such as arthritis (joint involvement), acrodermatitis chronica atrophicans (skin involvement), and Bannwart’s (sic) syndrome (neurological involvement) may last for months to years and are associated with the persistence of the spirochete. A case of maternal-fetal transmission of B. burgdorferi resulting in neonatal death has been reported… The infection may be treated at any time with antibiotics such as penicillin, erythromycin, tetracycline, and ceftriaxone. Once infection has occurred, however, the drugs may not purge the host of the spirochete but may only act to control the chronic forms of the disease. Complications such as arthritis and fatigue may continue for several years after diagnosis and treatment.”

There’s nothing to “not believe”

What part of all of this conclusive evidence do Drs. Strang, Hatchette and Co. not understand or “believe”? There’s nothing to not believe — it’s not a religion, it’s science! And you either accept it or you don’t. Denial doesn’t make it not exist. And resorting to anti-scientific statements and unprofessional tactics of retweets won’t make the truth or the facts go away. Drs. Strang and Hatchette are wrong. Again.

All of this is reminiscent of what happened with the tainted blood scandal in the 1980s, and many parallels can be drawn with the current CBC mini-series, Unspeakable. Back then, continued denial of the problem of HIV in the blood system by some leaders in the medical establishment and government officials resulted in ruined lives and many deaths.

Make no mistake: harm is being done.

One can see, if one reads the literature, that the truth of — and the evidence for — chronic Lyme disease is scientifically credible, conclusive, undeniable, irrefutable fact. Period.

Jane Bailey lives in Wolfville, Nova Scotia, Canada. She has science and education diplomas and is a member of The Royal Society for Public Health.