“Vehement objections” to having Wormser on federal Lyme panel 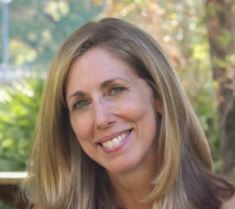 Melissa Ferwerda Bell is President of the Florida Lyme Disease Association and co-founder of The Lyme Disease Challenge (which has raised global awareness of Lyme disease, along with significant funds to help educate doctors about how to properly treat tick-borne illnesses.) She is an attorney, the mother of a child with Lyme, and has suffered from Lyme disease and related conditions herself.

Here is the letter she sent to the US Department of Health and Human Services, protesting the appointment of Dr. Gary Wormser to the newly formed federal Tick-Borne Diseases Working Group.


I am a Florida attorney and president of the Florida Lyme Disease Association writing to vehemently object to the appointment of Gary Wormser, MD (Wormser), to the Tick-Borne Disease Working Group (Working Group).  My reasons are summarized below:

(1) Wormser has significant conflicts of interest that are bound to tarnish his objectivity, or at a minimum give the appearance of bias. Wormser has obtained substantial sums from pharmaceutical companies relating to Lyme vaccines and holds interests in patents for Lyme disease tests. Wormser also has financial ties to insurance companies, having served as an expert witness in court cases against doctors for treating Lyme disease outside of the narrow, one size fits all, Infectious Diseases Society of America (IDSA) guidelines.  See sources 1, 2.

In 2006, then-Attorney General of Connecticut Richard Blumenthal (Blumenthal) conducted a civil investigation of the IDSA for anti-trust violations. He found serious flaws in its guidelines process and that many of its authors, including Wormser had conflicts of interest.  As artfully stated by Blumenthal, the “IDSA’s 2006 Lyme disease guideline panel undercut its credibility by allowing individuals with financial interest—in drug companies, Lyme disease diagnostic tests, patents, and consulting arrangements with insurance companies—to exclude divergent medical evidence and opinion.”  The selection of Wormser for the Working Group reeks of commercial interests over patient well-being.

Clearly, to preserve credibility, the Working Group should be free from members who have financial conflicts of interest. It is critical to note the distinction between a diversity of viewpoints and a bona fide conflict of interest.  If history is any indication, Wormser will continue to support policies that allow him to personally profit.

(2) Wormser has consistently taken an extremely narrow view point on Lyme disease, presuming that Lyme is transmitted by a single type of tick, may only be contracted in a narrow geographic area, is difficult to catch, and easy to treat.  His studies are routinely skewed with biased selection criteria to support this narrow, dogmatic viewpoint.  For example, in studies (3), Wormser limits analysis to patients with an EM rash who were treated within four days.  His studies ignore patients who were diagnosed and treated later or those who presented with neurological Lyme, including Lyme encephalopathy, a much more serious presentation.  Published research by Wormser often involves circular reasoning and parameters that are selected to achieve the desired result.

Now I will address an issue that hits home and strikes a nerve – the denial of Lyme disease in southern states. Dr. Angela James, of the CDC, reported in her presentation given in the year 2000 at the 13thInternational Conference on Lyme disease and other tick-borne disorders, “Borrelia burgdorferi has been isolated from several locales throughout the southern United States and these isolates appear to be genetically more diverse than isolates from the northeastern regions.” She concluded, “the prevalence and association of Borrelia burgdorferi, B. lonestari, and other, possibly new Borrelia genospecies to human illness remains unclear in the southern United States.  Thus, a reevaluation of Lyme disease in the south is warranted.” Rather than a thorough investigation, southerners have been flatly ignored for another 17 years.

Wormser has repeatedly denied the existence of Lyme disease in southern states, ludicrously claiming that black-legged ticks do not bite people in the south.  See, e.g. Sources 4 and 5. Although Wormser says STARI is “pretty widespread in the southeast and south central part of the country,” there are still no tests, treatment guidelines, or studies.  Wormser’s mantra leaves southern patients who have Lyme disease, or something quite similar, angry and suffering. Because few doctors recognize their illness, patients are treated too late or not at all, developing chronic illness just as debilitating as untreated Lyme disease in the north. It is critical to note that existing tests were designed only to detect a single strain prevalent in the northeast, which means it is no surprise that the majority of reported cases are in the northeast.  Doctors are told by Wormser and other IDSA leaders that there is no Lyme in the south, and as a result, they refuse to test, and routinely dismiss CDC positive results as “false positives.”

At age 11, my formerly gifted, triathlete son lost the ability to walk many days, suffered excruciating migraines that could only be relieved by morphine, and lost his cognitive skills due to undiagnosed neurological Lyme Disease. Doctors repeatedly refused to test him over the course of 10 months, based upon the false perception that there is no Lyme in Florida. I myself developed heart failure and still suffer from a myriad of symptoms including debilitating fatigue, a ravished immune system described as “HIV-negative AIDS” by my specialist, and relentless pain due to years of missed Lyme disease and co-infections.

Southern patients, myself included, are fighting for our lives. We do not care about the politics of Lyme disease or even the label. We desperately need acknowledgement of the problem, insurance coverage, and a path toward effective treatments, which simply cannot occur with Wormser on the panel.  Indeed, Wormser represents the antithesis of what the Working Group should be about.  We need to move past the dogmatic narrow views on Lyme disease in order for there to be positive change.

(3) Wormser will cause tremendous disharmony in the Working Group and hinder productivity.  Wormser has repeatedly, openly and callously disregarded the suffering of Lyme patients and described Lyme advocacy groups as “dangerous.”  Simply stated, Lyme patients not only do not trust Wormser, they abhor him.

(4) Wormser refuses to acknowledge a growing body of credible, substantial research that Lyme disease can cause persistent infection after antibiotic treatment.  See resource 6.

(5) Wormser is a named Defendant in a large antitrust/RICO law suit filed and funded by prominent plaintiffs’ attorneys.  Wormser may be limited in his participation in the Working Group due to fear of incriminating statements.

I respectfully request for you to consider replacing Wormser with one of the following well qualified, respected and experienced physicians: Dr. Steven Phillips, Dr. Raphael Stricker, Dr. Sam Donta, or Dr. Elizabeth Maloney.

Thank you for your time and consideration.

(4)  The Confounding Debate Over Lyme Disease in the South: http://discovermagazine.com/2013/dec/14-southern-gothic