TOUCHED BY LYME: An intriguing short film about Lyme disease 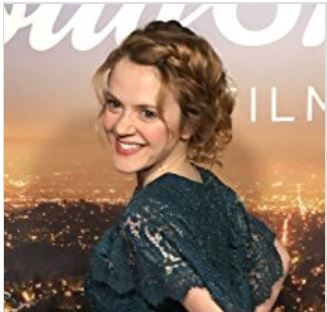 Let’s say you are an up-and-coming actor/writer in Hollywood, in your 20s. You work on some films, you meet people in the industry, and it looks like your career is poised to really take off. Then, out of the blue, your health goes sideways.

You have such severe pain in your arms you can’t lift them. And a sudden need to sleep 16 hours a day. Plus a host of other symptoms.

The more you go from doctor to doctor—who can’t figure out what’s wrong—the less capable you are of even getting out of bed. Fortunately, your sister moves to California to help you. She drives you to appointments, cooks your meals, even cuts up the food on your plate, since you are too weak to do it yourself.  Without assistance, you can’t function at all.

After two and a half years on a medical merry-go-round, you finally get diagnosed with Lyme disease and heavy metal toxicity. And you realize your journey was made so much harder because of misunderstanding about Lyme and related conditions, by both the medical establishment and the public at large.

After long and difficult treatments, you finally begin to feel better. And more than anything, you want to use your skills to make a statement to the world about Lyme disease—in the form of a 10-minute film you’ve written called GRACE NOTE. It’s based on your personal experience and a very strange dream you once had.

You raise money to hire a professional director, crew, and actors. Once completed, the film is accepted into several international film festivals. Then, you make GRACE NOTE available for anybody to watch for free, via the internet.

Tracy Mulholland is an actress, writer, producer and singer living in Los Angeles. She wrote, produced and starred in GRACE NOTE, which premiered at the Carmel International Film Festival and played festivals for a year. She has appeared in such films as CRAZY, STUPID, LOVE. with Ryan Gosling and A THOUSAND WORDS with Eddie Murphy; as a lead in several movies for Lifetime; and in a recurring role on the Amazon children’s series GORTIMER GIBBON’S LIFE ON NORMAL STREET. More information about the film here.