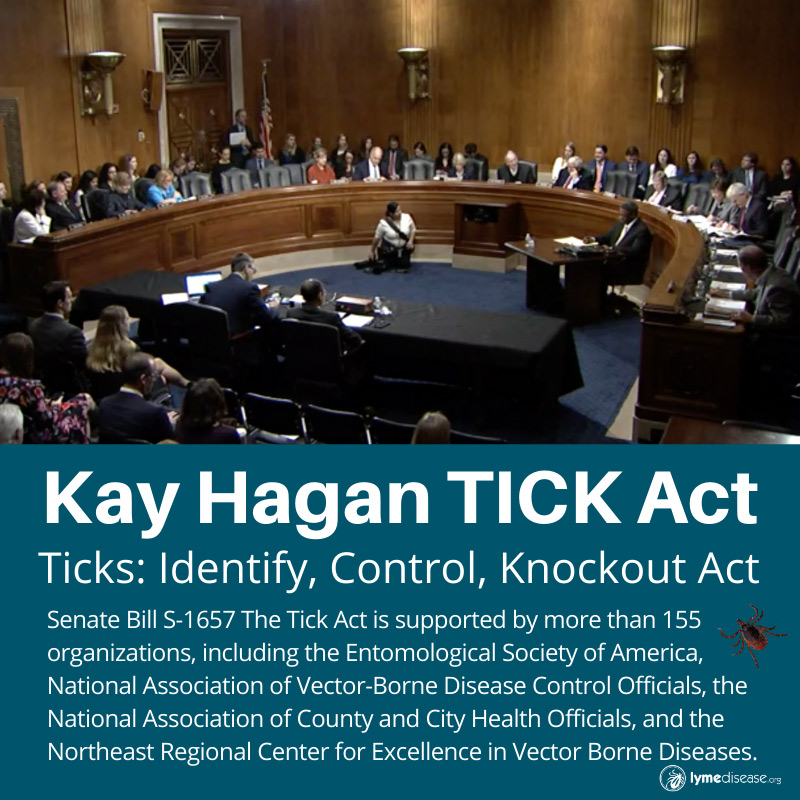 The Kay Hagan Tick Act unites the effort to confront the alarming public health threat posed by Lyme disease and other tick-borne diseases, which have risen exponentially from approximately 30,000 cases in 2003 to an estimated 450,000 last year.  Senator Collins renamed the bill in honor of former Senator Kay Hagan, who passed away on October 28th, 2019, due to complications from the tick-borne disease known as the Powassan virus.

In Maine alone, there were approximately 1,400 new cases of Lyme disease in 2018, sharply increased from the 752 cases in 2010.  Far too many Americans with Lyme disease experience a complex diagnostic odyssey that takes months or even years, while suffering severe and debilitating symptoms.  In addition to the physical and emotional toll that Lyme disease takes, it is also expensive.  Medical costs of Lyme disease are estimated at $1.3 billion per year. When accounting for indirect medical costs, including loss of work, the annual costs balloon to $75 billion per year.

“I want to express my condolences to the family of our former colleague and friend, Senator Kay Hagan, who passed away this week from complications of the Powassan virus. It is the same tick-borne disease that took the life of Maine artist Lyn Snow in 2013,” said Senator Collins.  “Tick-borne diseases like Lyme have become a major public health concern, with the incidence exploding over the past 15 years.  The Tick Act takes a comprehensive approach to address Lyme and other tick and vector-borne diseases.  I am pleased that our bipartisan bill was approved by the Senate Health Committee today, and I urge all of my colleagues to support this important legislation to reverse this burgeoning public health crisis.”