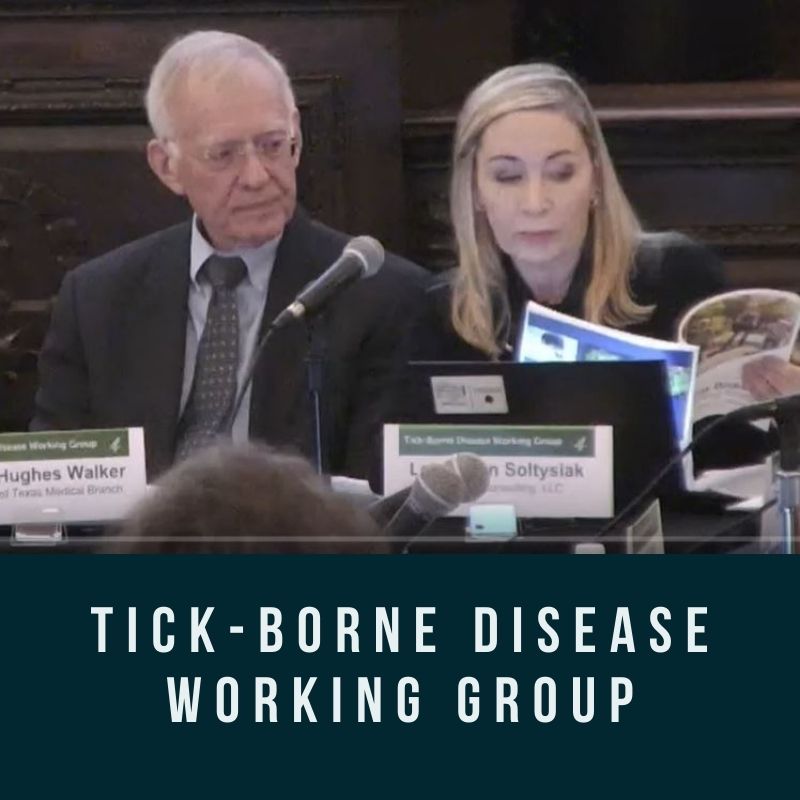 Prior to this past Tuesday, the last time the public tuned in for an online meeting of the Tick-Borne Disease Working Group was July 8. That day, we witnessed a lot of bad behavior by certain panel members. I wrote then:

The meeting rapidly devolved into what looked like a street fight. Co-chair David Walker and IDSA representative Eugene Shapiro did their best to beat up the panel’s only patient representative, the Lyme Disease Association’s Pat Smith. Admirably, Pat held her own and even picked up support from unexpected corners. (Click here if you want to refresh your memory about that day.)

The process was supposed to continue during two days of meetings in August. However, those got cancelled without explanation.

Thus, we didn’t have a chance to observe the Working Group in action again until September 15. I know I was holding my breath. Would we see another showdown?

Spoiler alert: Panel members comported themselves much more civilly this time. Will that make a difference in the outcome? Unknown. (But it kept this listener’s blood pressure on a more even keel.)

Here’s some of what happened at the meeting

Public comment went much better than last time. If you recall, at the July 8 meeting, 10 people were selected to deliver verbal comments by phone, but due to a communications snafu, only five dialed in. At least three of the five no-shows didn’t even know they’d been chosen. This time, the notification emails included a request to confirm. (Hey, Working Group staff. Thanks for following my suggestion!)

Another heartening development at this week’s meeting was the presentation of a report by the Public Comment Subcommittee.

Some background: Since the Working Group started meeting in 2017, up to and including right now, hundreds of Lyme patients and advocates have submitted written comments to the panel. Periodically, staff would post them on the HHS website. But it took a complicated process to even find the darn things. They were scattered throughout the website, depending upon which meeting they were attached to. And even when you found them, it was cumbersome to wade through them.

The 2018 Report to Congress took a stab at trying to re-cap what they called “public input.” This consisted of a couple of pages of dry summaries such as “There was a general consensus among public commenters that Lyme disease and tick-borne diseases are insufficiently addressed by mainstream medicine and government programs.” The eyes glaze over, yes?

In contrast, current Working Group member Angel Davey, of the Department of Defense, presented about a dozen slides at this meeting, with more evocative summations of what the public comments said. 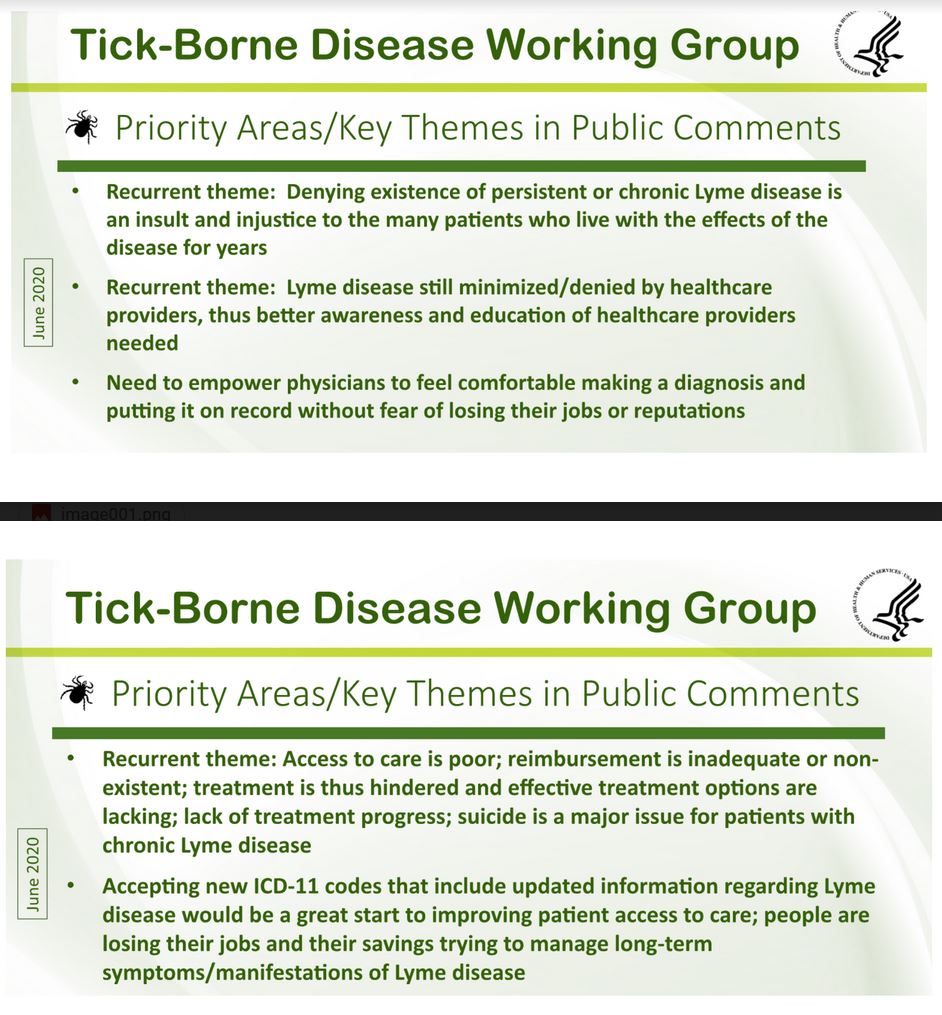 The list goes on, including such topics as unhelpful treatment guidelines, the harm caused by the label “post-treatment Lyme disease syndrome” (PTLDS), and gestational Lyme. There are many more.

Here’s what totally surprised me about the meeting. Before it was over, the panel decided to add two new chapters to its upcoming Report to Congress. One has to do with what’s called the “Federal Inventory.” (More about that another time.)

The second was a new chapter devoted to public input! It seems I wasn’t the only one captivated by Ms. Davey’s presentation. Kudos to all who put it together.

Lyme patients suffering from long-term effects of the disease were the driving force behind the formation of the TBDWG in the first place. Thus, a fervent desire to have the patient voice acknowledged and listened to reverberates throughout the Lyme community.

That’s why many of us take heart that the Working Group now appears willing to include meaningful representation of patient views in its report.

That’s why many of us are so galled by how certain panel members keep trying to excise any mention of “persistent Lyme” from that report.

The process continues. Next online meeting in September 22. Stay tuned.

Lonnie Marcum live-tweeted the Sept. 15 meeting. Click here to read her summary of the day’s events.