TOUCHED BY LYME: Let the gaslighting and stigmatization stop here 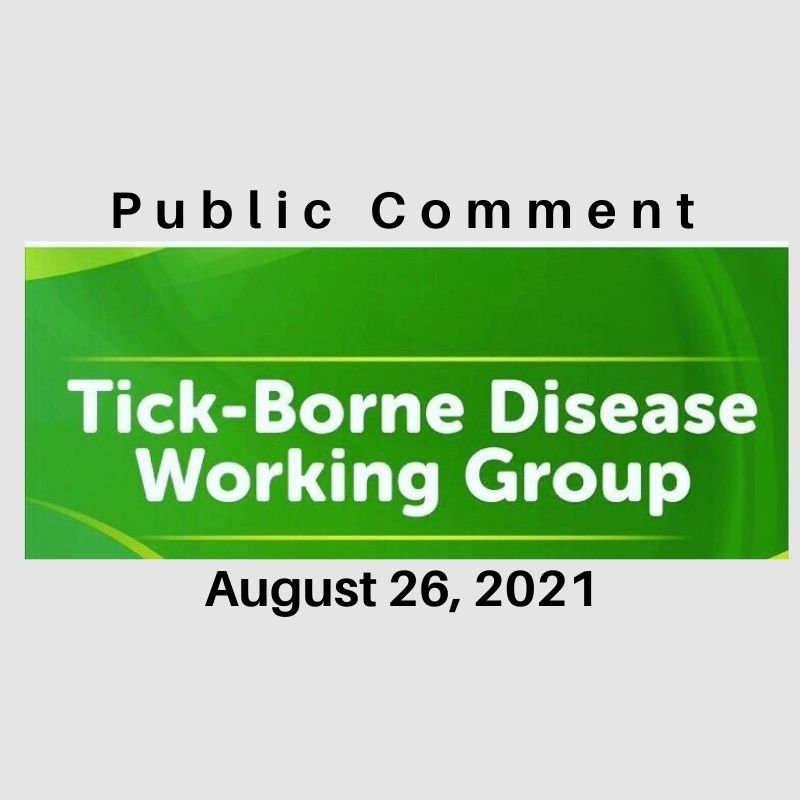 The third panel of the federal Tick-Borne Disease Working Group held its first meeting today–online. I was one of 10 people selected to deliver verbal comments. There was a three-minute time limit. Here’s what I said:

A topic not addressed by the first two Working Group panels is the severe impact Lyme disease can have on mental health.

A study recently published in the American Journal of Psychiatry shows that people with Lyme disease have a 75% higher risk of dying by suicide than those without it.

Lyme patients also have a high rate of other psychiatric conditions, such as depression.

Lead author Dr. Brian Fallon, of Columbia University, points out that Lyme is not a simple illness. He states: “In addition to the risk of severe cardiac, rheumatologic, and neurologic problems, Lyme disease can cause severe mental health problems as well.”

Furthermore, results from the MyLymeData patient registry tell us that

When patients seek help from their physicians for debilitating symptoms, far too often, their doctors dismiss their concerns out of hand.

Some call this gaslighting. It undermines the patient’s self-confidence, and makes them doubt their own experiences.

Without treatment options, suffering people are left adrift in a sea of hopelessness.

74 percent say they have been treated disrespectfully by a healthcare provider.

67 percent say they have postponed or avoided medical treatment due to discrimination, disrespect or difficulty obtaining care.

US News and World Report recently asked Lorraine Johnson, the head of LymeDisease.org, to comment on Dr. Fallon’s study of Lyme disease and suicide.

She said in part:

“We know that there’s a psychiatric component to what is going on, but I think [a major driver of] the increased suicide rates among patients with Lyme disease is that they are disbelieved, they are stigmatized, and they are gaslighted by physicians, by insurers, often by society and, sometimes, unfortunately, by their families.”

I urge this panel to listen to patients. Let the gaslighting and stigmatization stop here. Together, let’s work to change the system that deprives people with Lyme disease of the medical care they need to get well. Thank you.