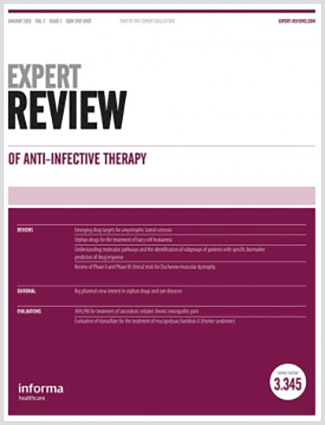 Lyme disease is the most common tickborne illness in the world today 1,2. It is also one of the most controversial illnesses in the history of medicine, and the controversy features two opposing camps. One camp espouses the viewpoint of the International Lyme and Associated Diseases Society (ILADS) that tickborne infection with the Lyme spirochete, Borrelia burgdorferi, can be difficult to detect given the current state of diagnostic tests and that the organism can be hard to eradicate given its ability to evade the host immune response and antibiotic therapy 1,2. The other camp espouses the viewpoint of the Infectious Diseases Society of America (IDSA) that Lyme disease is a simple tickborne infection that is easily diagnosed and treated. According to this viewpoint, the notion that infection may persist after a short course of antibiotics lacks ‘credible scientific evidence’, persistence mechanisms of B. burgdorferi are deemed ‘implausible’ and chronic Lyme disease due to persistent B. burgdorferi infection is rare or non-existent 3,4. While the revised ILADS Lyme guidelines recommend longer antibiotic treatment for patients with chronic Lyme disease, the IDSA Lyme guidelines discourage antibiotic treatment for patients with persistent Lyme disease symptoms 5,6.

The Lyme disease controversy has resulted in a stalemate between the ILADS and IDSA points of view. Each side claims that its clinical, epidemiological, diagnostic and therapeutic pronouncements are ‘evidence based’ and represent the ‘standard of care’ for the disease. This ‘he said/she said’ dispute in turn has left patients without a clear path to diagnosis and treatment of the disease. The dispute has also dampened pharmaceutical company interest in developing new antibiotic treatments for the disease similar to the ‘designer drugs’ that have revolutionized the therapy of HIV/AIDS and hepatitis C virus (HCV) infection. The medical and lay press has also been confused by the dispute and ultimately has lost interest in publishing repetitive articles about a tickborne disease that could be characterized as unimportant 7,8.

Despite these issues, the specter of Lyme disease has continued to grow. In 2013, the CDC published a trio of reports suggesting that the annual rate of Lyme disease was more than 300,000 cases in the USA 9.

This annual rate was more than 10-times the number of cases reported using the surveillance case definition employed by the CDC, making Lyme disease almost twice as common as breast cancer and six-times more common than HIV/AIDS. The huge rate increase also created problems for the epidemiology of the tickborne disease. Based on a study of confirmed tickbites in the Netherlands, the annual tickbite rate was estimated to be 495 per 100,000 population, which translates into about 1.5 million tickbites per year in the USA 10. Based on the assumption that only 2% of tickbites yield infection with B. burgdorferi 10, it would take 15 million tickbites per year to achieve the CDC rate of Lyme disease. This implausible tickbite requirement suggests that other means of Lyme disease transmission may occur.

The Lyme spirochete B. burgdorferi is a relatively complex organism that is similar to the spirochetal agent of syphilis 1. B. burgdorferi contains enzymes that facilitate tissue penetration, and the spirochete has the ability to form cystic structures and hide in biofilms 11–15. These properties allow the organism to persist in a variety of tissues and hostile environments and to escape the reach of antibiotics. The ability of B. burgdorferi to infect privileged sites such as the eye, synovium and brain may also contribute to persistence of the spirochete in human tissues 1,2. The pleotropic and pleomorphic properties of the spirochete suggest that the genital tract could also harbor the infection, resulting in transmission from person to person without a tick vector.

Human sexual transmission of Lyme disease was initially suggested by Bach in 2001 23. He observed that sexually active patients had a marked propensity for antibiotic failure and speculated that re-infection occurred by intimate person-to-person contact. In 2003, Harvey and Salvato studied a group of chronically ill B. burgdorferi-seropositive and PCR-positive patients in Houston, Texas – a non-endemic area – and provided epidemiological evidence that Lyme disease could spread in the absence of infected ticks. In this scenario, intimate person-to-person transfer was implicated as the probable means of transmission 24. A study by Stricker et al. provided clinical and immunological evidence for B. burgdorferi transmission via intimate contact. In heterosexual seropositive couples with Lyme disease in which only one partner had a documented tickbite, the partner with the documented tickbite tended to have more severe clinical manifestations of the disease and a lower CD57 NK cell level. This difference in clinical severity and CD57 NK cell level was not noted in seropositive couples diagnosed with Lyme disease in which both partners had a documented history of tickbite 25. Sexual transfer of B. burgdorferi infection therefore seems possible in humans.

In order to investigate this possibility, Middelveen et al. performed the first Borrelia culture study on human semen and vaginal secretions 26. Patients with documented Lyme disease, including heterosexual couples having unprotected sex, had genital cultures studied in three independent laboratories. The cultures of semen and vaginal secretions were subjected to light and darkfield microscopy and were found to contain live, motile spirochetes that displayed characteristic undulating movement and stained positive with Dieterle silver staining and anti-B. burgdorferi immunostaining. Furthermore, PCR testing and molecular hybridization with highly specific DNA probes demonstrated that the live genital spirochetes were Borrelia strains and not treponemes. Of particular interest, one couple was found to have B. hermsii rather than B. burgdorferi in their genital secretions, further implicating sexual transmission in these cases. Control subjects who tested negative for Lyme disease had no evidence of Borrelia spirochetes in their genital secretions 26.

The combination of animal models and human studies strongly suggests that the Lyme spirochete may be sexually transmitted, much like the spirochetal agent of syphilis. This possibility is difficult to prove because direct transmission studies in humans similar to the ‘volunteer’ experiments performed on syphilis patients 27 would be unethical by current standards. However, the animal studies showing contact and sexual transmission should be reproduced and extended to other animal models using sophisticated immunological and molecular methods to examine venereal exposure to B. burgdorferi. In addition, further epidemiology studies should be conducted to assess whether sexual transmission might explain the increase in Lyme disease cases around the world. These studies could also address geographical discrepancies between human and tick infection rates in various reports as well as gender discrepancies in Lyme disease statistics 28–30. The results might create a paradigm shift that would transform Lyme disease from a tickborne illness into a sexually transmitted infection.

The significance of this paradigm shift would be profound. As a sexually transmitted infection, Lyme disease would command greater respect in the medical community. The current inadequate diagnostic tests for the disease would have to be replaced with more sensitive testing, and test patterns would have to be adjusted to account for sexual transmission. Treatment for Lyme disease would also need to be reassessed, with therapeutic approaches tailored to eradication of the spirochete from privileged sites in the genital tract similar to the tactics for treating HIV/AIDS 31,32. Pharmaceutical companies would be encouraged to come up with new ‘designer drugs’ for this sexually transmitted disease using the strategies that produced effective treatments for HIV/AIDS and HCV. The Lyme disease landscape would change drastically for patients. Although infected individuals would be forced to deal with the risk of sexual transmission, they would also benefit from easier access to treatment and eventually better treatment based on the experience with HIV/AIDS and HCV. With this paradigm shift, the ‘Lyme Wars’ would finally come to an end, and after more than 40 years the Lyme spirochete could finally be contained.

The authors are supported in part by a grant from the Lindorf Family Foundation, Newark, OH. The authors have no other relevant affiliations or financial involvement with any organization or entity with a financial interest in or financial conflict with the subject matter or materials discussed in the manuscript apart from those disclosed.

Expert Review of Anti-infective Therapy A MEDLINE-indexed journal delivering the latest research, publishing a variety of articles on all aspects involved in the treatment and management of infectious disease. This journal offers accelerated publication.

Compared to other publications in the same field, and has received approximately 1.93 times more citations than average.
View more details in Dimensions