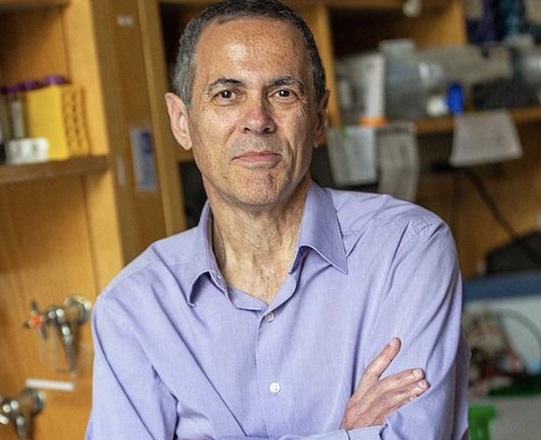 Dr. Neil Spector, an internationally acclaimed cancer researcher, wanted to change the world. While seeking a cure for cancer, however, he became seriously involved with a different illness, which ended up steering his life and work in a new direction. It turns out that Spector had suffered for years from unrecognized Lyme disease. Eventually, Lyme carditis led to complete heart failure.

Although Spector’s decades-long battle with Lyme disease profoundly affected his life, it failed to hinder his spirit. In 2009, he received a life-saving heart transplant which allowed him to continue his groundbreaking research until he passed away on June 14, 2020. For this, we owe Spector and his heart donor both a huge debt of gratitude.

Among his many talents, Spector led a Duke Cancer Institute team tasked with translating research discoveries into new therapies. He had a special interest in seeking to understand what role environmental factors, like toxins and infection, played in transforming healthy cells into cancers.

Prior to joining Duke Cancer Institute, Spector served as Director of Exploratory Medical Sciences—Oncology at GlaxoSmithKline. While there, he successfully developed two important cancer drugs—one for pediatric T-cell leukemia (nelarabine), the other a targeted therapy for HER2+ breast cancer (lapatinib). Spector guided both drugs through the Food and Drug Administration’s approval process.

More recently, Dr. Spector had turned his attention to finding innovative therapies for both Lyme disease and Bartonella.

The need for change

Antibiotics are currently the standard treatment for both Lyme and Bartonella. However, antibiotics don’t always work and sometimes bring serious side effects. Spector wanted to find new treatment options for patients with both conditions.

In 2018, I wrote about Spector’s Lyme and Bartonella research. At that time, he said he hoped to “move from isolating targets to identifying potential drugs to testing in animal models within three years— a very aggressive timeline.”

Since then, his team has used new technology to develop drugs to target specific portions of the Borrelia and Bartonella bacteria. Essentially, they have looked for non-antibiotic therapies that will target the “off switch”—a method that has successfully found new cancer therapies.

This collaboration represents the first time the vast knowledge of cancer research has been applied to Lyme disease. Spector often pointed out that many features of cancer are also true of Lyme disease and Bartonella, which can work in the researchers’ favor. 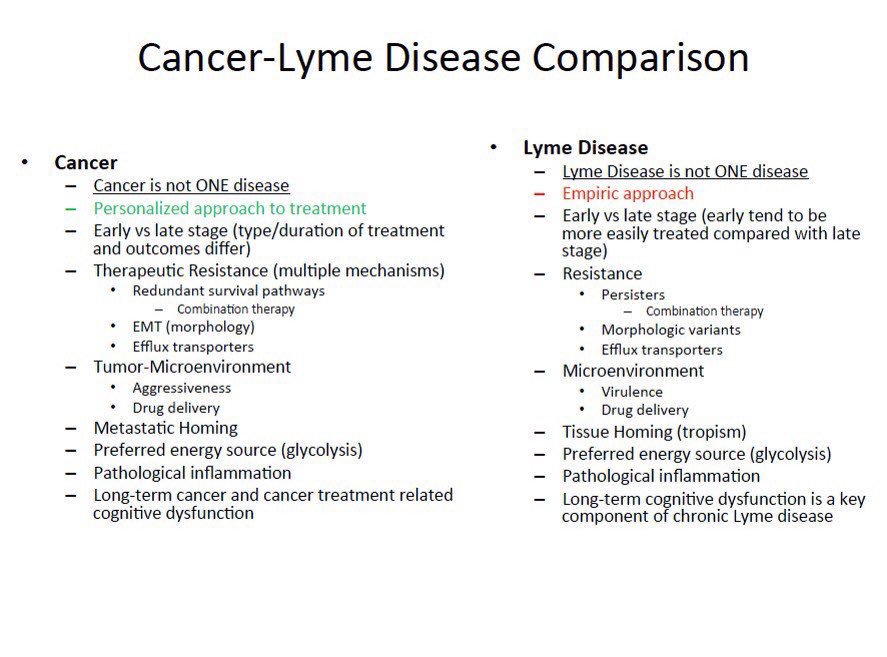 I last saw Spector at the 2019 ILADS conference, giving an update on his team’s research.

In his talk, Spector used a treatment he developed for HER2+ breast cancer as an example of how they found a target for Borrelia. The key, Spector explained, is to find the weak point in the pathogen and figure out how to destroy it without damaging healthy cells in the body.

To develop targeted therapy for cancer, researchers start with a complete genomic sequence of the cancer. They then create a genomic roadmap and look for the light switch, so to speak. Once they find the switch, they look for treatments that can turn off the lights.

Spector said one of the treatments they are experimenting with against Borrelia is looking very promising in the laboratory. It is a two-part strategy used to bring oxygen into the bacteria. Borrelia hates oxygen. This is why you typically find Borrelia living in low oxygen states—in cartilage for example.

One drug is used to selectively attach to Borrelia protein (HTPG), but avoid normal human tissue and other healthy bacteria. The other drug (Verteporfin) is a fluorescent marker which is activated by red light that then releases radical oxygen species.

Verteporfin is an FDA-approved injectable drug that is used to treat vascular diseases of the retina–like macular degeneration, myopia, and fungal infections.

A unique feature of this approach is these two medications together appear to target all species and strains of Borrelia, not just the species responsible for Lyme disease on the East Coast.

What’s not yet known is how the two medications would affect parts of the body that are infected with Borrelia. However, studies of this drug combination are being conducted in mice, so perhaps we’ll know more soon.

Another encouraging bit of research Neil touched on is a Borrelia-scanning technique that uses markers, similar to to a process that can visualize different types of cancer in the body.

The new technique will utilize PET scans coupled with specific tracers that only light up if the patient is infected with Borrelia. Imagine not having to rely on the number of bands on a Western blot, but rather being able to walk into a scan and determine if and where your Borrelia infection lies.

I feel lucky to have known Neil Spector for several years. Personally, I have never met a human more dedicated to the greater good or more capable of achieving his goals—despite his compromised health. I’ve been awed by his ability to connect with people from all walks of life.

This man rolled with top scientists, developed treatments for cancer, yet would take the time to console someone like me—a mother of a child with Lyme and Bartonella. Neil made everyone feel special. It was his gift.

During his celebration of life, his wife Denise said Neil had a vision for the world: “For Neil, it would be a world filled with more love, compassion, and respect for one another. As well as one devoid of the ravages of cancer and other chronic illnesses.”

Let’s all work to make this happen!