PRESS RELEASE: Tiny Ticks are on the Prowl 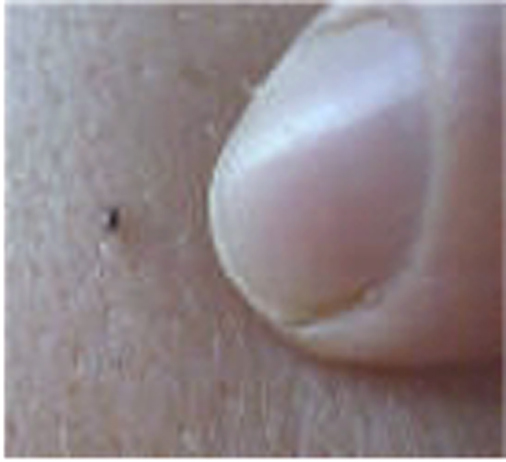 As winter weather wanes, millions of nymphal ticks are hatching out in the woods, fields and backyards in many parts of the United States.

May is the peak season for the tiny but dangerous nymphal tick. As residents spend more time outdoors, millions of nymphs are hatching out in the leaf litter. Most will find a mouse or squirrel for their blood meal; some will latch onto an unlucky human. Percentages of ticks infected with the corkscrew bacteria that cause Lyme disease vary according to location. Some carry other diseases, often two or three. The longer they remain attached, the more likely they are to transmit infection to their host. If you don’t notice the tiny parasite, it is almost certain to transmit any disease it carries.

Phyllis Mervine didn’t notice a bite before she got sick in the summer of 1977. She says it took her ten years to get diagnosed. In 1989 she founded the national advocacy nonprofit LymeDisease.org and has been the president for 25 years. She is heading to Providence, RI, to attend a two-day Lyme conference on May 3-4 where the topics for discussion suggest that Lyme is serious. A medical epidemiologist from the Centers for Disease Control (CDC) will talk about a new study on sudden cardiac arrest associated with Lyme carditis. A professor from Tufts University will share his study where he let ticks feed on patients who had been treated for Lyme disease. Two speakers will discuss Lyme depression and suicide.

LymeDisease.org has just published the largest survey ever conducted on people with Lyme disease, Mervine said. They found that chronic Lyme disease is associated with a worse quality of life than most other chronic illnesses, including congestive heart failure, diabetes, multiple sclerosis and arthritis.

“Chronic Lyme patients are five times more likely to visit doctors and twice as likely to be seen in emergency rooms as the general population,” Mervine added.

Last year the CDC increased its estimate of the number of new cases to 300,000 annually, saying the true numbers were ten times greater than the reported cases. Mervine believes there may be 50 times more.

“LymeDisease.org surveys show that patients go from doctor to doctor trying to get diagnosed. It often takes years,” she said. “Even if the doctors order a test there is a 50% chance it will be a false negative. Then few doctors complete the paperwork the health department needs to count a case. Plus many patients tell us their doctor said, “There’s no Lyme here.”

Early symptoms of Lyme disease include a flu-like illness with fever, headache, swollen glands and aching muscles, often occurring in summer. Some people – but not all – develop a characteristic rash around the bite area. People may be misdiagnosed with chronic fatigue, fibromyalgia, MS, or even mental illness. Without proper treatment, they become chronic and disabled.

Join the LymeDisease.org online support and information group for your state.