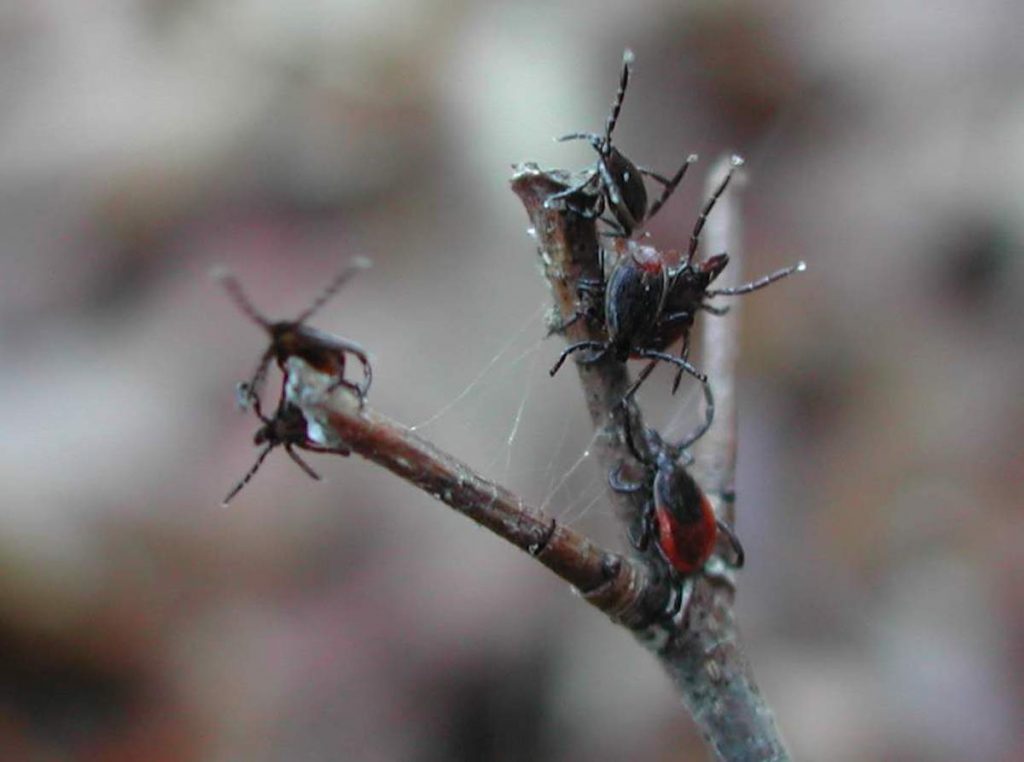 But the ecology of the disease is complex, involving various host animals, blacklegged ticks that serve as a disease vector, the disease-causing agent itself, the bacteria Borrelia burgdorferi, and the environment in which they all live.

The study, published in the Journal of Applied Ecology, untangles the relationship between two of these players in Lyme disease ecology: bacteria and the environment.

Led by Tam Tran, who earned her doctoral degree in Penn’s Department of Biology in the School of Arts & Sciences, and with mentors Dustin Brisson, a professor in the department, Shane Jensen of the Wharton School, along with colleagues from the New York State Department of Health, the research investigates how variables such as landscape disturbance and climate affect the distribution and abundance of B. burgdorferi.

The result is a powerful analytical model that can predict with accuracy the prevalence and distribution of the Lyme disease bacteria on the landscape, potentially a useful public health tool to help mitigate disease transmission.

“We know Lyme disease is a growing threat to public health, yet we haven’t found great ways of addressing it. The number of cases keeps growing,” says Tran, now a medical student at Virginia Commonwealth University.

“What’s exciting here is that, by knowing how the environment affects both the tick system and the bacteria, we can predict where and when there will be higher amounts of the pathogen in the landscape.”

In the current study, Tran, Brisson, Jensen, and colleagues focused primarily on what factors influenced B. burgdorferi, the prevalence of which they measured by determining what fraction of blacklegged ticks they sampled were infected with the bacteria.

Older attempts to draw connections between Lyme disease and environmental variables have resulted in mixed, unclear, or sometimes even contradictory results, Tran says, in part because the contributions of the “environment” writ large can be so multifaceted.

To build their models, the research team took data collected from nearly 19,000 blacklegged ticks between 2009 and 2018 across hundreds of sites within New York state.

They assessed how numbers of infected and uninfected ticks at hundreds of locations over more than a decade aligned with local environmental features falling in four broad categories:

1) landscape factors such as elevation, fire history, and distance to infrastructure like roads;

3) surveillance conditions including local temperature and humidity at the time of collection as well as the effort devoted to collecting specimens; and

4) climate measures such as monthly temperature averages, precipitation, and days with below-freezing temperatures.

Running various groupings of these variables through powerful computer models, the researchers could tease out which ones were most influential in determining infectivity rates.

The role of climate and habitat

“The main finding was that climate was an overwhelming feature in the model,” Tran says. “Habitat disturbance was also important, and we found the opposite of what has come out of earlier studies in some cases.”

While previous analyses had found that increases in disturbance—things like fires, roads cutting through forests, and fragmented habitat tracts—led to increases in B. burgdorferi numbers, the Penn-led team found that less disturbed, more intact habitats were often associated with greater numbers of ticks infected with the bacteria.

“We found it was highly accurate,” Tran says. “And what’s great is that a lot of the data we used to create the model is free, meaning that other localities might be able to replicate these findings to help predict Lyme disease risk, especially in areas where the climate and landscape is similar to New York.”

Interventions could be public health messaging warning park visitors, for example of the risk of disease, “reminding them to do their tick checks,” says Tran. The findings could also help guide future land management, harnessing the power of ecology to potentially reduce Lyme disease risks.