TOUCHED BY LYME: Newspaper demonstrates Lyme is "no small thing" 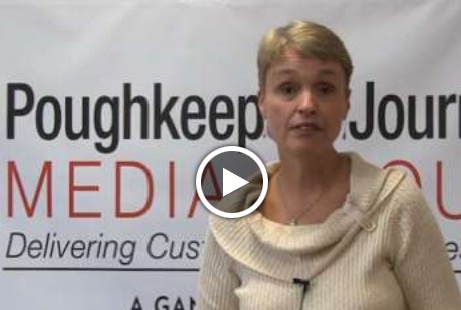 The Poughkeepsie Journal continues its series on Lyme disease (“No Small Thing”) with a look at the vagaries of Lyme diagnostic testing.

New York’s Mid-Hudson Valley has the highest rate of Lyme disease in the country. Last summer, its major newspaper, the Poughkeepsie Journal, began an on-going investigation into questions surrounding Lyme disease and why it can be so difficult for patients to get properly diagnosed and effectively treated for the illness.

In particular, reporter Mary Beth Pfeiffer’s most recent installment, “Flunking the Lyme test,” should be required reading for medical professionals, public officials, and anybody else concerned with stopping this rising threat to public health.

For it is the problematic nature of Lyme testing that prevents so many people from getting diagnosed early in the disease, when treatment is most effective.

It is, instead, a matter of counting smudges on test paper — but only if you have just enough of them and a lab has mastered the delicate task of running and reading the test. Diagnosis may turn on whether you’ve had the infection long enough to produce the requisite antibodies or if the bug has found ways to evade detection. It may hinge on whether you were infected with the one strain of spirochete that’s tested – among 25 identified; if you carried another tick-borne illness; and, maybe most important, whether your doctor was schooled in the perilous limits of Lyme testing

She interviews the CDC, doctors on both sides of the Lyme controversy, researchers, advocates and patients. She delves into the problematic “two-tiered” system of Lyme testing which is the CDC current standard.  It’s complex stuff. I’m not aware of any reporter who has ever taken on the subject to this degree of detail. She has done a masterful job of asking the right questions and explaining the answers.

On Thursday, Oct. 25, Ms. Pfeiffer will host a live web chat Thursday from 7 to 8 p.m. (ET) on Lyme disease. Readers can join in at www.poughkeepsiejournal.com/facebook.

The full series, including videos, a graphic explainer on the test and scientific reports, can be found at www.poughkeepsiejournal.com/lyme

TOUCHED BY LYME is written by Dorothy Kupcha Leland, LymeDisease.org’s VP for education and outreach. Contact her at dleland@lymedisease.org.