Mother Jones: Why tick invasions will only get worse 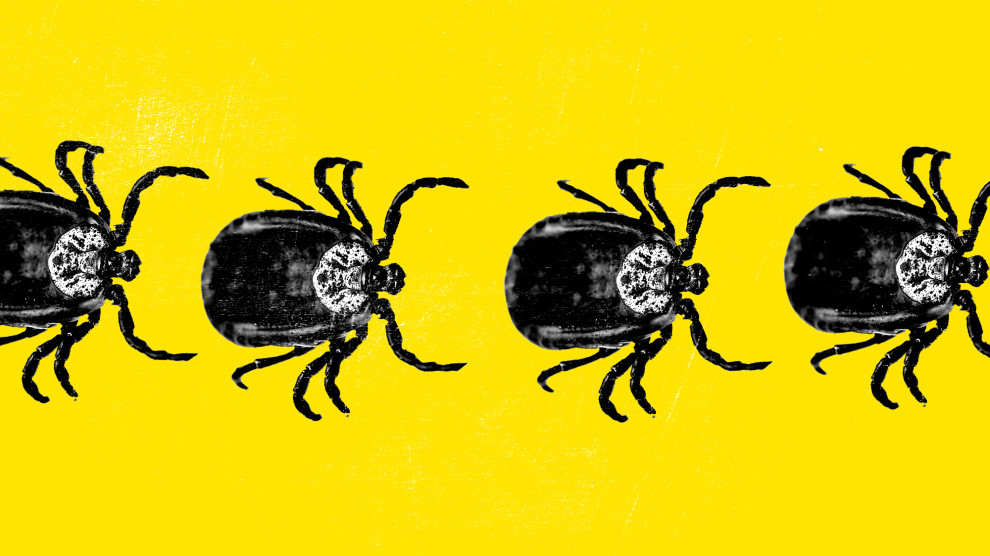 by Kristen Lombardi and Fatima Bhojani

Maine’s invasion came early this year. In recent hotbeds of tick activity—from Scarborough to Belfast and Brewer—people say they spotted the eight-legged arachnid before spring.

They noticed the ticks—which look like moving poppy seeds—encroaching on roads, beaches, playgrounds, cemeteries and library floors. They saw them clinging to dogs, birds and squirrels.

By May, people were finding the ticks crawling on their legs, backs and necks. Now, in midsummer, daily encounters seem almost impossible to avoid.

…The ticks have brought a surge of Lyme disease in Maine over two decades, boosting reported cases from 71 in 2000 to 1,487 in 2016—a 20-fold increase, the latest federal data show. READ MORE.