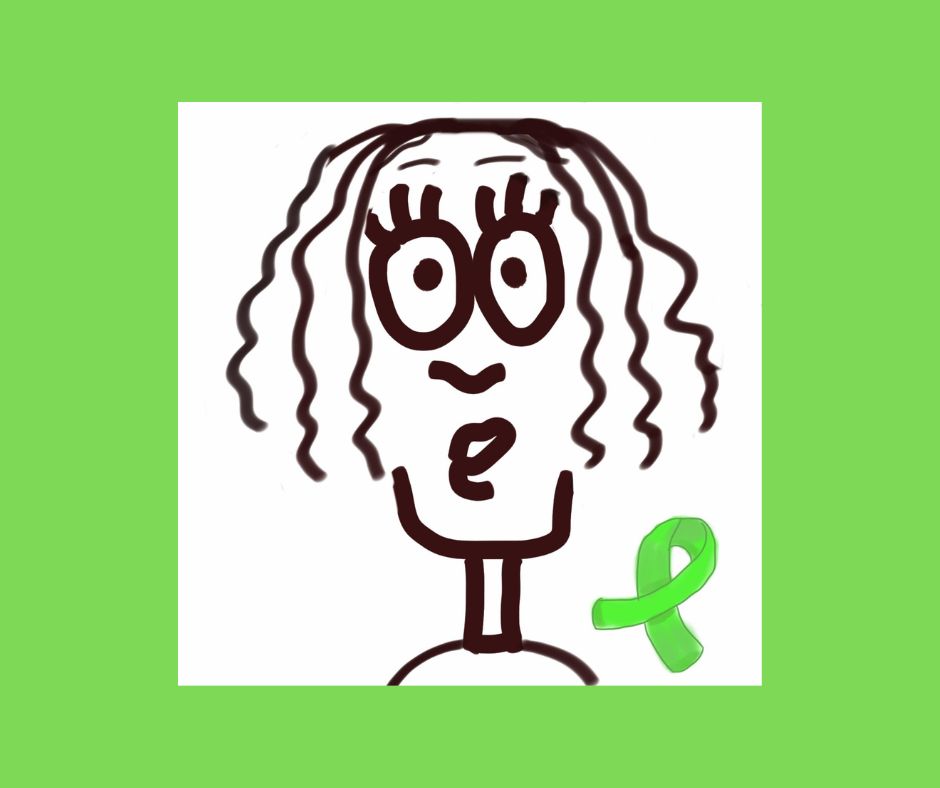 By Vicki Novinsky, aka “Miss Diagnoses”

How many times have you been asked whether you have tried celery juice?

I actually do eat a lot of kale, but somehow it hasn’t made me better all by itself.

People tend to recommend the latest medical trends to the chronically ill as if they will be a magic-bullet-fixit-cure-all.

Most chronic illnesses consist of multiple layers of hell that even people with several medical degrees cannot work out. A daily glass of celery juice will not make it all go away. 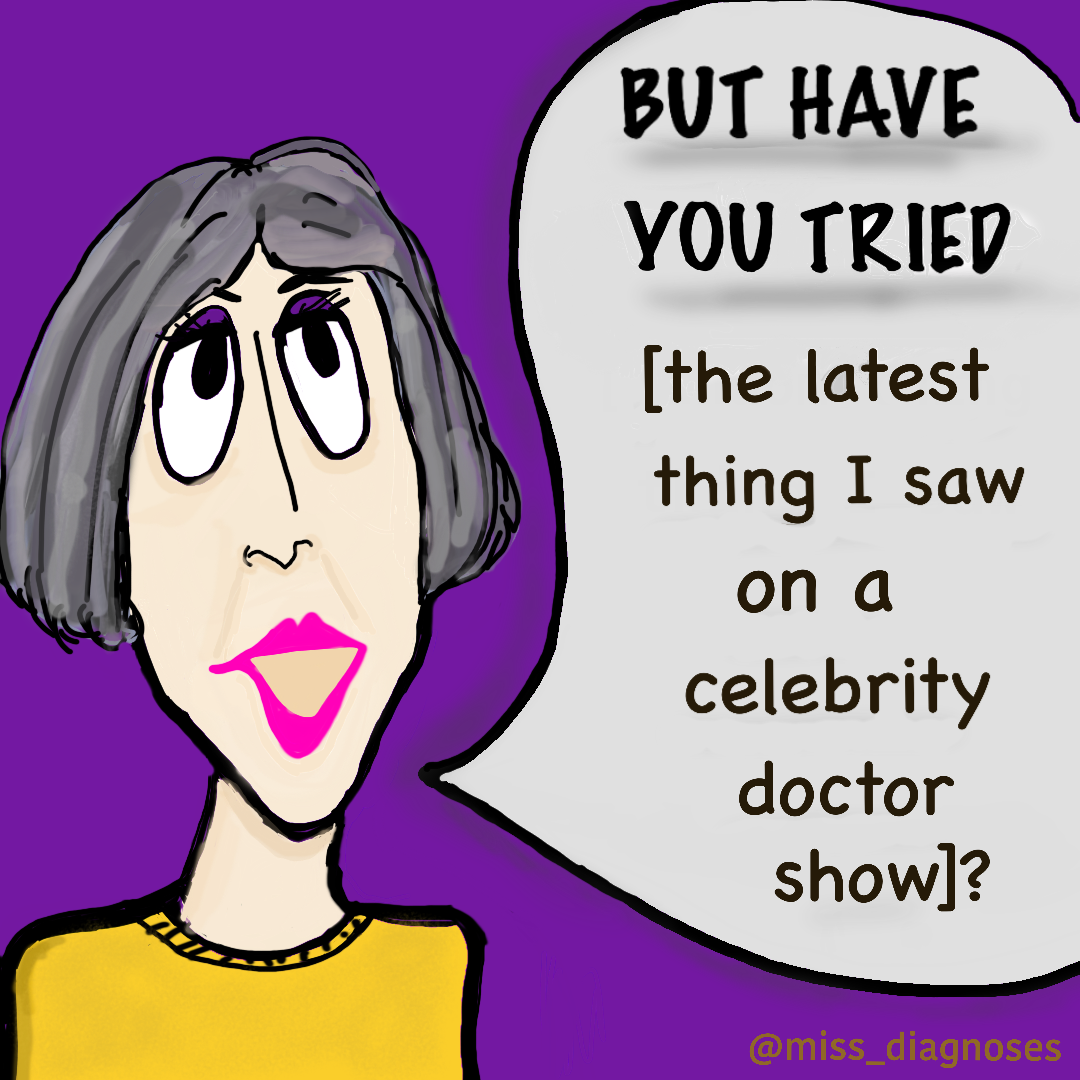 When someone makes a medical recommendation to a chronically ill person, the person has probably either:

3) would love to try the thing, but the thing is too expensive

4) has researched the thing and decided it’s not worth trying.

Some popular medical trends are actually harmful for those with spoonie-type illnesses.

For example, if you have hypermobile joints, you shouldn’t do stretchy yoga, and celery juice is high in oxalates and feels like tiny daggers in some people’s stomachs.

Getting it wrong on multiple levels 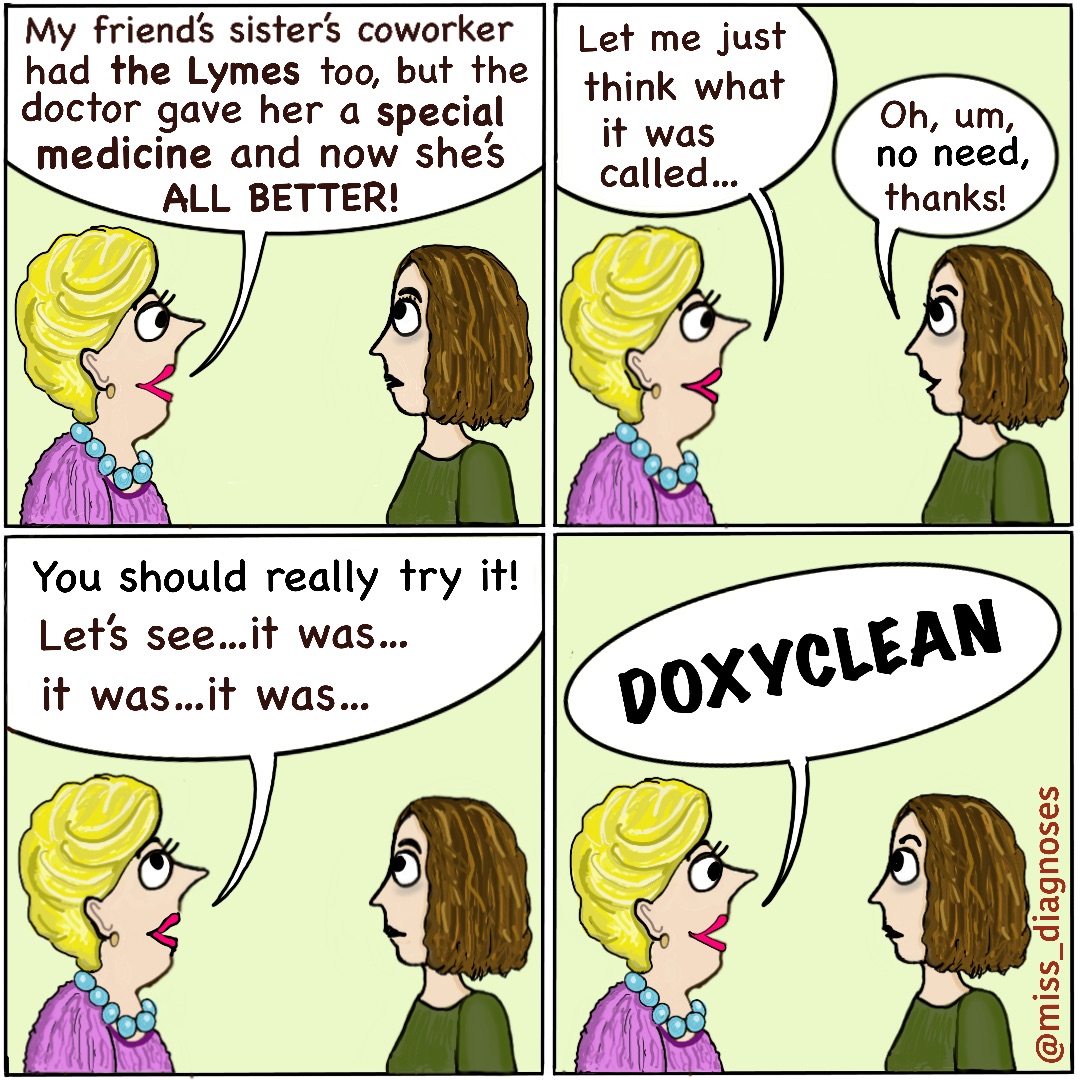 This actually happened to me. I wonder if the person really liked OxyClean, or maybe she wanted to clean dachshunds.

One of the biggest problems with Lyme disease is that doctors treat with a very short course of doxycycline, and if you don’t get better they won’t give you any more and you get a lecture on antibiotic resistance. (In contrast, you can get years of antibiotic for acne.)

The Lyme bacteria is incredibly complex and usually requires a much longer course of antibiotics, antibiotics and herbs, or other intense treatments (particularly later stages of Lyme). A few people can get better from a course of doxycycline in the beginning, but many don’t.

In my case, I took several years of antibiotics plus herbs and supplements, and I improved–but then I hit a plateau. I then found out I was living in toxic mold, so I had to start treating the mold symptoms. My health coach says that Lyme and mold toxicity go together like peanut butter and jelly. It’s kind of scary to think of them in a sandwich together.

Since becoming ill, I’ve spent years dashing from practitioner to practitioner, gradually finding people who had a better understanding of my body.

This ”healing journey” required obscene amounts of time and money. But I’m not anything near ”well,” because I keep developing new problems that become layered on the older problems. And then I have to find new practitioners and treatments to solve the new problems. And then I have to differentiate between spoonieness and problems of aging, now that I am becoming an Old. 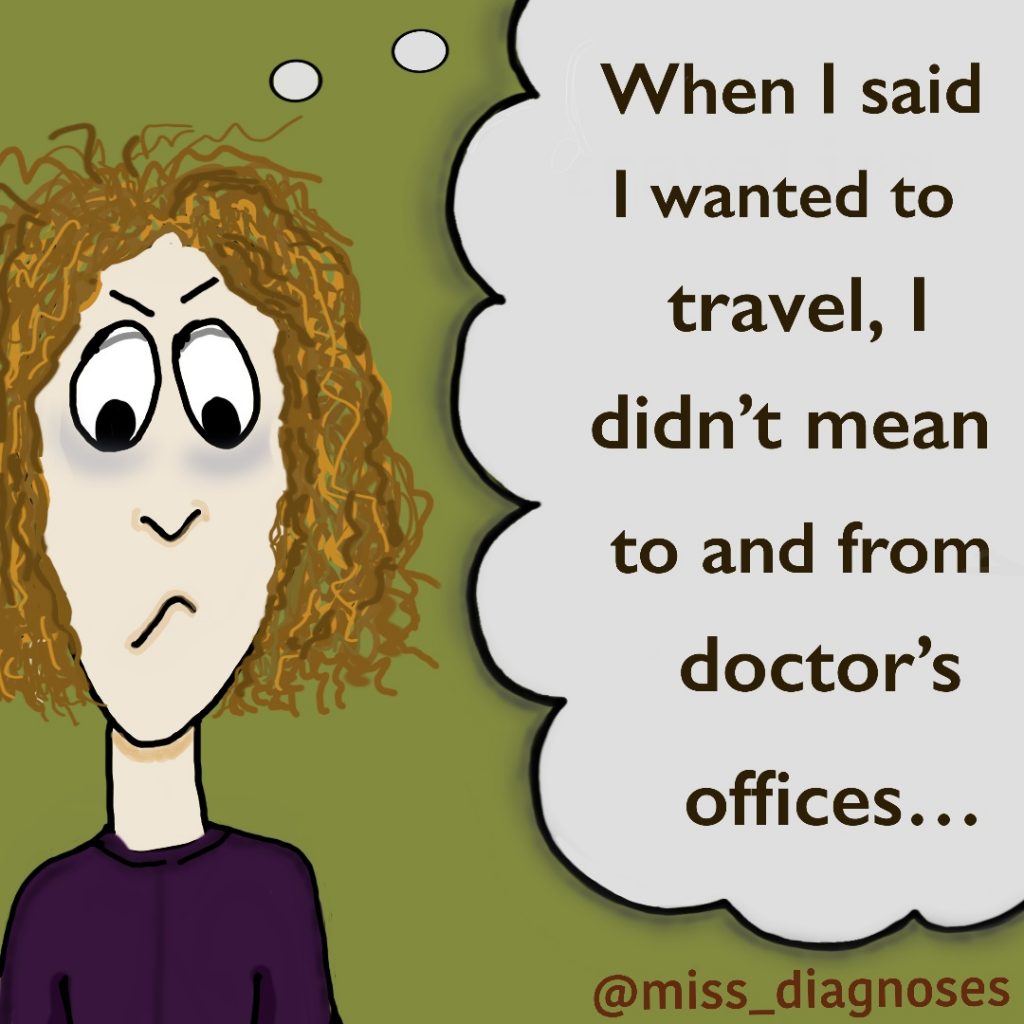 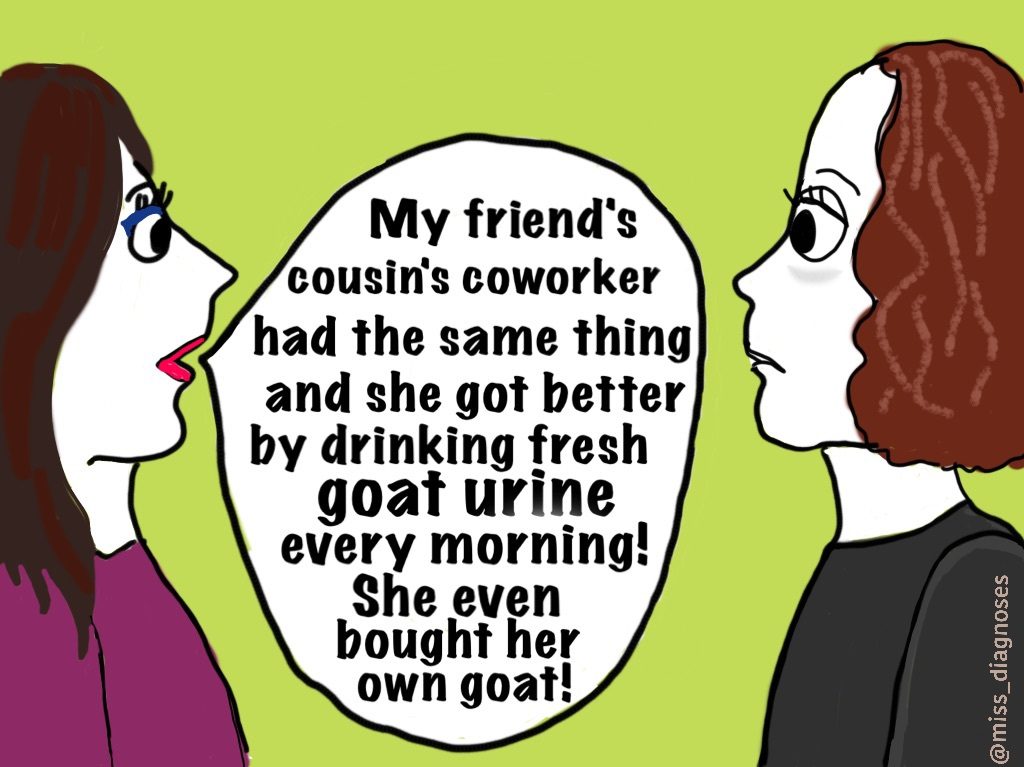 OK, I made them that one up. But there are really people who do something called “urine therapy.” I’m a big believer in functional medicine and alternative health, but there is a certain line I won’t cross. Urine is very much past that line.

Anyway, “Happy” Lyme Awareness Month/ME Awareness Month/Fibro Awareness Month/MCS Awareness Month. I’m going to go drink my celery juice now—just kidding! At one point I did try it for a while—it did pretty much nothing and the taste was…distinctive. It’s possible the person who invented the vomit emoji drank celery juice before creating the emoji. Still, celery is OK in small amounts and sometimes I throw one or two pieces into a smoothie and mix in enough fruit so it’s undetectable.

Please check out my previous “Things Not to Say to People With Invisible Illnesses.” It will probably be a really long series…

[Editor’s note: “Spoonie” is a term coined by chronic illness blogger Christine Miserandino. She used spoons to demonstrate how much energy a person with a chronic illness starts out with each day–and how much is used up doing simple tasks. The word is often used to refer to people with Lyme disease, ME/CFS, fibromyalgia, and other conditions that tend to drain one’s energy.]