LYMEPOLICYWONK: The CDC, the FDA and Lyme Disease Lab Tests 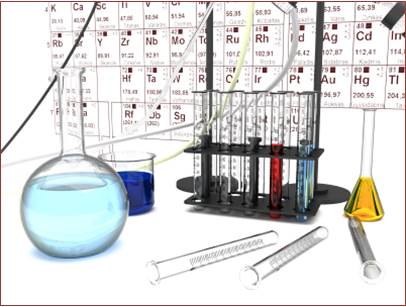 Yesterday, the CDC officially announced that it “recommends that laboratory tests cleared or approved by FDA be used to aid in the routine diagnosis of Lyme disease.” This is a shame. Waiting for FDA approval suppresses innovation in Lyme testing and furthers the interests of those who have vested interests in the current flawed lab tests which miss as many cases as they detect. Neither of these is good for patients.

This announcement, while official, is not unexpected. Last year, the  CDC amended its website to state that before the CDC will recommend new tests, “their performance must be demonstrated to be equal to or better than the results of the existing procedure, and they must be FDA approved.”

The CDC does not have jurisdiction over the FDA, of course.  And, the FDA permits the marketing of tests that do not have FDA approval.  Many tests on the market today fall in this category.  What the announcement means is that physicians and insurers will be less likely to accept non-FDA approved tests.  This means that patients who want these tests will need to pay for them out of pocket.  It also means that the entrenched lab tests that simply do not work will have more of the market to themselves.

This does not help patients.  It does not protect patients.  It protects vested commercial interests who currently market test that are highly insensitive. It also undermines any incentive they might have to improve their testing by protecting them from competition.

Is FDA approval required for diagnostic tests? No, FDA approval is only required for tests that are marketed to other labs.  Single lab tests, like those offered by IGeneX and Advanced Laboratory Services (ALS) do not require FDA approval.  Instead, federal law requires that they undergo a rigorous validation process established by the Centers for Medicare and Medicaid Services (CMS) and Clinical Laboratory Improvement Amendments (CLIA).  CMS and CLIA require developers to prove that their tests are accurate, precise, sensitive, and specific prior to marketing.  Both IGeneX and ALS diagnostic tests are CLIA and CMS approved. Why is the CDC asking for more than compliance with federal regulations? And, how do tests the CDC is targeting fare?  The IGeneX test is called on in a CDC “warning” issued in February 2005 cautioning against tests that “interpret Western blots using criteria that have not been validated and published in peer-reviewed scientific literature.”  IGeneX test reports specify whether the test results meet the CDC interpretation criteria, which requires 5 of 10 IgG bands. However, other studies were able to increase the sensitivity of the test to 93% or higher by using an interpretation requiring 2 of 5 bands.  So, IGeneX also reports this information.  Why is the CDC ignoring these studies which have a far greater sensitivity?

What about the ALS culture test?  The CDC surveillance criteria list “culture test” as an acceptable test, and culture tests are widely regarded as the “gold standard” of testing.  As noted above, the ALS test has been validated using the CLIA and CMS requirements.  However, it is a relatively new test.  A recently published study of the test demonstrated that it had sufficient sensitivity and specificity, but these findings should be confirmed in additional studies. Why not let patients–those who are affected by Lyme disease–determine whether they want to use this test pending further studies?

Patients want diagnostic tests with greater sensitivity so that patients can get diagnosed and treated.  A recent article pegs the number of Lyme tests performed annually at 3.4 million—which translates into a market of roughly $340 million a year.  The CDC recently revised its case numbers from 30,000 to 300,000. These numbers tell us that there is a lot more Lyme around that is not captured by the surveillance system, which relies heavily on flawed FDA approved tests.  They also tell us that commercially vested interests and the researchers they consult with may have a stake in keeping the status quo in lab testing regardless of how bad the tests are.

Centers for Disease Control, Concerns Regarding a New Culture Method for Borrelia burgdorferi Not Approved for the Diagnosis of Lyme Disease, MMWR April 18, 2014. 63(15); 333-333.

The American Association for Clinical Chemistry, which is a professional association of over 8,000 members concerned with blood diagnostic tests, has an extensive website describing diagnostic lab test validation requirements.  Interested readers should check it out.

Shah JS, Du Cruz I, Narciso W, Lo W, Harris NS. Improved clinical sensitivity for detection of antibodies to Borrelia burgdorferi by Western blots prepared from a mixture of two strains of B. burgdorferi, 297 and B31, and interpreted by in-house criteria. European Infect. Dis. 2010;4:56–60.