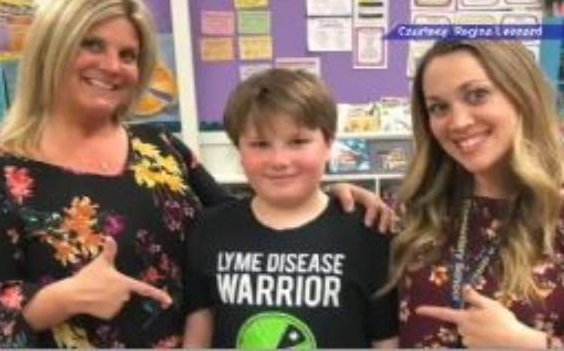 Lyme and other tick-borne diseases are soaring in the state of Maine.

You can watch both segments below.

In Part One: “We literally saw the rash spread before our eyes. Within 8 hours my kid couldn’t walk on his own. His hands were curled. He stuttered….There was a moment when I really thought my kid was going to die.”

In Part 2: Happy Dickey, the founder of MaineLyme says, “Everything after the tick bite is more complicated than preventing the tick bite. We need to make prevention second-nature to us.”