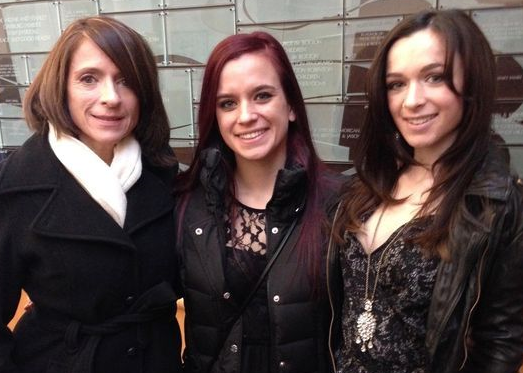 Our two daughters were ill for years and were misdiagnosed by countless specialists. Niki never had a tick bite that we saw nor a rash. Keara had a strange bite with a large solid oval rash around it when she was 2 years old; her pediatrician misdiagnosed it as a spider bite and she was never treated.

Each child began to become ill around the age of 11 or so. Niki tested negative on the conventional two-tier Lyme testing and became sicker over the next 2 1/2 years until finally testing positive with IGeneX Labs. About a year later, Keara would test positive with IGeneX as well. They both had Lyme, Bartonella, and babesiosis.

Niki tolerated most antibiotics, treatments, and supplements fairly well, while Keara struggled with each one she tried.

Niki had to drop out of her first year of college due to pain, brain fog and the brutal side effects of the treatments and, as she slowly began to regain part of her health over several years, she was able to gradually return to studying to become a veterinarian.

Keara’s worsening condition forced her to drop out of high school and to take home-bound teaching for a year and a half but she was able to return to school for her senior year to take just enough credits to graduate.

Keara began working in retail and wanted nothing more than to be like her peers. She was devastated that she was unable to go to college. She wanted to travel the world but was riddled with pain and disability.

In February 2017, she took her own life at the age of 19. Her sister Niki will never have her little sister by her side as her maid of honor when she marries one day. Her brother will never be able to sing and play guitar and piano with Keara again. We, her parents, will never see our daughter grow and thrive, all due to the misdiagnosis of her tick-borne diseases that affected every organ and every system of her body. We will never wrap our arms around Keara to hug and kiss her ever again.

Today I came across a small plastic bag of Keara’s trash. Finding and holding the empty, discarded false eyelashes package I found in the bag knocked the wind right out of me. The old makeup brush in there still has her precious DNA attached to the dirty bristles, doesn’t it? Perhaps there’s some scant remnant of her scent, her essence on the brush. Grief rises up unexpectedly every day, several times a day now.

The outdated and ineffective Lyme guidelines caused both our daughters such immense and unnecessary suffering and yet as parents the guilt that we could have, should have, and would have done more will always plague us.

Why didn’t we insist on more specialists, earlier recognition and more treatments? Why weren’t we able to protect our children? Why did we trust the doctors and tests? Why does the medical community and the CDC continue to throw up roadblocks to prevent early detection and adequate treatment? How many lives will continue to be devastated?

Kaethe Mitchell is a school nurse in Binghamton, New York. She is active with Southern Tier Lyme Support, Inc. This article originally appeared in the Poughkeepsie Journal.