LYME SCI: What smells like citrus and protects you from ticks? 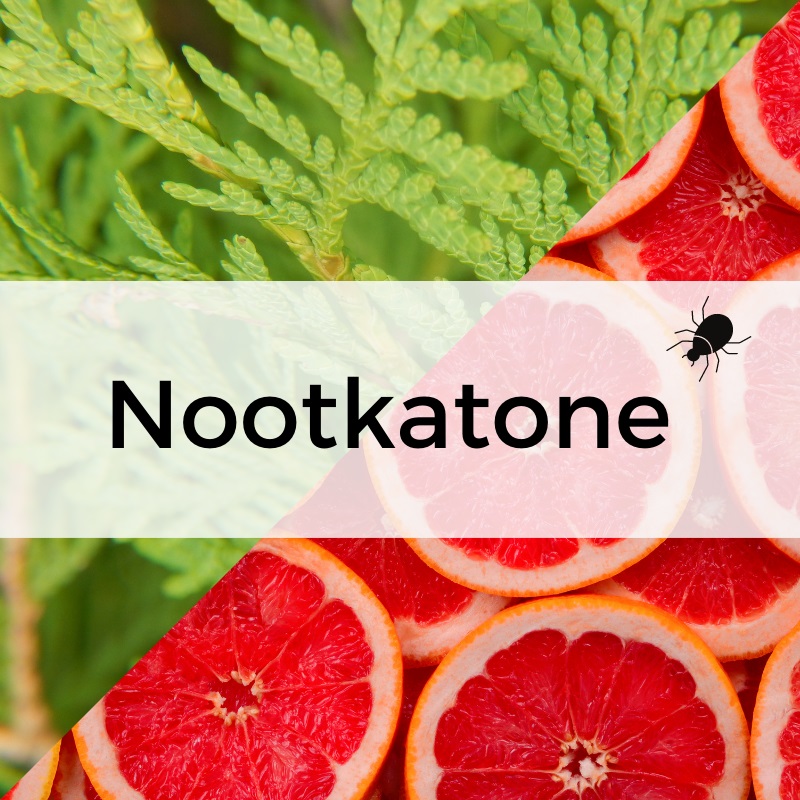 As many of us have discovered during the COVID pandemic shutdown, living like a hermit is no fun. Yet,  as we venture outdoors for a little diversion and exercise, it’s important to protect ourselves from ticks. However, there are a lot of repellents I will not use because of our cats, fish and bees.

Now, it looks like there may be new options for protection coming our way.

In July, the US Environmental Protection Agency (EPA) approved a natural compound known as nootkatone, for use in insecticides and pesticides.

Nootkatone is derived from nature and has been found to effectively repel and kill ticks. It is also safe for domesticated animals, birds, bees, butterflies, and the environment.

This paves the way for manufacturers to start developing nootkatone-based products for public use. Before these new products become available to the public, however, each of them must first go through safety testing and FDA approvals.

Nootkatone is a botanical extract found in minute amounts in the essential oils of the Alaska yellow cedar tree, alpinia plants, bitter cardamon and the skin of citrus fruits—especially grapefruit.

For millions of years, plants and trees have produced natural compounds to protect themselves from threats such as termites and mold. Nootkatone is one of these natural compounds. It is also what gives each of these plants/trees its distinctive smell.

Your grandmother’s cedar chest is a good example of the scent and the natural ability of cedar to repel moths and other insects from woolen clothes.

Nootkatone is non-toxic and has been commonly used as a fragrance in colognes and perfumes, and as a flavoring in foods and drinks for decades. “If you drink Fresca or Squirt, you’ve drunk nootkatone,” the CDC’s Ben Beard told the NY Times.

Now we know, nootkatone not only tastes and smells good but it also repels and kill ticks, mosquitoes, fleas, cockroaches, termites and bed bugs. Because nootkatone is non-toxic to humans, birds and animals, this may be the first bug-killing product that can be broadly used without harming the environment.

Thomas Mather, of the TickEncounter Resource Center, tells me, “We’re excited that EPA has approved nootkatone for vector control. In 2014, we tested an earlier formulation of the product for blacklegged tick control and found that it was one of only a few natural products that actually killed more than 50% of the ticks in our tests.”

Tick-borne diseases continue to spread throughout the United States. Yet, so far, there have been few governmental efforts to control them.

Lars Eisen, Ph.D., with the CDC’s Division of Vector-Borne Disease, wrote in 2010, “Mosquito control is a community responsibility; tick control is an individual homeowner responsibility. This may explain why currently in the United States, several thousand people are dedicated to mosquito control, whereas only a few dozen are dedicated to public-health related tick control.”

Little has changed in the last 10 years.

In 2000, the CDC filed a patent for “Compounds For Pest Control, and Methods for Their Use” after finding that nootkatone compounds were effective in killing ticks, mosquitoes and a variety of other pests.

[Specifically, the CDC patented the compounds that employ the “eremophilane sesquiterpenes” structure. This is a sub-class of “terpenes” that are derived from the essential oils of certain plants and trees known for their strong odor which naturally repels pests.]

Yet, here we are, 20 years later and ticks are still causing 8 out of every 10 cases of vector-borne (mosquito and tick) diseases reported to the CDC, with most of those being Lyme disease.

Kirby C. Stafford III, Ph.D., of the Connecticut Agricultural Experiment Station and colleagues conducted research utilizing nootkatone from 2003-2010.  (Dr. Stafford and Dr. Eisen are members of the Tick-Borne Disease Working Group sub-committee on “Tick, Biology, Ecology and Control.” I am also a member and I thank them both for generously sharing their research.)

Stafford’s research team found that nootkatone’s ability to kill ticks varies significantly, depending on how the compound is prepared and applied. Nootkatone that is formulated in a way that protects it from UV light is long lasting, effectively kills ticks and doesn’t damage plants.

In addition, they found that high-pressure perimeter spraying (versus backpack spraying) is more effective at getting into the leaf litter providing up to 28 days of protection from ticks— including nymphs.

When will it be available?

Unfortunately, the price of these pure essential oils has made it too expensive to use on a broad scale—until now.

In 2017, the CDC entered into an agreement with the biotech company Evolva to further develop nootkatone specifically. Since then, Evolva has developed a fermentation method allowing it to mass produce the ingredient in a 99% pure nature-identical form. (This means it is chemically synthesized and chemically equivalent, rather than a 100% pure extract.)

Because nootkatone is also being developed to control the mosquitoes that cause dengue, Zika, chikungunya and West Nile viruses, Evolva has received more funding than if it had been just for ticks.

According to Alexandra Dapolito Dunn, of the EPA, nootkatone has the potential to be used in future insect repellents and pesticides that will protect people from disease.

In many areas of the United States, Dunn said, mosquitoes have become resistant to currently available pesticides. “A new active ingredient in our toolbox will help vector-control programs.”

The CDC also predicts that products using nootkatone could be commercially available as early as 2022.

Experiments have also shown that soap containing nootkatone can wash ticks off of mice.

Imagine if nootkatone were formulated into simple, safe, and inexpensive personal care products like soaps, lotions, and shampoos. Imagine not having to look for tiny nymphal ticks (smaller than a pinhead) on you and your children after every outdoor activity.

This past weekend, my Facebook page was flooded with pictures of friends and family hiking, camping and enjoying the outdoors. I wondered if they’d taken precautions against ticks. Wouldn’t it be great if you and your kids could simply jump in the shower and easily wash away any tiny ticks that happened to be hitching a ride?