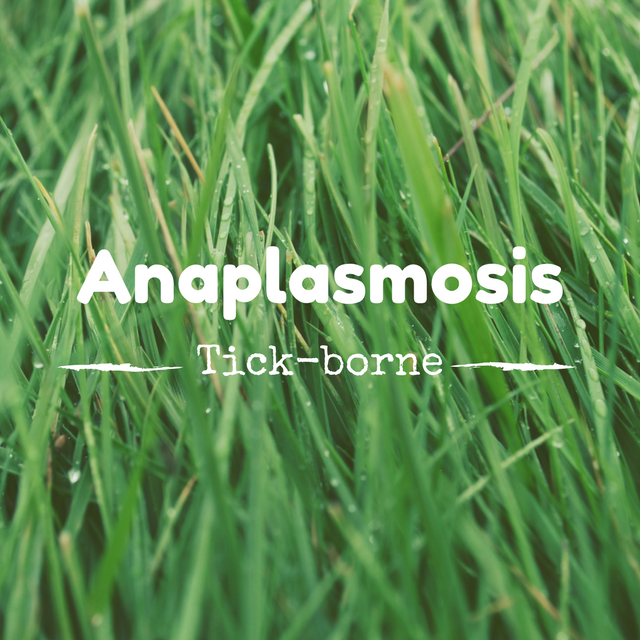 According to Richard Ostfeld, an ecologist at New York’s Cary Institute of Ecosystem Studies, the number of white-footed mice (the primary host for Lyme disease on the East Coast) is a close indicator of how much Lyme disease will be seen the following year.

And recent numbers indicate that 2017 will be a particularly bad year for Lyme and other tick-borne diseases—at least on the East Coast.

The blacklegged tick—Ixodes scapularis on the East Coast and Ixodes pacificus in the West—the primary vector for Lyme disease, can also transmit several other pathogens, commonly known as co-infections.

One of those co-infections is called anaplasmosis, which according to a large survey conducted by LymeDisease.org, occurs in about 5% of patients with Lyme disease. (see my previous post on co-infections here)

The geographic distribution for HGA is very similar to Lyme, because both diseases share the same primary hosts and primary vectors. The six states with the highest incidence for HGA are: Rhode Island, Minnesota, Connecticut, Wisconsin, New York and Maryland.

Mr. Ostfeld feels that the incidence of anaplasmosis is largely underreported, based on several recent studies. In one two-year study, 45% of wild white-footed mice tested positive for Lyme disease, Babesia and Anaplasma, suggesting high exposure rates to ticks that feed on them. Another study suggested that Anaplasma may act as a type of anti-freeze that helps ticks survive freezing temperatures. 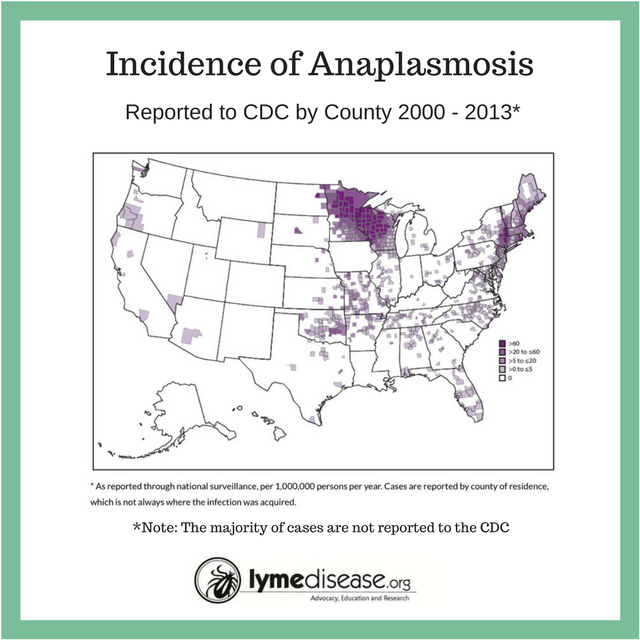 The majority of HGA cases are mild and self-limiting. Infrequently, however, complications like respiratory failure, peripheral neuropathies, bleeding/coagulation problems, pancreatitis and kidney failure may occur. Rarely, HGA can be fatal.

A delay in treatment can result in severe symptoms which may initially resemble toxic shock syndrome—a complication that sometimes arises from certain bacterial infections. Other serious viral or fungal infections can occur during the course of infection while the immune system is compromised. Some HGA patients may need to be hospitalized.

Co-infection with other diseases transmitted by Ixodes ticks (Lyme disease, Borrelia miyamotoi, Babesia, or Powassan virus) can complicate the course of HGA. If a patient has a delayed response to Lyme treatment and a low white blood cell count, it should raise the suspicion for possible co-infection with Anaplasma.

In addition, “If the patient is treated within the first five days of the disease, fever generally subsides within 24-72 hours.…Severely ill patients may require longer periods before their fever resolves.”

Forbidding Forecast For Lyme Disease In The Northeast

Anaplasma phagocytophilum induces Ixodes scapularis ticks to express an antifreeze glycoprotein gene that enhances their survival in the cold.