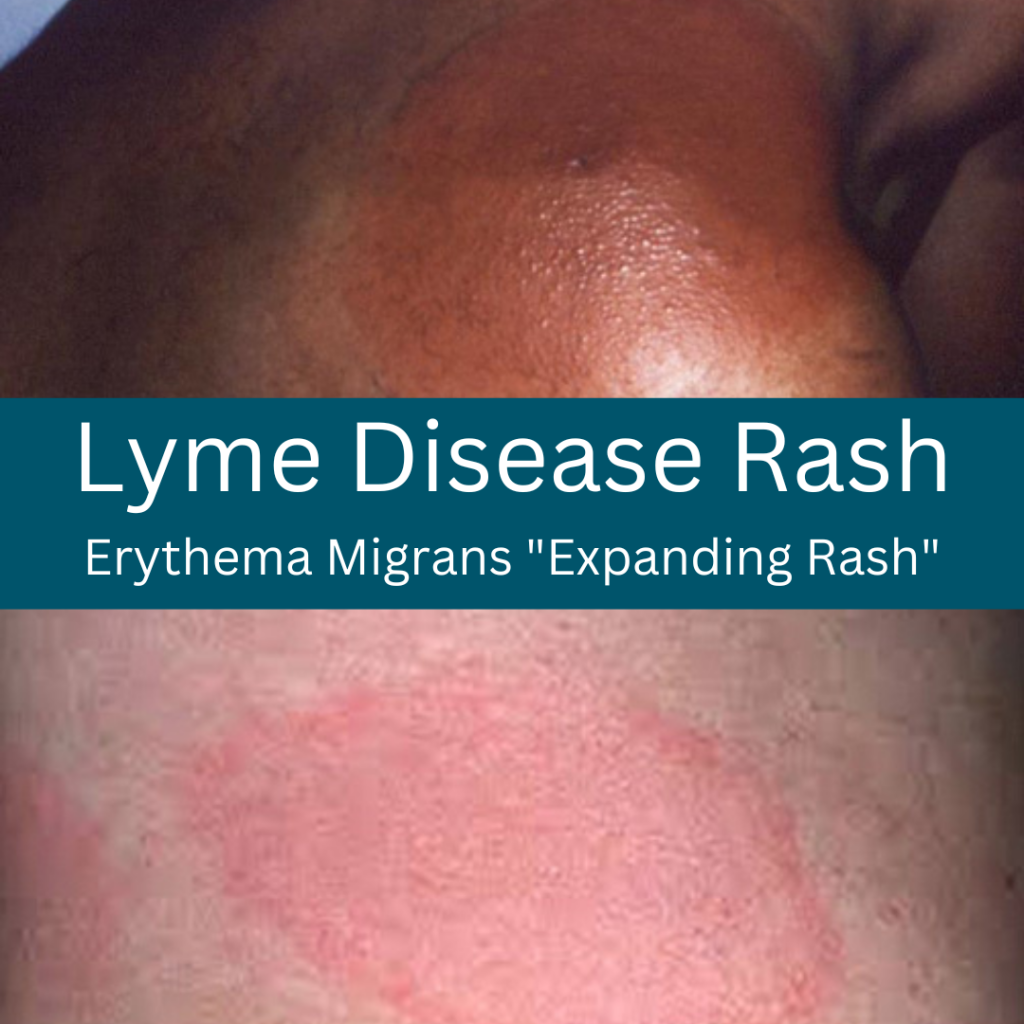 We often hear the terms “erythema migrans” and “bull’s-eye rash” used interchangeably. But they are not necessarily the same thing.

An erythema migrans, or EM, rash sometimes occurs when a person has been infected with Lyme disease. But not always.

And an EM rash is sometimes shaped like a bull’s-eye target—a red ring within another red ring, with a clear spot in the middle. But not always.

Unfortunately, misconceptions about these rashes can lead to people being told they don’t have Lyme disease when they actually do.

As a result, many cases of Lyme are missed in the early phase of illness when antibiotics are most effective.

A new study reviewed the rashes of Lyme Disease Biobank participants enrolled through the Marshfield Clinic Health System in Wisconsin.

The study entitled The Spectrum of Erythema Migrans in Early Lyme Disease: Can We Improve Its Recognition? found that most EM rashes appear uniform in surface color, and shape. They may or may not have central darkness or clearing, and only rarely present with a “bull’s eye” or ring-within-a-ring pattern.

In fact, only 6% of the inspected lesions looked like a bull’s eye.

In the study, researchers closely examined 69 participants with suspected early Lyme disease rashes. They identified 35 that met the criteria for erythema migrans and found that:

Lyme rashes typically appear between 3 – 30 days after infection. Notably, in this study more than half of the EM rashes lasted a week or less. (My advice: if you get a rash, take a picture of it, pronto!) 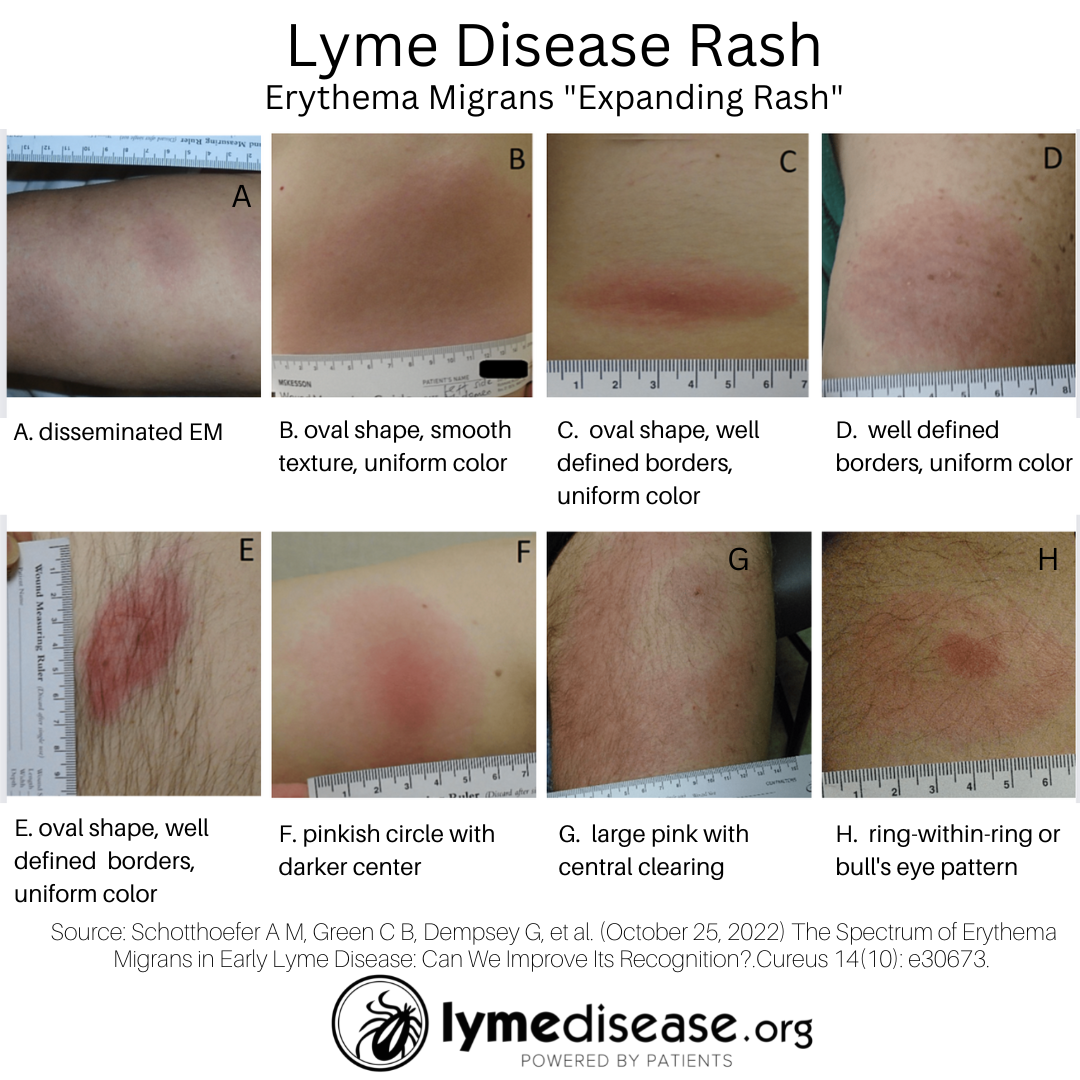 The study also found that patients with EM lesions were more likely to report symptoms including headaches, body aches and nausea.

In addition, of the 35 participants with diagnostic EM rashes, only 37% tested positive for Lyme disease during the acute phase. Meaning the diagnosis of early Lyme cannot rely on test results alone. Instead, it must be based on signs, symptoms, and history of tick exposure.

Given the risks associated with a delayed diagnosis of Lyme disease, it is crucial for healthcare practitioners—and the public—to understand the shortcomings of the standard test and the fact that the majority of EM rashes do not look like a bull’s eye.

Limitations of the study

The majority of the participants were men (62%) and all reported their race as White or non-Hispanic. Because all participants were from Wisconsin, it is possible that region of US may affect color and shape of the rash. It has also been suggested that the shape and color of EM may be related to the duration of tick attachment as well as the location of the body.

Click here for more information about the Lyme Disease Biobank, a project of the Bay Area Lyme Foundation.