TOUCHED BY LYME: “Not Lyme disease”–or misdiagnosis by geography? 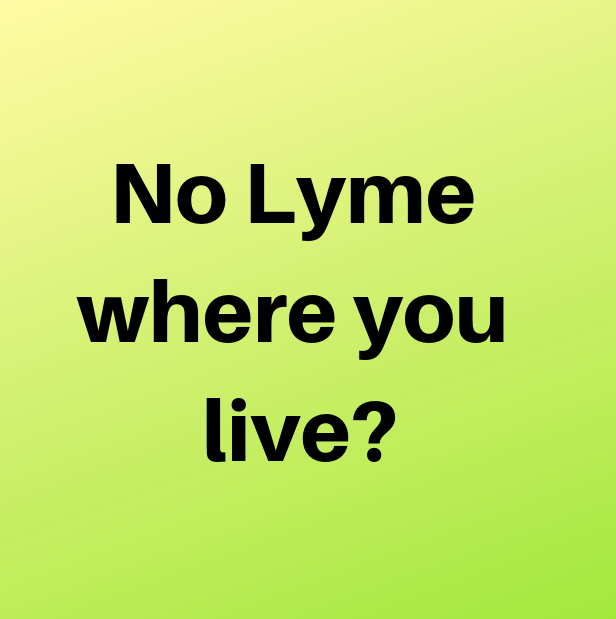 My name is Dorothy Leland and I live in Davis, California.

In 2005, my then-13-year-old daughter became seriously—mysteriously—disabled with unremitting, body-wide pain that kept her in a wheelchair for more than three years.

Medical experts we consulted had no clue what was wrong and could do nothing to help her.

When we asked if it could be Lyme disease, they answered emphatically “NO!” Because, they said, there’s no Lyme disease where we live.

That’s what I now call “misdiagnosis by geography.”

That was 13 years ago. Eventually, we found Lyme-knowledgeable practitioners who recognized what she had and led her back to health. It was a long, arduous process.

I soon became involved with LymeDisease.org and also co-authored a book called “When Your Child Has Lyme Disease: A Parent’s Survival Guide.”

Over the years, I have met hundreds of Lyme patients and their families—either in person or online—literally from around the world.

And “misdiagnosis by geography” is one of their chief complaints.

Whether they live in California, New Mexico or Arkansas…Canada, the UK, or Australia…they tell me that when they first went to the doctor, they were told it couldn’t be Lyme disease—because there is no Lyme where they live.

For years, the CDC insisted that virtually all Lyme cases in the US took place in only 14 states.

That assertion was weaponized against Lyme-infected people in the other 36 states—often making it so doctors refuse to even consider Lyme disease in their differential diagnosis.

As a result, untold numbers of people lose the crucial advantage that comes from early treatment of the illness, when a good outcome is most likely.

Instead, they are left to suffer without proper medical care, taking a severe toll on their health, their livelihoods, and their family relationships.

In the case of sick children, it can steal their childhoods and derail their educations—at a huge cost to themselves, their families and society at large.

While the CDC’s narrow surveillance data says Lyme is sparse outside of the magic 14, other sources paint a different picture.

Quest Laboratories reports that it has found Lyme disease in all 50 states.

The FAIR insurance database shows large numbers of Lyme-related claims throughout the US, including in states considered “low incidence” by the CDC.

And LymeDisease.org’s patient registry—MyLymeData—reports many more cases in those outlying states than the CDC does.

Lyme-related “misdiagnosis by geography” should not be “a thing” in the US any more. Our system for tracking Lyme cases is broken and must be fixed.