TOUCHED BY LYME: How the Lyme media landscape changed significantly in 2013 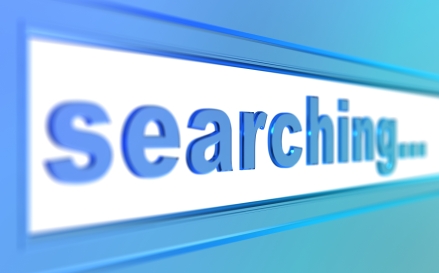 Lyme disease in the public eye–have we reached a tipping point?

When I first fell into the Lyme world in 2005, desperately seeking a way to help my seriously ailing 13-year-old daughter, it was hard to get my hands on useful information. My local library offered next to nothing. Amazon had some titles with the word “Lyme” in them, but few that pertained to our situation. There was some material online, but I found much of it contradictory and confusing. Very few news articles about Lyme disease ever showed up in a Google search. And although The Lyme Times existed, I didn’t know about it. (Even the major Lyme advocacy groups—including this one—had only scant information on their websites at that time.)

Lucky for me, I found on-line support groups like Lymenet.org and CaliforniaLyme. Suddenly, here was a mother lode of information about Lyme disease, coinfections, and treatment, distilled from people’s hard-won personal experience. But it wasn’t organized for easy mining. For many months, in little dribs and drabs while my daughter slept, I scoured the archives of those groups for every scrap of information I could unearth. At some point, I also signed up for Google alerts for “Lyme disease,” so I’d be notified whenever a newspaper article about the topic was published online. In those days, the alerts came few and far between.

By 2008, most of the Lyme advocacy groups had revamped their websites, becoming better sources of information. Also, several other important developments shifted the Lyme media landscape that year: the publication of Pamela Weintraub’s groundbreaking book Cure Unknown: Inside the Lyme Epidemic; the release of the documentary film Under Our Skin; and the civil investigation of the Infectious Diseases Society of America’s Lyme treatment guidelines by then-Connecticut Attorney General Richard Blumenthal. Google alerts for Lyme disease mentions in newspapers started popping up more frequently.

Many of the articles were from low-circulation newspapers in small towns across America. Often they profiled a local person suffering from Lyme disease and promoted an upcoming showing of Under Our Skin. (Under Our Skin would hold hundreds of community showings, many of which resulted in such newspaper stories.) However, on the internet, even an article from a small local newspaper can be read anywhere in the country—or the world. Soon, “local” was “global.”

In 2009, the California Lyme Disease Association (now LymeDisease.org) created blogs on our website to post links to such news articles as well as to provide original coverage and commentary about Lyme-related issues. The blogs quickly became a destination for people seeking topical information about Lyme disease. Also in 2009, we became one of the first Lyme advocacy groups to establish a strong Facebook presence. Over the next few years, Facebook would become a significant news channel for Lyme information, as well as a good way to connect members of the Lyme community worldwide.

Fast forward to 2013, which has turned out to be a banner year for national news coverage about Lyme disease. There were major articles in the New Yorker, the New York Times, the Boston Globe, the Huffington Post and more, while the Poughkeepsie Journal continued the award-winning investigative Lyme series it started in 2012.

Furthermore, when the CDC boosted its estimate of Lyme cases from 30,000 to 300,000 annually, it received wide attention in newspapers, TV and radio. This coverage was significantly amplified by Lyme patients using a variety of social media channels, most prominently Facebook and Twitter. Social media also played a big part in organizing activists in 30 countries (and 32 states in the US) for May’s Worldwide Lyme Protest.

2013 also saw the rise of an unexpected Lyme spokesperson. When Yolanda Foster, a cast member of the TV show “Real Housewives of Beverly Hills” started tweeting about her struggles with Lyme disease, the story was picked up by various media, including online celebrity gossip websites. When The Lyme Times published a cover story on Foster, the front of the magazine was posted on the celebrity website “Wetpaint,” which has 15 million unique visitors every month. Here was a brand new audience for Lyme awareness messages!

The year also saw publication of a new book by Dr. Richard Horowitz, “Why Can’t I Get Better? Solving the Mystery of Lyme and Chronic Disease.” Not only is it an excellent source of information for patients, but it has proven to be a good vehicle for media coverage. Horowitz has been widely interviewed about the book by newspapers, TV, and radio, including ABC-TV’s Katie Couric show.

Yes, the Lyme media landscape has changed considerably since I first looked for information in 2005. An Amazon search now turns up more than 500 books about Lyme disease. The major Lyme advocacy organizations have highly informative websites. Social media channels (including LymeDisease.org’s nationwide network of on-line support groups) offer an easy way for people with Lyme to connect with each other and find information they need.

I still get Google News Alerts for “Lyme disease.” Now they come thick and fast, 10-20 per day, sometimes even more. I think we’ve reached a tipping point, with Lyme disease finally getting some recognition in the public eye for the serious health risk it poses. Now that we’re on the media’s radar, our challenge is to use this visibility to press forward for our cause. There is still much work to be done.