Lyme disease patients fight for their lives while researchers squabble 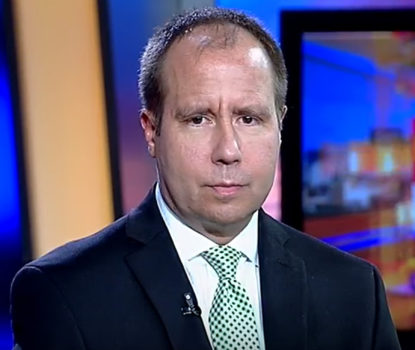 For patients, there is often nothing more soul-crushing than being inexplicably sick with doctor after doctor having no answers, or getting the wrong diagnosis and being led down the wrong path with the wrong drugs.

But for patients with Lyme disease, either or both is common, because its every aspect has been so bitterly contested by scientists that the conversation has been sourly referred to as “The Lyme Wars” in medical journals.

And yet this should not be a solely academic debate: The Centers for Disease Control and Prevention estimated in 2013 that roughly 329,000 new cases of Lyme occurred every year when around 30,000 were reported.

Not just in the US

But this is not just an American story: Lyme disease is well established in Canada and on the British Isles, it’s endemic in many parts of Europe, it’s been reported in China and it’s even been seen in Japan and South Korea. We’re in the midst of a pandemic.

Every facet of this infection has been mired in scientific controversy at the research level, often leaving clinicians and their patients at a loss.

Though it can sometimes be associated with a “bull’s-eye” rash, known as erythema migrans, most Lyme patients never get any rash at all: The original published studies on Lyme documented a history of a rash in only 25 percent of cases.

And even in people who manifest the rash — despite its reputation for being easily identifiable — misdiagnoses abound because doctors are looking for the stereotypical bull’s-eye appearance when the reality is that about 80 to 90 percent are solid pink rashes with a round to oval shape and never blanch in the center.

A study from Johns Hopkins demonstrated that 23 percent of Lyme rashes are not properly diagnosed. 9, 201913:00

The blood tests used to diagnose Lyme are four decades old and unacceptably inaccurate: A review of eight studies that evaluated the effectiveness of these tests revealed that they miss more cases than they diagnose.

The result is that many people go undiagnosed and misdiagnosed, leading to a life that can be devastatingly altered or worse.

Lyme can be extremely serious, able to wreak havoc throughout the body — affecting the nerves and brain, the joints, the heart, the eyes and everywhere in between, resulting in anything from arthritis and mental illness, heart failure and dementia.

It’s linked to a staggering list of symptoms and syndromes, and can be likened to its close cousin, syphilis. Lyme can even be deadly.

Treating Lyme can be as daunting as diagnosing it. Treatment failure rates after a three- to four-week course of antibiotics can be high, even in the early, more effectively treatable stage of the disease.

Though many studies report an approximately 20 percent treatment failure rate in early Lyme, a Johns Hopkins University study showed that 39 percent of Lyme patients in the early stages of Lyme had persistent symptoms or functional impacts six months after treatment.

Another study from the Western Connecticut Health Network demonstrated that 61 percent of early-stage Lyme patients continued to have their symptoms six months after they were treated.

And in a study of late-stage Lyme patients who went at least six months before treatment, upwards of 30 percent didn’t respond at all to a few weeks of antibiotics and, in those who did improve, 100 percent continued to have symptoms — there were no cures.

There is additionally decisive evidence that Lyme bacteria can survive in mammals despite antibiotic treatment. For example, in monkey studies — our most accurate animal model —the recommended antibiotics often do not cure the animals, with Lyme bacteria demonstrated in their tissues after treatment. 9, 201605:00

So what does this mean for patients who are living with chronic illness after having failed the Infectious Diseases Society of America recommended short course of antibiotic treatment for Lyme?

The number of patients living with chronic Lyme is staggering, with estimates as high as 2 million people in the U.S. alone. And these patients are often very sick, with profound quality of life impairments which studies show can be more severe than for many other chronic diseases.

Live Lyme bacteria and its identifying DNA have been isolated from these patients after many months to even years of antibiotics.

That includes from a patient who died from chronic Lyme when her medical insurance refused to cover treatment, despite the CDC having grown live Lyme bacteria from her spinal fluid after antibiotics failed.

Yet some medical societies, such as IDSA, refer to Lyme patients who continue to have symptoms after a short course of antibiotics as having something they call “post-treatment Lyme disease syndrome” and even reiterate that the antibiotics they recommend readily “cure” Lyme.

They posit, instead, that PTLDS is an illness of unknown origin but with the same symptoms as Lyme, which just happens to come on after Lyme is “cured” with a short course of these antibiotics.

Clinicians may have taken notice of the gaps of logic associated with the PTLDS theory: A CDC study published in 2015 found that the majority of patients were prescribed antibiotics to treat Lyme for longer than the IDSA recommendations.

This notion of a PTLDS is even more untenable given that studies show that the antibiotics recommended by IDSA to cure Lyme disease don’t even eradicate the organism in the test tube.

Clearly, we need more and better research into this polarizing — and frequently disabling —modern plague. The question is why this research isn’t being done, given the scale of the problem and the length of time we’ve been aware of the disease.

It’s scandalous that, for such a common and serious chronic infection, over the past 20 years there have been only three NIH-funded randomized controlled trials evaluating antibiotic re-treatment of Lyme patients who remain ill after a short course of antibiotics.

Two of them demonstrated benefits to re-treatment and the one which did not was fraught with invalidating biostatistical design errors.

But the invalidation of the latter hasn’t stopped scores of researchers from claiming that there’s conclusive proof that antibiotics don’t help chronic Lyme. Some have even taken the leap to insist that there’s no evidence for persistent infection in chronic Lyme, despite the flagrant evidence that there is.

What role does bias play?

Innovation will always be a deviation from the known — which makes people uncomfortable and is frequently regarded with bias. One type, called confirmation bias, refers to the tendency to interpret new evidence as confirmation of one’s existing beliefs.

For example, in the chronic Lyme antibiotic re-treatment studies, not all improvements lasted: Some patients relapsed once antibiotics were stopped.

Pro-chronic Lyme researchers have stated that, since patients responded to antibiotics but not placebo, it means that they’re still infected with Lyme bacteria and that better and more durable treatments should be evaluated in repeat studies.

Anti-chronic Lyme researchers have stated that, since the treatment doesn’t work permanently, there’s no evidence of persistent infection with Lyme bacteria and no further research should be performed.

And there’s been no middle ground due to bias blind spot, which refers to the ability to point out bias in the judgment of others, but being unable to recognize bias in one’s own judgment.

Because bias blind spot is ubiquitous and more severe in smarter people — and physicians tend to be smarter than average — we’ve got the makings of a real problem.

Add in the reinforcing powers of group dynamics, and bias reigns supreme in academic medicine.

And that, in a nutshell, is why so little progress has been made in figuring out how to help patients who are very clearly suffering from something medical science has already identified and should have started to better understand decades ago.

But until we stop regarding sick patients — and their doctors — with suspicion based on outdated understandings on how “every” bacterium functions in the body and responds to antibiotics, bias and not science will determine how we respond to this ongoing plague.

Steven Phillips, MD, is a Yale-trained physician and researcher who specializes in the treatment of complex vector-borne infections. He has served in an official capacity as a Lyme disease expert for the states of Connecticut, New York, Rhode Island and Vermont, and his practice is located in Wilton, Connecticut, near the epicenter of Lyme disease. Dr. Phillips’ book “CHRONIC” will be published May 2020. (New pub date: Feb. 2021)