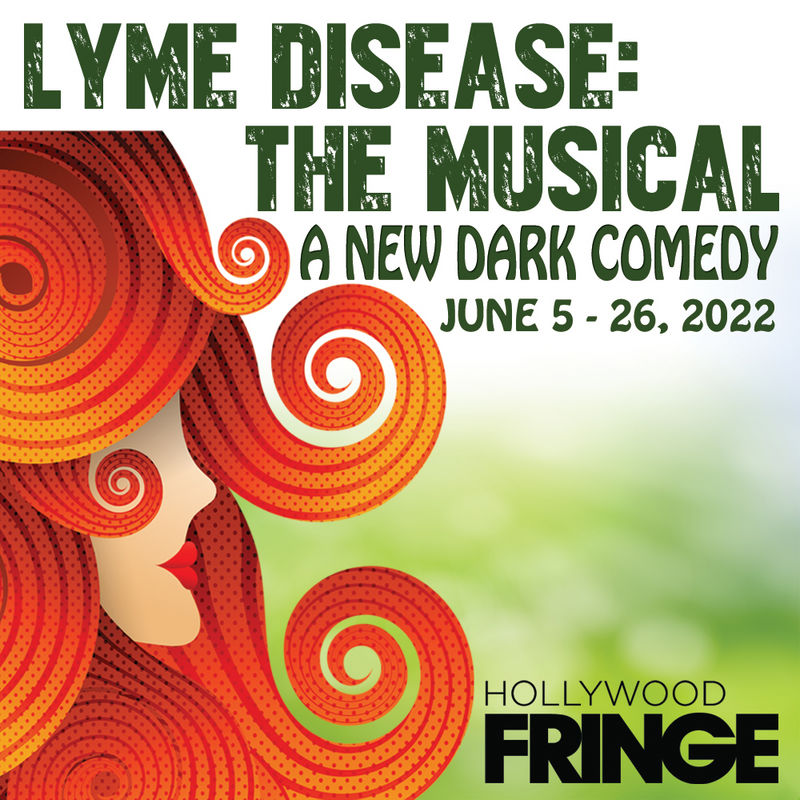 Lyme disease is no laughing matter, but during her eight-year struggle with the illness, Ellen Thompson turned to humor to cope.

The result is “Lyme Disease: The Musical,” a dark comedy premiering at this year’s Hollywood Fringe Festival.

The story follows an optimistic young woman stricken by a mysterious illness. She must navigate unsympathetic doctors, disbelieving friends, and her own depression as she fights to recover both her health and sense of hope.

Meanwhile, inside her bloodstream, two star-crossed Lyme disease bacteria fall in love at first sight. Alas, their love is doomed – because antibiotics are coming to kill them. Thompson wrote the book and lyrics, and Hughie Stone Fish composed and produced the music.

In 2015, Thompson spent 10 months sick with Lyme disease, unable to get a diagnosis. The experience of not being believed by doctors led her to write the song, “It’s All in Your Head.”

Doctor behavior was “inept and sexist”

“It’s shocking to me that when doctors don’t understand your condition, they assume you’re making it up,” Thompson said.

“I didn’t fictionalize the doctors in my show. Their behavior in real life was comically inept and sexist. I grew up watching the TV show ‘The Kids in the Hall,’ and they’re my biggest influence to this day,” she explains. “I love a good social commentary cloaked in comedy.”

When Thompson, an award-winning writer and graduate of NYU Tisch School of the Arts, decided to produce the musical, she turned to her best friend since childhood, Robert Glen Decker to direct. Decker previously directed productions of McCready at the Hollywood Fringe Festival and off-Broadway in New York, as well as numerous other musicals.

The cast of “Lyme Disease: The Musical” includes Taylor Murphy-Sinclair, Todd Risenmay, Zozo Chen-Wernik, Candice Brock, Brendan McCay, and Eric Delgado. The show is recommended for ages 18+ due to language.

The Hollywood Fringe Festival is an annual, open-access, community-derived event celebrating freedom of expression and collaboration in the performing arts community. This year’s festival runs from June 9-26, 2022.