TOUCHED BY LYME: Her disability benefits for Lyme finally came through 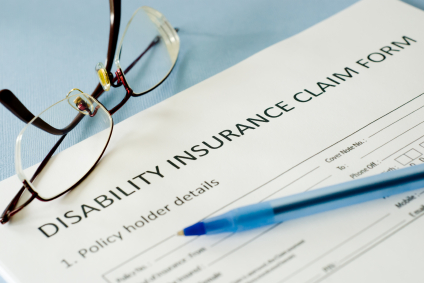 This guest blogger, who prefers to remain anonymous, outlines what she went through to obtain disability for Lyme disease.

I was diagnosed with Lyme disease in July 2011 after suffering from severe illness the previous year and having “health weirdness” most of my life. I was living in New York City in 2010 and started to make visits to the ER, gastroenterologist, oncology doctors and an endocrinologist. Despite being on the east coast, nobody thought to evaluate me for Lyme disease.

No longer able to work, I returned to Colorado to move in with friends and family members. I found a disability attorney on line and saw him in March 2012. He and his team had been practicing for 30 years and only handled disability cases. Of course I had read on-line all the discouraging stories of filing for disability as a Lyme patient but went forward believing I had nothing to lose. My attorney had processed several Lyme cases but he never told me if they were granted an award or not. In hindsight I believe he did not want to discourage me.

I was told that 75% of all cases are initially denied. I was not surprised when six months later my application was indeed denied. My attorney submitted an appeal and I was told it would take a year to get a hearing date.

In May 2013 I had exhausted every bit of my finances and had the opportunity to work as a temporary employee which would have  discontinued my disability claim. Around the same time my attorney wanted me to take some sort of physical ability test as he thought this would help my case tremendously. This test was going to cost me $500 and it would be unknown if this would help me win.

I thought about it overnight and the next day got a fire in my life and basically told me attorney that disability could Suck It! Ha. I was going to work even if I had to crawl there every day and sleep under my desk to rest. I needed money in order to continue my treatment and  I so badly wanted some of my old life back. I was completely unsure if I would be able to work at all but I had to try.

At this point my attorney told me that we could file for closed-end disability which would date from December 2010 to May 2013. By doing this I would be allowed to work and make money and still go forth with my claim. I decided to do this, and soon had an August, 2013, hearing date.

From the time that I was diagnosed with Lyme I saw only my Lyme doctor.  Since my LLMD was getting me better, I never wanted to see anyone else and couldn’t afford to anyway. Because of this my medical file was quite small compared to most disability cases. The only other medical documentation that was part of my file was from 2010-2011 when I was NYC and was very ill.

Disability had me go to a psychiatrist of their choosing to see how I was doing. This visit neither hurt nor helped me case. It did show that I had slight mental limitations, which was true. At that point I was still very ill and even going to the psychiatrist’s office that day was difficult. Disability never had me see a regular MD.

On my hearing date I met my attorney at the SSI office downtown.. He told me that the judge would ask me questions and then my attorney would follow up with others. We had never discussed beforehand what I should say and we had so little time that we both held our breath and went in the courtroom.

The judge asked me pointed questions about my condition, limitations, how I was dealing with the disease, how Lyme changed my life and how I was able to return to work. I was calm and answered the questions succinctly and honestly. When the judge asked me how Lyme had affected my life, I had a mini breakdown.  That question made everything seem so very real.

My attorney followed up with asking me if I had insurance through my disease, which I did not and he asked when was the last marathon I ran. He posed both questions because my lack of insurance held me back from seeing many doctors (which I would not have done anyway) and my marathon run showed that I had had a very active life before my disease.

The judge said, “Based on what you say about your condition, your doctor’s notes and the letter your sister filled out regarding your condition, I am going to grant you disability.” I started to cry.

I kept crying after I left the courtroom. I was overwhelmed. After I had gained my composure my attorney ’fessed up that he did not think that I was going to win. I don’t think he ever thought I would win due to my main symptom being fatigue and my limited medical documentation file.

He did tell me that I did very well in the courtroom and came across as earnest and truthful…and that is because I was. I spoke from my heart with no coaching from anyone. Also, my doctor filled out all of the required forms with great detail and great care. That made a great impact on my case.

I received my award letter on October 31st and have yet to receive my lump sum payment…but it is coming.

My attorney is still surprised that I won and at the amount of my award.

Possibly because my case was closed-end and I made it very clear to the judge that my only desire was to get my normal life back, he saw me as the case that was valid. I will never know but encourage every Lyme patient to find a great attorney and start the process now because it is a long one. They have nothing to lose.

I am very grateful. The money will never make up for the hardship that Lyme brought to my life and I would trade every cent for a completely healthy body but it is good to have the means to restart my life when I am able.

The person who wrote this guest blog doesn’t have the money yet, and prefers to remain anonymous until the check is in hand.