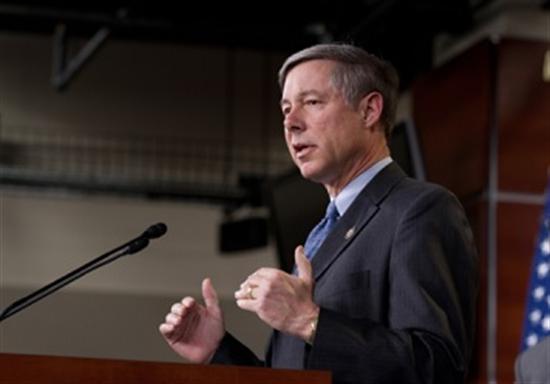 This press release from the Lyme Disease Association, provides important links and background information about the proposed bill:

The Energy & Commerce Committee (E&C) passed The 21st Century Cures Act, HR 6, by a vote of 51-0, on May 21, 2015. Chairman Fred Upton (MI) included in an expected amendment to the sweeping public health legislation, the exact language from the Tick-Borne Disease Research Accountability and Transparency Act of 2014 (C. Gibson-NY), into which LDA and the Lyme community provided input and secured full House passage last Congress. Click here for HR 6 bill text amendment (Lyme – p.46)

The Lyme disease language in HR 6 sets up a working group with patients and physicians at the table and contains language requiring the Secretary of Health & Human Services (HSS) to submit a strategic plan to Congress to include “a plan for improving outcomes of Lyme disease and other tick-borne diseases, including progress related to chronic or persistent symptoms and chronic or persistent infection and co-infections; … a plan for improving diagnosis, treatment, and prevention.”

The language also specifies that the Working Group established shall meet at least twice each year and that it shall be subject to the Federal Advisory Committee Act (FACA), which requires transparency in operations of the Working Group. Under FACA, meetings must be publicly announced, open, and provide an opportunity for divergent viewpoints. Minutes, as well as other records and reports must be made available to the public. FACA also stresses the importance of having a fairly balanced membership in terms of points of view represented.

The 21st Century Cures Act, HR 6, Click here for complete text of HR 6 without amendment is a comprehensive piece of health legislation intended to help modernize and personalize health care, encourage innovation, and streamline systems to deliver better, faster cures to more patients. While there were concerns among members of Congress about the cost of HR 6, the unanimous Committee vote indicates probable passage in the full House, including the minimal cost Lyme portion.

We are hopeful that other provisions of the HR 6 will be helpful to the Lyme community, such as the inclusion of biomarkers in the newly created NIH Innovation Fund for research “…to address and find more effective treatments for, unmet medical needs in the United States…” and provisions to streamline data review and the process of adding a new indication to a drug label when safety has already been demonstrated. However, as with almost any comprehensive legislative package, there are areas of potential concern─ perhaps specific to Lyme, due to the unique problems associated with its diagnosis and treatment. The LDA took a closer look at several areas in the bill and several provisions will require vigilance and possible action by the Lyme community as they are implemented after the bill becomes law.

Section 2121, “Monitoring Antibacterial and Antifungal Drug Use and Resistance,” requires the Secretary of HHS to set up a system to monitor the use of such drugs and to monitor changes in bacterial and fungal resistance. While from a general public health perspective, these may be seen as good, common sense provisions, we in the Lyme community who have long observed antibiotic resistance used as a “red herring” in arguments against the use of antibiotic to treat Lyme, recognize the need to be vigilant that this system is not used to unfairly target Lyme physicians.

Section 2122 includes a provision to establish an FDA website that provides information about the susceptibility of bacteria, fungi, or other microorganisms to a certain drug(s). The website is required to provide strong warnings that the safety and efficacy of the drugs may not have been established in adequate and well controlled clinical trials and that clinical significance is unknown, and allows the Secretary to add any additional statement on the website to convey limitations of susceptibility data. Additionally, the website will include a statement directing practitioners to consult product labeling for specific drugs to determine FDA approved uses. Insurance companies could readily use this provision to deny coverage of off-label use of antibiotics. Overall, the section minimizes the value of susceptibility data if not captured as an indication on a label.

Section 2061, Broader Application of Bayesian Statistics and Adaptive trial Designs, calls for the Secretary of Food & Drugs to “issue draft guidance on the use of Bayesian methods in the development and regulatory review and approval or licensure of drugs and biological products.” Bayesian methods have been used in the past to provide statistics to “limit” Lyme testing, e.g., by applying the fact a patient lives in a low incidence area to a positive Lyme test and concluding the patient does not have Lyme, or suggesting patients in non-endemic areas should not be tested for Lyme.

We are extremely appreciative of and wish to thank Chairman Upton and all of the E&C members who supported the inclusion of Lyme disease language in HR 6; Rep. Gibson for his hard work in developing HR 789/4701; and other members who have fought for Lyme patients, such as Reps. C. Smith (NJ) and C. Peterson (MN).

At this time, LDA would also like to thank all the Lyme groups who have participated in our campaign over the past year to educate government officials about the many issues surrounding Lyme and tick-borne diseases— especially LDo, whose support has been unflagging, and whose patient survey has been invaluable as they worked in tandem with LDA.