“Kiss of Lyme” author: What I needed more than anything was hope 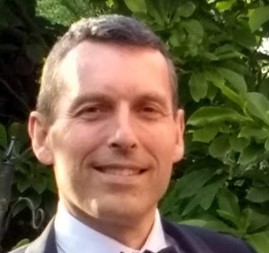 One bright, sunny day in August 2008, a bug no bigger than a raspberry seed attached itself to the back of my leg.

I had no idea that my life was about to change forever.

I knew little about ticks and had never heard of Lyme disease. And, I couldn’t imagine something so small could do any real harm – after all, I was a fit and healthy 38-year old.

Over the following months, what started with a bad case of man-flu whilst I was away with work, spawned into one seemingly disparate symptom after another.

On their own, none of them appeared too alarming, even though it seemed strange for so many to appear at once. However, as more bits of me started to go wrong and my work began to suffer, I felt compelled to visit my doctor.

For each of my ailments, the doctor batted back her diagnosis and remedies:

And so it went on. There was an answer for everything. Even though I expressed concern that there may be an underlying cause or trigger, she seemed unconvinced and simply suggested everything would be different in a few weeks.

What was the underlying cause?

Unfortunately, she was right, but probably not in way she’d intended. None of my original symptoms improved and they were joined by a whole host of others. I visited the doctor again, only to receive a variety of different creams and tablets. But there was still no acknowledgement that something more sinister might be afoot. I carried on in the hope that she was right.

That all changed a few days before Christmas. As I sat down one evening to eat dinner with my wife, Lisa, and our two young children, I went temporarily blind.

Although my sight drifted back slowly, it was as if the blindness triggered some sort of meltdown and my body screamed “enough is enough!”

For the first time, I realized there was something seriously wrong. I genuinely thought I might be dying. From that moment on, I never felt even remotely well for the best part a decade.

Months of poking, prodding, puncturing and negative tests followed. Finally, in mid-2009, a private clinic in the UK diagnosed me with chronic Lyme disease. Odd though it might sound, I was elated. To finally receive a diagnosis, and something I could treat, felt like a victory. But that was before I fully understood the controversy surrounding Lyme disease.

Despite my expectations to the contrary, I experienced no improvement after consuming what felt like industrial quantities of antibiotics for over 12 months. I started to question the diagnosis. Perhaps the stories about these expensive private clinics preying on the vulnerable were true. Maybe I didn’t have Lyme disease at all.

The more doubt I experienced, the more I read about people’s struggles, the various Lyme literate clinics, the scorn of the medical community, the conspiracy theories, the plethora of different and alternative cures being recommended…it was all so confusing and mentally draining.

Over the next few years, I visited dozens of supposed medical experts, both within the Lyme community and the more traditional medical routes. Frankly, I didn’t care what my illness was called or who treated it. I just wanted to get better. What I needed more than anything was hope. I needed to hear about other people who’d been through similar experiences and had recovered.

The Kiss of Lyme

That’s why in 2019, having finally regained my health, I decided to publish The Kiss of Lyme. It features stories and advice from eight people across the world, including me, who have struggled through Lyme and reclaimed their lives. It’s a book about hope and it’s the book I wanted to read when I was ill.

One of the most important lessons I learned from producing this book is that everyone’s Lyme is different. As a result, so is their treatment. Some people might be lucky enough to find the right combination of treatments early on. For others, it can be a painstaking search. The mental side of recovery is every inch as important as the physical.

It is incredibly difficult when every day is a chore and you can sense your life shrinking into obscurity. That’s why I believe it’s vitally important that people with Lyme disease and other long-term illnesses try to remain positive and give their life new meaning and purpose.

You need something to get you out of bed every day and take your mind off the relentless battle with illness.

When I was forced to stop working in 2012, I decided to make some prototypes of a board game I’d created a few years earlier to help my children with maths. Despite absolutely no experience in the game industry, I eventually published PLYT –a numbers game for the whole family. I have now created over 30 games.

And despite never having taught before, we set up PLYTIME tutoring, using the games to help children learn in a more enjoyable way. And despite never having written a book before, my experiences with Lyme disease became the inspiration behind the publication of the first two books in my children’s series, The Eternal Cycle and The Spiral Staircase. It’s not every day that spirochetes make an appearance in a children’s adventure series!

A new view of “progress”

There’s a passage in The Kiss of Lyme that says, “One day, whilst we were waiting for a PLYTIME tutoring session with a group of eight-year-olds to start, I remember saying to Lisa that around this time 10 years earlier I’d just finished a board meeting in Istanbul and was floating down the Bosphorus on a private boat; now here I was sitting next to her on a small plastic children’s chair in a local primary school. Talk about progress. We both laughed until Lisa pointed out that five years ago, I couldn’t even have left the house. Now that really was progress!”

None of this would have happened without that raspberry seed-sized devil introducing me to Lyme disease. And, without having PLYT, PLYTIME and the books to focus on, I wouldn’t have made such a strong recovery. As you can read in The Kiss of Lyme, other people with Lyme have also found that having a sense of purpose has been a vital part of their own recovery.

I hope people find The Kiss of Lyme helpful but it’s just the start. There’s a lot more I’d like to do on my website to help people suffering from long term illness and I’m always keen to hear from other people who’d like to share their own inspiring stories.

Ian McCartney lives in the UK. He can be contacted via his website.