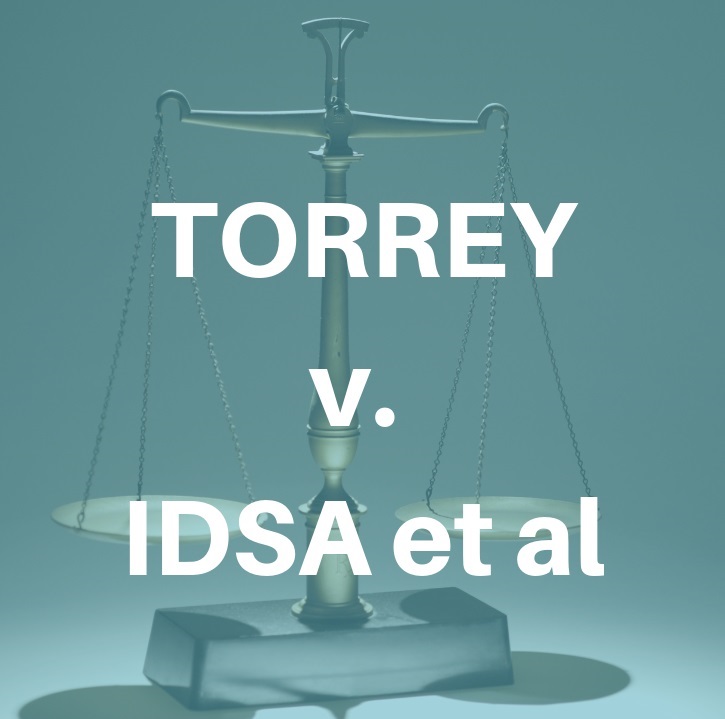 Pending approval by the court of the order shown here, TORREY v. IDSA is now an anti-trust lawsuit against a single defendant: The Infectious Diseases Society of America.

Both sides have agreed to this order, which dismisses claims against the IDSA under the Racketeer Influenced and Corrupt Organizations Act (RICO) — but NOT under the anti-trust Sherman Act.

Should the lawsuit survive a pending defense motion to dismiss it, it would proceed on the plaintiffs’ assertions that the IDSA attempted to or did monopolize the Lyme treatment market, in violation of the Sherman Act. The Torrey plaintiffs have asserted:

“The IDSA guidelines are treated as mandatory requirements by the IDSA…by:
(1) denying the existence of chronic Lyme disease,
(2) condemning the use of long-term antibiotics,
(3) allowing doctors who treat chronic Lyme patients to be sanctioned by medical boards, and
(4) using the guidelines as a basis to deny insurance coverage of chronic Lyme treatments. The power of the IDSA…restrains trade, therefore, the IDSA guidelines have significantly reduced the Lyme treatment market …[and its conducts is] sufficiently commercial for Sherman Act purposes.” 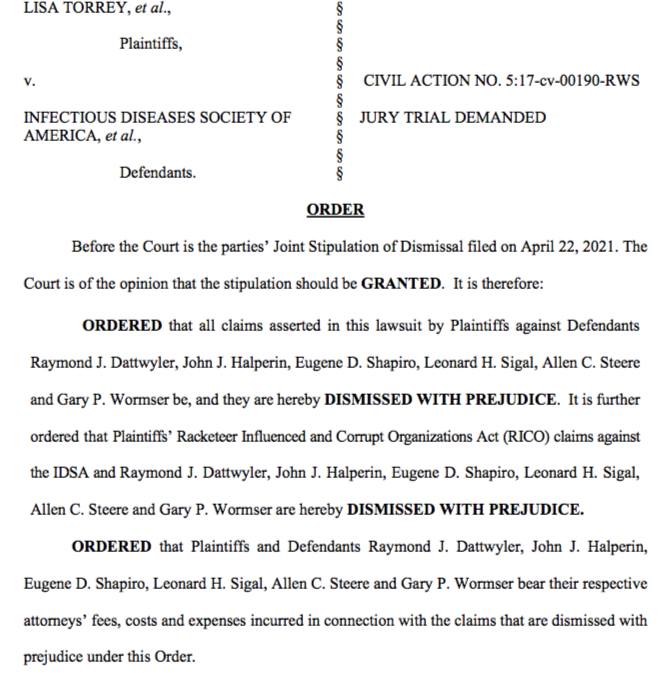 Mary Beth Pfeiffer, author of “Lyme: The First Epidemic of Climate Change,” maintains a website with information about this lawsuit. Click here to see court filings and other history of this case.