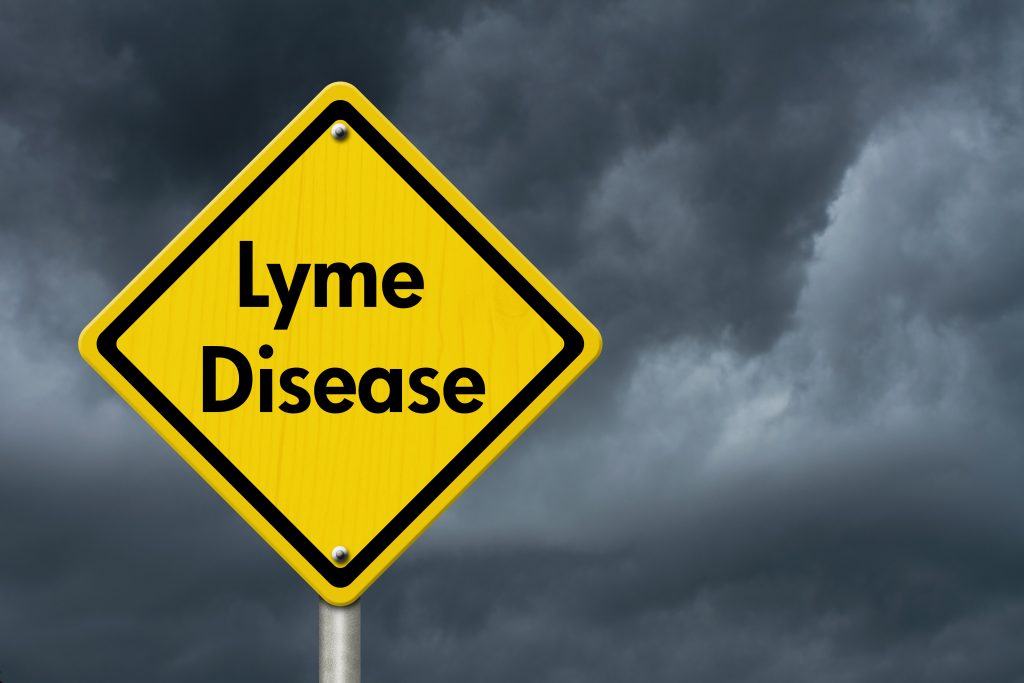 For those who live in an area blighted by ticks, the threat of Lyme disease can cast a shadow over the joy of spring and summer. These blood-sucking arachnids can transmit bacteria into the bloodstream of their unsuspecting host, causing the disease.

Early treatment is essential, but current tests are not usually sensitive enough to detect the disease in early-stage patients. A recent study in open-access journal Frontiers in Microbiology reveals a new test for Lyme disease, which is the first to reliably distinguish between early- and late-stage patients. The test detects a genetic sequence left by a virus that resides in Lyme-causing bacteria, and can detect just one bacterial cell in a small blood sample.

As the most common tick-borne infection, Lyme disease affects nearly 500,000 people in the U.S. every year. Symptoms include fever, fatigue, joint pain, and a distinctive ‘bull’s-eye’ rash, but if left untreated, the disease can cause paralysis and even death. As such, early diagnosis is important, but difficult.

Prompt diagnose of Lyme is essential

“Early diagnosis of Lyme disease is absolutely vital in reducing suffering, because early Lyme can be treated, but late Lyme is very difficult to treat,” explained Dr Jinyu Shan of the University of Leicester, lead author on the study.

“Current tests cannot typically detect the low numbers of bacteria in early-stage patient blood samples. Our goal was to design a highly sensitive test to help doctors to identify Lyme disease as early as possible.”

Shan’s test is based on polymerase chain reaction, or PCR, which works by amplifying small amounts of specific genetic material so that it can be detected. To date, this technique has not been particularly useful in detecting Lyme-causing bacteria in the blood. Such bacteria often lurk in tissues, and may not be present in the blood in large numbers.

Additionally, many of the genetic sequences targeted by PCR have only a single copy within each cell, making it difficult to find and amplify enough for detection.

Shan and his colleagues realized that there is another potential PCR target in Lyme-causing bacteria. These targets are called prophages, and are a genetic sequence that was inserted into the bacteria by a virus.

Fortunately, such genetic material can escape the bacteria and is therefore more likely to be detectable in the blood, and multiple copies are present in individual bacterial cells.

The researchers assessed their new prophage-targeted test by adding small amounts of Lyme-causing bacteria to blood samples. They found that the test was very sensitive, detecting just one bacterial cell in 0.3 mL of blood. This suggests that the test is sensitive enough for use with human samples, as people infected with Lyme-causing bacteria typically have between 1 and 100 bacterial cells per mL of blood.

Based on these promising results, the researchers used their PCR test to analyze blood samples from healthy volunteers and patients with either early-stage or late-stage Lyme disease.

Strikingly, the test could successfully distinguish healthy, early-stage and late-stage Lyme disease samples, and is the first technology to successfully achieve this.

The technique may also be applicable to diagnostic tests for other bacterial infections, if researchers can identify suitable prophage sequences for such bacteria. The technology will need further development before it is suitable for clinical use, but the researchers have already begun the groundwork for this.

“We are currently working with a commercial partner, and investigating regulatory issues and the potential for a clinical trial for this technology,” said Shan.