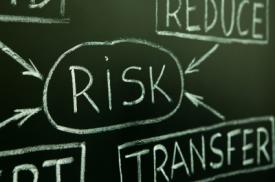 Researchers recently discovered that Borrelia miyamotoi, a species of corkscrew-shaped bacteria found in Asia, Europe and North America and previously thought to be non-pathogenic, causes human illness similar to Lyme disease. In a parallel study, it was shown that tick larvae carry B. miyamotoi and that ticks can transmit the bacteria via the ovaries to newly hatched larvae. This discovery highlights the risk to patients in a current NIH study from exposure to unidentified pathogens in tick larvae that may not have been detected by the researchers. The study allows live tick larvae to feed directly on patients. Researchers generally attempt to reduce the risk of transmitting illness to research subjects by using newly-hatched laboratory-raised larval ticks that don't carry known pathogens. Because it was not known that B. miyamotoi was pathogenic, larval ticks used in the study may not have been screened for this disease. Last January we asked the NIH to pull the plug on the study because of the risk that unidentified pathogens in tick larvae posed for patients enrolled in the study, and we filed a Freedom of Information Act request for the study approval documents. The NIH responded by acknowledging the risk of unidentified pathogen transmission to study participants and said the issues were considered during the study approval review. However, the study documentation does not show that the issue was either carefully considered or that adequate precautions were taken. Although the NIH study consent form advises patients of the risk of acquiring an unidentified illness, we do not believe that disclosure is sufficient. So, again, today, we take pen in hand and ask the NIH to demonstrate that the study is safe or pull the study entirely.

More information on B. miyamotoi is available here.

The risk of infected tick larvae with B. miyamotoi is increased because, unlike Borrelia burgdorferi, the spirochete that causes Lyme disease, B. miyamotoi can be transmitted from tick parent to offspring, which means that tick larvae may carry the pathogen from birth.