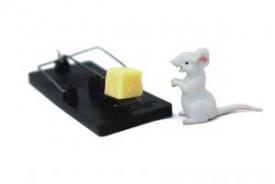 Legislation intended to combat problems associated with Lyme disease can help, or it can exacerbate the very problems that it is intended to address. LDA president Pat Smith and CALDA executive director Lorraine Johnson provide you with a framework to think about legislative issues and discuss some of the pitfalls you should avoid. Last of a three-part article that was published in the Spring 2005 issue of the Lyme Times.

“Any bill is better than no bill at all” is not a good philosophy with legislation. Passing legislation is difficult. Repealing a law after you discover it hurts you may be impossible. Be prepared to kill your bill through grassroots efforts or through the sponsor (some states give this power to the sponsor, others do not) if something goes wrong. For example, New Jersey had a mandatory insurance bill introduced in 1993. Unfortunately, the sponsor “turned” after his election was over, and amended the bill to favor the insurance industry.

Instead of providing mandatory coverage for physician prescribed treatment, the bill was amended to provide that after 56 days of antibiotic treatment, further insurance coverage was subject to a second opinion panel of doctors, regulated by the department of health. The proposed second opinion panels probably would have routinely ruled against extended treatment unless they were populated with Lyme-literate physicians, and Lyme literate physicians were not comfortable applying for panel membership, because the environment in New Jersey had been hostile to Lyme treatment for years. The medical board of New Jersey was the first to press charges against doctors for Lyme disease treatment, and insurance companies had been harassing doctors for providing treatment. Moreover, the doctor panel would be under the department of health, which was not known to be overly Lyme-friendly.

In essence, the 56-day period would have become de facto treatment guideline and would have worked against patients who were denied further treatment and whose only recourse was to go to court. The courts would have viewed the 56 days as the treatment guideline. Ultimately, the bill had to be sacrificed because of the sponsor’s after-election alterations, although it had passed in both houses, albeit in different form. The next year, the sponsor said his bill or no bill at all, and sadly, we had to choose no bill, since other legislators were not willing to buck his influence.

A similar situation occurred in Connecticut. There, a bill was passed that provides for 30 days of IV and 60 days of oral medication and then requires a second opinion from a neurologist, rheumatologist, or infectious disease specialist. Doctors in those specialties who are willing to concur with long-term treatment are few, and pediatric ones are almost non-existent. Thus, this bill, which was intended to help Lyme patients, has made it more difficult to obtain extended treatment. The bill was introduced without those provisions, but was amended in response to pressure by the insurance industry. Those supporting the bill were probably unaware of the negative impact these changes would have upon patients, but the insurance lobby was not. Under the new law, Attorney General Blumenthal has been trying to help patients who have not been able to get coverage for treatment.

A 2005 Maryland bill was gutted by a legislator and the content replaced with language that can be dangerous to treating physicians. Local groups are trying to have it killed before passage.
California, on the other hand, successfully passed a mandatory Lyme disease lab reporting bill by allowing a stagnant bill to be gutted and replaced with generic language allowing the California Dept. of Health Services (DHS)to bypass a lengthy administrative process to add newly emerging infections to their list of lab-reportable diseases. In return for the cooperation of the original bill’s sponsor, the California Lyme Disease Association, DHS agreed to add Lyme disease to the list. The bill passed both houses on consent and in August 2004 the governor signed it as an emergency measure.

You must try to educate the governor to the need for the legislation. In New York, the OPMC reform bill was vetoed by the governor due to outside group opposition, although the bill was not a Lyme bill per se. The same thing happened in California in 2002 when because of pressure from DHS, the governor vetoed a CALDA-sponsored bill that had unanimously passed both houses.

You may be able to get what you want tacked onto another bill, or the most important provisions put into another related popular bill less likely to be opposed. Be on the lookout for legislation that would benefit people with Lyme disease. The bill’s sponsors may even be willing to consider minor amendments in order to gain your support.

Be proactive, not reactive, and remember that legislation may solve some of your problems or it may add to them. Be cautious, move slowly, and choose your allies carefully. Legislation frequently depends on relationships developed over time. Even when you do not have a legislative agenda for the year, taking the time to educate with one-on-one meetings and state lobbying days help set the groundwork for the future.
Legislation is one of the most powerful advocacy tools available to the Lyme community. The educational learning curve in Lyme disease is steep. Only legislation and judicial action afford patients the opportunity of a full airing of the issues. However, legislation is cheaper, less time consuming, more likely to be effective, and offers greater maneuverability if the tide turns against you. Make sure you and your sponsor have a contingency plan to abandon or actively lobby against the bill if it becomes patient-unfriendly, and be prepared to use it.

Part 1 – Educate Before You Legislate