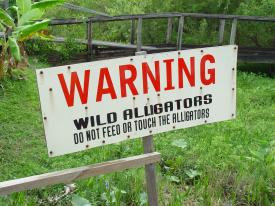 Legislation intended to combat problems associated with Lyme disease can help, or it can exacerbate the very problems that it is intended to address. LDA president Pat Smith and CALDA executive director Lorraine Johnson provide you with a framework to think about legislative issues and discuss some of the pitfalls you should avoid. Second of a three-part article that was published in the Spring 2005 issue of the Lyme Times.

Controversial areas where powerful lobbies will playa major role, such as mandatory insurance, are best handled as a separate bill. If you combine it with doctor protection, for example, it is likely that both issues will be derailed, and it will usually be harder next time. For example, in Pennsylvania, a house bill was introduced combining doctor protection for those who treat long-term and mandatory insurance coverage for patients. Insurance companies fought against it, although it passed the house. The bill was never considered in the senate. The physician protection portion of the bill probably would have had a better chance had the mandatory insurance coverage been handled in a separate bill.

Controversial areas where powerful lobbies will play a major role, such as mandatory insurance, are best handled as a separate bill. If you combine it with doctor protection, for example, it is likely that both issues will be derailed, and it will usually be harder next time.

Insurance companies will be prepared to fight, and they often contribute to legislative campaigns. Campaign financing records are public in most states, and some are even on the Internet. Find out who your obstacles may be and be prepared to educate them more vigorously. Have constituents from districts of suspected opposition legislators prepared to meet with and lobby those people.

In Rhode Island, the LDA Rhode Island Chapter was successful in having two separate bills passed, although there were behind-the-scenes machinations that almost derailed the legislation. Fortunately, they had very committed legislators who withstood a lot of pressure and stuck with the bill. The Rhode Island Lyme Commission, created to study the problem in the state, heard two nights of testimony. The LDA contacted each of the testifying doctors to ensure that all the issues were thoroughly covered by professionals and that testimony was not unnecessarily repetitious. Patients testified at one of the hearings. For protection of the physicians, patients were cautioned not to reveal treating doctor names either in written or spoken communications.

First, the doctor protection bill was passed, which provides that doctors cannot be brought up on charges by the medical board strictly for providing long-term treatment. Next, the governor’s office was able to reach an agreement with one insurance company requiring medical treatment for Lyme patients. The insurance company began to undermine that agreement almost immediately. A bill was then introduced and passed requiring treatment. To determine the impact of the bill, it had a sunset provision so that it expired at year’s end. The rationale was to try it for a year. The next year, after extensive debate and lobbying against it by the insurance company, the sunset provision was removed. To date, patients have been able to get coverage under the law.

Part 1 – Educate Before You Legislate