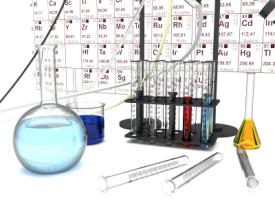 Dr. Eva Sapi and colleagues have published an important study today, "Evaluation of in-vitro antibiotic susceptibility of different morphological forms of Borrelia burgdorferi". I have included the link to the article, which is available free of charge at Dove Press, at the end of this post and encourage you to read it. The study is broad ranging, but makes a significant contribution to Lyme research in a number of areas: culturing techniques, cyst and spirochete antibiotic susceptibility, and the role of biofilms in persistence.

The most important result of the research was the development of a new culture technique that dramatically increases the growth of Borrelia burgdorferi (Bb), the corkscrew-shaped bacteria (spirochete) that causes Lyme disease, making it easier to detect persistence of the bacteria. The new culture technique is also better able to grow the cyst form of the bacteria that is thought to be metabolically dormant.  One mechanism of persistence of Bb is believed to be its ability to convert from the spirochete form to the cyst form in vitro when presented with an unfavorable environment.  This conversion would allow the bacteria to evade the immune system and resist destruction by antibiotics that rely on cell division for effectiveness.  When the environmental conditions become more favorable, the organism can then revert back to the spirochete form.

Finally, the researchers were able to develop biofilm colonies of the Lyme bacteria.  These colonies are made up of bacterial clusters coated in slime, and they have been shown to promote persistent infection in other diseases. The effectiveness of antibiotics for Bb in biofilm colonies was greatly reduced, with viable organisms detected in 70-85% of the biofilm colonies.

In summary, the study achieved an important new advance in culture techniques for Bb, demonstrated varying sensitivity of the cyst and spirochete form of Bb to different antibiotics, and confirmed mechanisms of persistence of Bb by converting from spirochete to cyst form and by forming biofilm colonies that protect the organism from antibiotics.

The research was supported by grants from the California Lyme Disease Association, Turn the Corner Foundation and the University of New Haven. The full text of the article is available without charge at Infections and Drug Resistance.