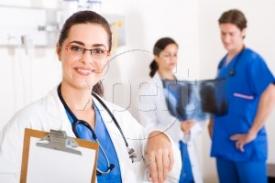 Nurse practitioners had three opportunities to learn about Lyme disease at a recently concluded statewide conference in Sacramento:

I helped staff the information booth, and I was very favorably impressed with the open-mindedness regarding Lyme disease demonstrated by the nurses I spoke with. Most were surprised to see our big map of California showing that Ixodes pacificus—the tick that carries Lyme on the west coast—has been found in 56 of our state’s 58 counties. (Which doesn’t mean there are no ticks in those other two counties, just that there’s no official data available.)

Many of them said in effect, “I don’t know much about Lyme disease. Maybe I should. What can you tell me?”

They seemed to appreciate receiving our recent patient’s issue of the Lyme Times. Among other things, it provides a checklist of Lyme symptoms, Dr. Burrascano’s diagnostic and treatment guidelines, explanations of laboratory testing, and a list of helpful websites.

They were eager to tell what part of the state they were from and find out what we knew about the incidence of Lyme in their areas.

They were interested to hear about Igenex labs, and how unlike most labs in the country, it tests for multiple strains of borrelia, and reports all bands on the western blot.

I was surprised by how many nurses had a personal—not just professional—interest in Lyme disease. One worried her sister might have Lyme, even though her doctors said no. One mentioned a young nephew experiencing weird pains in his feet and legs that no one could figure out. One confided that she feared she herself might have it, but couldn’t find effective advice about Lyme at the medical facility where she worked.

One nurse told me she’d recently relocated from a clinic in New York, where she used to diagnose at least one case of Lyme per week. Now she works at a clinic in northern California. She said the first time she suggested a Lyme test for someone who seemed to fit the profile, her colleagues pulled her aside and told her, “We don’t do that. There’s no Lyme around here.”

While we at the booth talked to nurses informally, Ginger Savely’s presentation about tick-borne diseases was on the official program.  I vacated the booth for an hour to watch her presentation. She knocked everybody’s socks off! Not only was it highly informative, but her engaging speaking style really draws the audience in. She is an excellent ambassador for the Lyme community!

Anne Mears is a nurse and support group leader from San Bernardino. Fed up with the official party line of “there’s no Lyme in San Bernardino,” she undertook an analysis of Lyme risk in her county. Among her findings: almost half of survey respondents reported symptoms consistent with persistent Lyme disease. Survey results and a lot of educational information about ticks and tick-borne infection were incorporated into a large colorful banner that hung in a central location of conference hall. Anne was also available to discuss her findings informally.

By the end of the conference, it felt good to have reached a significant number of nurses with our educational message. But I was struck anew by how large our task looms in front of us. The level of Lyme disease awareness remains abysmal. We must continue to devote concerted effort and creativity to turn this situation around.