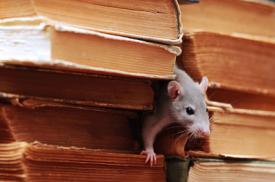 Here’s an interesting approach to conflicts of interests offered by one of the fathers of evidence based medicine, Dr. Gordon Guyatt. The topic was guideline development and the interests of those serving on a guideline panel in having their pet theories and research promoted in the guidelines. Why is this important to researchers? It helps further the academic careers of researchers when their work is cited, referred to and used as the foundation for creating treatment guidelines. There is a dynamic tension between the use of expertise and the potential bias expertise may bring to the table. Those of us in the Lyme community are only too familiar with the fact that the IDSA guidelines were developed by academic researchers and that references to their own research dominate the guidelines. Being tied to a theory that your research has advanced creates a bias towards reinforcing that theory in the selection of evidence cited, the evaluation of that evidence, and the development of guideline recommendations that confirm that bias. Guyatt’s perspective is novel and interesting. In his mind the way to manage this bias is not to exclude the researchers from sitting on the guideline panel but to limit their ability to misuse their power to further their own ends. Hence, those with what he called a primary conflict of interest are precluded from chairing a guideline panel, drafting recommendations and voting on them and even the ranking of evidence. Read how he defines an intellectual conflict of interest and how he would restrict participation in guideline development by those with intellectual bias.

Many times conflicts of interest are confined to commercial interests (industry ties with say, pharmaceutical companies that may be interested in having their drug promoted), but here Guyatt has raised the issue of “intellectual conflicts of interests”—those that arise from a predisposed viewpoint base on previous research and publications by the guidelines members.  He is raising this issue in connection with medical society guidelines and his approach is being implemented in the new antithrombotic guidelines developed by the American College of Chest Physicians.

Guyatt’s article, The Vexing Problem of Guidelines and Conflicts of Interest: A Potential Solution is not open access, which means you either need a subscription to view the article, must go to the library, or pay for access to it.  The full citation is: Ann Intern Med. 2010;152:738-741.  Here are some of the more meaningful snippets.

“The Panel members with an important conflict should not participate in or even be present for discussion or voting on the final rating of evidence quality or a recommendation for which they have a conflict.”

“The panel’s review of the conflict of-interest grid establishes the ground rules for discussion before recommendations are drafted and alerts chapter editors and other panel members to the possibility of biased presentation of evidence, thus prompting alternative interpretations of the same data.”

“We believe that the key to developing conflict-free recommendations is that panel members without conflicts and, in particular, the methodologist chapter editor bear responsibility for the final presentation of evidence summaries and rating of the quality of evidence. The chapter editor is also responsible for ensuring that, during discussion of evidence, panel members with conflicts do not take an aggressive advocacy role. “

“We define “intellectual conflict of interest” as academic activities that create the potential for an attachment to a specific point of view that could unduly affect an individual’s judgment about a specific recommendation. Such activities include receipt of a grant or participation in research or commentary directly related to that recommendation. For AT9, our operational definition of “important intellectual conflict of interest” includes authorship of original studies and peer-reviewed grant funding by such institutions as the government or nonprofit organizations that directly relate to a recommendation.”

It’s always nice to see someone thinking through the issues and trying new approaches.