LYMEPOLICYWONK: IOM Workshop–Who are They, What is It, When, Where, and Why Does it Matter? 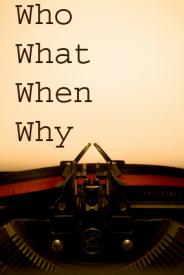 Some of you have been following the IOM proceedings and know the background of the workshop. But I thought I would provide some background for those who do not know what it is, or how it came about, or why it matters. If that sounds like something you’d like to know, a backgrounder follows. . . .

Who is the IOM? The Institute of Medicine (IOM) is an independent scientific advisory body established in 1970 by the federal government. Its goal is to provide unbiased and authoritative advice to decision makers and the public.  Most of its projects and funding come from the government.

What: In 2009, congressional appropriations language appeared in House Committee Report 111-120 and Senate Committee Report 111-66.  The language contained the following provision:  The Committee encourages the Director [of the National Institute of Health] . . . to sponsor a scientific conference on Lyme and other tick-borne diseases.  The Committee believes that the conference should represent the broad spectrum of scientific views on Lyme disease, and provide a forum for public participation and input from individuals with Lyme disease.

Where: Washington Plaza Hotel located at 10 Thomas Circle, NW, in Washington, DC. The IOM will prepare a summary of the conference proceedings highlighting presentations and discussions. Look for a live webcast to be posted.

Why is the IOM hosting the conference instead of the NIH?  The NIH subcontracted its obligation to host the conference to the IOM.  It is unclear why it did so (hot potato?)

Is there a problem?  Yes. While the NIH precludes bias on the part of panel members, the IOM does not. Four of the six members of the IOM panel belong to the IDSA, a medical society with a known bias against chronic Lyme disease diagnosis and treatment. And while the NIH requires participation by major stakeholders (like patients and their treating physicians—this affects the exclusion of physicians from ILADS), the IOM does not. The IOM agenda is also biased in favor of the IDSA viewpoint.  This bias undermines the integrity and credibility of the proceedings.  The summary of the proceedings will necessarily reflect this lack of objectivity.  Because of this three of the major patient interest groups, (CALDA, TFL, and the LDA) CALDA, pulled out of the conference in protest.