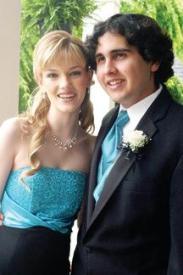 "They were furious and refused to do a Lyme test. They said, number one, because we don't have Lyme in Georgia. Two, if we did this test we would have to do 500 more."

ALPHARETTA – The Ashworth family traveled cross-country for a year while doctors tried to diagnose daughter Chelsea’s paralyzed stomach and mysterious rash. They would’ve never guessed that it all started when Chelsea and her brother Mark were playing in a pile of leaves in their backyard.

Like many Georgians, the Ashworths knew little about Lyme disease. It is relatively uncommon in the area, (The Center for Disease Control cites 84 reported cases in the last decade) and many in the healthcare industry deny its existence in the state.

For the Ashworths, Chelsea’s experience was a harrowing lesson in dispelling that myth.

“There really should be an education of public, but even more importantly there needs to be a re-education of healthcare providers in the state, because Lyme does exist in this state and it’s serious,” said the family’s matriarch Tracy, 43.

The bacterial disease is transmitted from the bite of an infected deer tick, which likely came from family of deer living around the Ashworth’s home. When Tracy spotted a red bull’s eye rash on Chelsea’s chest, she took her daughter to the doctor for what she thought was a ringworm.

By then it had faded slightly, so the doctor didn’t prescribe anything. In the next few months, Chelsea went from flu-like symptoms to extreme gastro-intestinal problems.

She missed her fifth-grade graduation and spent the summer of 2004 at Children’s Healthcare of Atlanta at Scottish Rite. A pick line was inserted into her body, because she couldn’t keep any food down. As Chelsea’ weight dropped to 52 pounds, there was still no diagnosis.