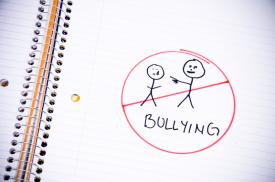 Antitrust law is concerned with constraints of trade that foreclose consumer choice. Guidelines developed by medical specialty societies that have monopoly power (like the IDSA) can become de facto legal standards for the practice of medicine. When they foreclose treatment options and the exercise of clinical judgment, they constrain consumer choice.

Typically, laws are passed in the United States through a democratic process that allows many groups to have a voice in the law before it is passed. Antitrust laws make an exception to guidelines or standards that are developed by groups that have expertise in an area (for instance, computer chips and medicine) so long as they play fair. The reason for this exception is that the level of expertise required in these areas makes it reasonable for "experts" rather than laymen to be setting the rules.

But there is a price for this exception from the democratic process of making laws.  Due process and fundamental fairness is required by panels that may displace participatory democracy.  In short, professional territory disputes can’t be the first and only item on the agenda.  Bully pulpits aren’t allowed. Excluding competitors to take action that harms them is also not permitted.


The Connecticut Attorney General action against the IDSA is not the first antitrust case against a medical society.  While we often don’t think of medical professional as being competitors, they are.  New theories and methods of treating threaten the territorial turf of those in the main stream who seek to “take arms against a sea of enemies and by opposing end them”.  For example, chiropractors brought an action against the American Medical Association when the AMA prohibited its members from making referrals to chiropractors on the grounds that chiropractics was not based on the scientific method. (Wilk v. AMA, 885 F.2d 352 (7th Cir. 1990)).  Similarly, the American Academy of Ophthalmology was caught in the cross hairs of antitrust law when it sought to shut out the competition posed by laser surgery.  (Schachar v. American Academy of Ophthalmology, 870 F.2d 397 (7th Cir. 1989)).

Antitrust issues arise when expert panels that have monopoly power fail to provide due process, stack the ballot, or exclude divergent viewpoints from the table.  The Connecticut Attorney General found that the panel that worked on the IDSA 2006 Lyme disease treatment guidelines had substantial conflicts of interests, excluded participation from its panel, and suppressed scientific evidence.  And, they did this to the detriment of their competitors (physicians who treat longer) and patients.

A key risk for guidelines development groups is that the composition of the guidelines panel often predetermines its conclusions.   An article by Sniderman in the Journal of the American Medical Association frames the issue well:

Because gaps in the evidence are inevitable, they must be filled in with judgments, and judgments tend to preserve previous positions. Thus, what is to be decided is often already decided with the selection of the deciders.

When guidelines panels engage in “dirty tricks” and use exclusionary tactics to achieve a predetermined outcome and restrict treatment options, they run afoul of antitrust law because they are violating the due process requirements that apply to guideline setting groups.   This risk is highest among specialty societies, which may dictate how internist must treat, but exclude them from sitting on their panels.

The IDSA found itself under scrutiny for antitrust violations because

The IDSA could have avoided antitrust scrutiny if it had opened its panel to include divergent viewpoints.  Divergent viewpoints are the basis for treatment options.  Think of the surgeon, the radiologist, and the endocrinologist differing viewpoints on treating prostate cancer.  What if the surgeon had monopoly power and excluded radiologists, endocrinologist, and internists from providing treatment options of radiation therapy, hormone therapy or watchful waiting?  While this might increase the jurisdictional and professional turf of surgeons, it would harm their competitors and prostate patients because it would take away treatment options and the exercise of clinical judgment.  Yet this is what the IDSA has done with its restrictive guidelines and exclusionary conduct.   It has taken away the treatment options for patients—and many patients fail to improve under the IDSA guidelines—and left them with a handful of ashes.  It has also driven out competitors, physicians who provide treatment alternatives to these patients.

The fact that most of the IDSA recommendations (38 of 71) are based on no more than the “expert opinion” of a stacked panel underscores how important it is to have diversity on guidelines panels and to recognize treatment options and the role of physician judgment in providing individualized patient care.   It is a misuse of evidence-based medicine to cloak the “opinion” of the panel as “science”.  And, it is wrong for a subspecialty, like the IDSA, to place protection of its professional territory above the concerns and welfare of patients by refusing to have a diverse panel or provide treatment options.