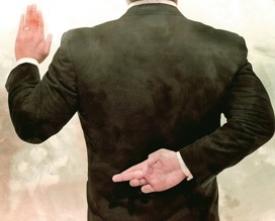 What voting process was required and how was it violated?  The Settlement Agreement requires a two step voting procedure, with each step requiring a supermajority vote (6 of 8 panelists).  The first vote asks the question whether each of the contested guideline recommendations is “medically/ scientifically justified in light of all of the evidence and information provided.”  This vote requires a supermajority of the panel (6 of 8) in order for a guideline recommendation to stand.  In essence, it asks “did the panel that adopted the 2006 guidelines get it right”?  The second vote, also by supermajority, determines whether the guidelines require no changes, partial revision or complete revision.

The IDSA’s flawed voting procedure combined the two voting steps into one.  First, the panel failed to conduct the vote to determine whether the science was sufficient to support the guideline recommendations.  Next, the panel substituted its own procedure for the second step in the voting and required a supermajority for any change.  This process effectively flipped the supermajority requirement to favor no change to the guidelines.

From the get-go, two significant points stand out:

·         The IDSA failed to voluntarily comply with the Settlement Agreement in good faith.

·         Absent oversight by the AG pursuant to the Settlement Agreement, the IDSA would have carried out a corrupted process that blatantly violates the agreement—and it might never have been discovered.

Patient groups are appalled that so far the IDSA, which should conduct an honest review and assessment of the evidence supporting the IDSA recommendations, has chosen to manipulate the voting requirement to influence the outcome, in clear violation of the Settlement Agreement and the scientifically based review and voting process which it provides.  This turns evidence-based medicine on its head.

Can the process be saved?  Patient groups, along with the public at large, expected that the IDSA would comply with the Settlement Agreement in good faith.  It is, after all, a settlement agreement with the Attorney General of the State of Connecticut.  When the IDSA panel so deliberately violates the voting procedures, as expressly confirmed by the words of the IDSA’s own internal memo, and refuses to comply with the Attorney General’s request, there can be only one conclusion:  The ability of the IDSA to run this process with integrity is extremely suspect and any outcome must be viewed critically.

Other examples of abuse by IDSA of settlement process: This is not the first time legitimate questions have been raised regarding the IDSA’s willingness and reliability in performing its obligations with integrity under the settlement process.  For instance, the IDSA was charged with selecting the panel and chose to exclude divergent viewpoints (including physicians who treat chronic Lyme disease).  One panelist was removed by the panel after patients complained because he had served on another Lyme guidelines’ panel− a direct violation of the settlement agreement.  Another panelist had also served on a previous Lyme guidelines’ panel, but despite patient complaints, was not removed.

Patient organizations call upon the IDSA to hold an individual vote on whether each of the guidelines’ recommendations is medically/scientifically justified in light of all the evidence as requested by the Attorney General.  If IDSA fails to do so in good faith, patients continue to rely upon the Attorney General to continue to enforce the Settlement Agreement.

The guidelines mandate that Lyme cannot be diagnosed without a confirming diagnostic test.The tests are known to be insensitive and flawed. Requiring a positive test means that many patients with Lyme disease will fail to be diagnosed. One panel vote described in the AG’s letter was whether this recommendation should be revised. Four of the eight panel members voted for change, without the panel first having voted to determine whether the recommendation was supported by the science. As the AG’s letter points out, this clearly means that had the panel voted in accordance with the Settlement Agreement, this recommendation would have failed as not properly supported by the medical/scientific evidence. Why? A vote to uphold this recommendation would have required 6 votes; however, the 4 votes calling for revision (even
though predicated on a flawed procedure) plainly indicates insufficient evidence to support the recommendation. Thus, (a) the IDSA failed to vote to determine whether the science supported the recommendation, (b) substituted its own procedure regarding revision (requiring a supermajority vote to revise), and (c) thereby manipulated the voting requirements to achieve a result in its favor.