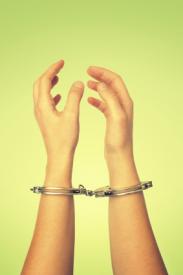 There is a lot of flurry in the Lyme light about the IDSA recent letter in opposition to the physician protection bill pending in the New Hampshire physician protection legislation. This legislation follows on the heels of legislation already passed in California, Connecticut, and Rhode Island. Like breast cancer patients before them (who passed legislation in 20 states to secure the right to make treatment choices), Lyme patients are appealing to legislators to preserve their right to receive treatment for Lyme disease. The IDSA claims that its guidelines are not mandatory, but to my ears this sounds like double-speak. And, the newly elected President of IDSA, Dr. Whitley essentially admits as much when he complains about lab tests that are not “regulated” by the IDSA guidelines. What makes IDSA think that it has the “right” to regulate lab tests? Who says? How genuine is IDSA when it claims that its guidelines are really just “discretionary”? Come on, guys, one or the other, but you can’t play both sides of this issue with a straight face. Maybe we have to fall back to Lincoln or Bush, take your pick, about how many people you can fool.

GW Bush:  You can fool some of the people all the time, and those are the ones you want to concentrate on.”

A quote from the IDSA letter by Richard Whitley was included in a recent news article on the hearings:

“small group of physicians” have diagnosed patients with a “chronic” form of the disease but “many of these so-called ‘chronic’ Lyme disease diagnoses are supported by laboratory tests that are not evidence based and are not regulated” by the Food and Drug Administration, IDSA guidelines or those published by the American Academy of Neurology, the Centers for Disease Control and Prevention, the National Institutes of Health, the American College of Physicians or the American Academy of Pediatrics.

In a democracy, only elected officials can regulate.  IDSA has not been elected by any citizen of this country to regulate health care, and it is clear that it does not represent the interests of patients.  Who then does it speak for?