These three myths about PANS/PANDAS are ruining lives 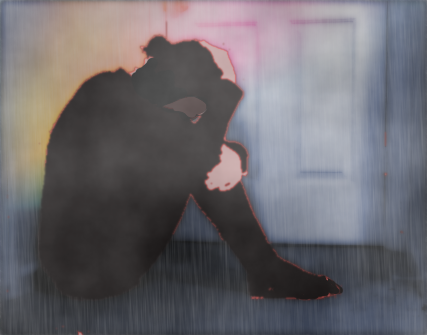 The following is written by a 23-year-old woman who writes the Dreaming Panda blog, about her experiences coping with Lyme disease and PANS/PANDAS—an autoimmune condition that can be triggered by such infections as strep, Lyme disease, and others.

In 2012, when I developed an extreme case of Obsessive-Compulsive Disorder overnight, all I wanted was to get better—not to spend the next six years fighting to get treatment for a “controversial” disease.

However, when conventional therapies failed, and I rapidly declined after strep and mono two years later, only steroids were able to help my severe psychiatric symptoms. It was then that I realized the truth wasn’t always easy to accept:

I DIDN’T HAVE A MENTAL ILLNESS—I HAD A POORLY UNDERSTOOD CONDITION CALLED PANS.

Because it’s a physical illness that attacks the brain, even though it can look identical to mental diagnoses like OCD, Tourette’s, anorexia, and even psychotic disorders, therapy and psychotropic medication aren’t enough—at best, they’re a bandaid.

Yet most doctors don’t understand this. People can spend years getting ineffective and inappropriate psychiatric care when medical treatment could’ve cured them.

Unfortunately, a recent paper published in the Journal of Pediatrics has thrown up a roadblock for the PANS community’s tireless efforts to improve a desperate situation that affects at least 1 in 200 children and teens—plus untold numbers of adults like me who grew up and slipped through the cracks.

In a time when we’ve finally gained some ground with doctors treating it at the NIH, Stanford, Yale, Columbia, Georgetown, and more, it felt like a slap in the face.

The paper’s conclusions go against all of the expert-recommended treatments that have saved my life, including IVIG, steroids, and antibiotics (collectively referred to as “immunomodulation” in the publication). It perpetuates myths rather than advancing science, while underscoring the sharp divide between doctors in academia and doctors in the trenches getting people better.

Although I don’t expect to change the authors’ minds with this post, as an anonymous blogger with a mere bachelor’s degree, I feel it’s important to speak up against three particularly egregious points in the paper so that maybe other researchers will take notice and do a better job promulgating scientific inquiry…

PANS IS NOT A MILD ILLNESS.

The most troubling aspect of the article in my opinion is what the authors seem to think defines “PANDAS/PANS.” One of the most revealing quotes says:

“We recommend that clinicians do not perform the PANDAS/PANS medical diagnostic testing in otherwise healthy children with mild to moderate, nondisabling OCD or tics. In our experience, this is the majority of children referred for PANDAS or PANS.”

It’s true that some cases of PANS/PANDAS can be mild, but if the authors think most cases of PANS are mild, then I question if they’ve ever really seen it.

I’ve lived this disease myself for over eleven years, I’ve talked to dozens of families, and I can say that our PANS is not their PANS…

PANS is the quiet five-year-old girl who suddenly grows violent towards her fellow kindergarteners, can no longer go to school, starts wetting the bed and using diapers again, and can only wear one dress because all other clothes make her skin feel on-fire.

PANS is the grade-school boy who develops an eating disorder out of nowhere, can only eat small amounts of soft foods, loses 15% of his already slender body weight, has constant pain from incessant tics and twitches, and breaks down into tears and tantrums whenever his parents leave his sight.

PANS is the bright teenager who can no longer do basic math, whose handwriting is suddenly illegible, who spends four hours getting ready every morning, and who has to sleep with her parents because of nightmares and terrifying nighttime hallucinations.

And let’s not forget that PANS is also the adult who has spent most of his life in and out of psych wards and group homes, who has a dozen psychiatric and neurological diagnoses, who has tried every medication imaginable with little success, and who can’t finish school or hold a job.

PANS is debilitating, all-consuming, and, quite frankly, it’s hell on earth. It’s anything but “non-disabling OCD and tics.” And for the many with restrictive eating—one of the main diagnostic criteria for PANS—they are absolutely NOT physically healthy, either.

I’ve met all of the above people, and when no psychiatric interventions were enough, antibiotics, steroids, and IVIG—the very treatments the authors dismiss—brought them back to life.

“The diagnosis of PANDAS or PANS distracts families from pursuing clinically important psychiatric and behavioral interventions and sometimes leads to inappropriate, expensive, and risky treatments.”

Personally, I tried every anti-depressant that exists plus years of therapy. True, some of it helped me to a degree, but nothing was able to save me when I truly lost my mind and fell off a cliff in 2014.

I woke up with wild involuntary movements all over my body. Rage. Panic attacks. Cognitive decline. Hallucinations. Delusions. Suicidal depression. Loss of coordination. Inability to focus. Constantly falling asleep all day long. In short, I completely lost who I was as a person, and doctors said they had nothing else to help me.

Pursuing a PANS diagnosis wasn’t a way to avoid psychological care—it was a last resort and a Hail Mary to save me from intractable symptoms.

PANS families would love nothing more than for mainstream psychiatric interventions to be enough, and they’re often the first thing families have tried before moving onto the so-called “expensive and risky” medical treatments.

Why would any loving parent in their right mind subject their child to needles and IV sticks and hospitalizations for procedures like plasmapheresis, IVIG, and Rituxan?

Why would your average middle-class family risk their financial security to travel hundreds of miles to go to out-of-network doctors and pay out of pocket for the multi-thousand-dollar aforementioned treatments?

The above quote from the paper seems like a gaslighting of parents who are doing everything they can to get their critically ill children better—parents who have already tried every psychiatric intervention known to humankind.

As it turns out, for me and many others, the only “distractions” are the psychiatric treatments—a few days of steroids helped me more than eight years of psychotropic medication and therapy. I took 50 mg of Prednisone for five days in 2014, and all my symptoms abated. Two IVIG procedures later made the effect more permanent.

“There is scant scientific evidence that the treatment of tics, OCD, presumed PANDAS or PANS with antibiotics or immunomodulation is effective… The immunotherapy guidelines are based on ‘the expert opinions and clinical experiences of the members of the PANS Research Consortium.’ Thus, none of these guidelines followed standard practices for unbiased systematic review of the evidence…

We strongly emphasize that it is essential that the treating physician be cognizant of the lack of evidence supporting treatment recommendations when considering whether or not to follow the PANS Research Consortium’s recommendations, especially regarding immunomodulation.”

This, right here, is the fundamental flaw and most appalling offense of the whole paper. The authors completely dismiss the empirical evidence for the treatments that PANS experts successfully use to get their patients better.

In all fairness, when I combed through the article, I found many compelling points about everything we don’t know about PANS. And I think members of the Consortium—the doctors who are effectively treating PANS—would be the first to admit that we’re only in the infancy of understanding the connection between the immune system and psychiatric disorders.

No one denies that we desperately need more randomized, placebo-controlled studies to validate the treatments that the Consortium recommends.

However, there are thousands of people suffering today that can’t wait for enough studies to be funded and executed to rewrite the medical textbooks.

People with PANS are hurting right now, and doctors in the Consortium have put their reputations on the line to find treatments that can help. The greatest medical advancements come from clinical experience that is later corroborated through placebo-controlled studies.

If doctors must rely solely on published medical studies and can’t trust clinical experience, then a doctor on their first day in private practice who has read many journals is just as good as a doctor who has practiced for fifty years at a world-class hospital. Clearly, this can’t be the case… Or do the authors simply believe that the only clinical experience that can be trusted is their own?

A good scientist should take an unbiased approach to evaluating how best to treat PANS by stepping back and asking why the Consortium’s immunotherapy treatments have helped people. And if there are studies that contradict the testimonies of dedicated doctors and hundreds of patients, then how are people getting better? What are we doing differently in the studies versus real life? Are there any alternative explanations? Is there something we haven’t yet discovered that could explain it?

Until everyone lets go of their personal biases, science cannot progress. In the meantime, those of us with this tragically misunderstood condition are caught in the crosshairs of controversy, with no choice but to pursue newly discovered treatments when the more established therapies have failed.

If the authors are right that immunomodulation doesn’t work, and all of the improvements in people who have had it could be attributed to psychiatric interventions, then the worst that’s happening now is that families using these treatments are wasting some time and money—but the kids are still coming out the other side with their lives intact.

If, however, the authors are wrong, and PANS is a real disease that can only be cured with antibiotics and/or immune therapies, then there are thousands of people needlessly suffering from a treatable medical problem.

The implications of this, with the loss of human potential, the burden on families, and the wasting of already scant mental health resources, is incalculable.

As an adult who evaded diagnosis for eight years, and who knows full well that I might not be alive without immunomodulation and antibiotics, I urge whatever scientists may read this to all work together to help us figure out this devastating disease.

My illness has no regard for medical politics and the status quo of mental healthcare—what people like me need is effective treatments and competent doctors.

I challenge any clinician faced with a family seeking help for suspected PANS to listen and think critically before dismissing us. And I admonish all of you to put aside your biases and use your expertise to help those of us looking to people like you to restore our lives.

Iris Ainsley is the pen name of a young California woman who writes the Dreaming Panda blog. She can be contacted here.