Why do some states zig while others zag? 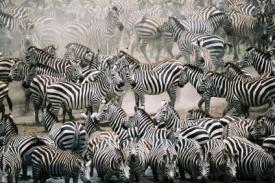 Ever wonder what is going on with surveillance numbers? How come some states go up, up, up and others go down? If you look at Lyme surveillance in the US from 1990 to 2007 and just consider did cases go up or down, it can get pretty interesting. I don't know what to think when cases go down. Did all the ticks move out of dodge? Did the doctors quit diagnosing? Did people finally get the message and stay in doors with a book? Did the disease definition change? Is there a new department of health head? Did staffing go down? Did certain areas of the US just fall off the books because they were told there was no Lyme south of the Mason Dixie? I don't have answers. This is a list of those states that zigged when others were zagging. Tell me your thoughts.