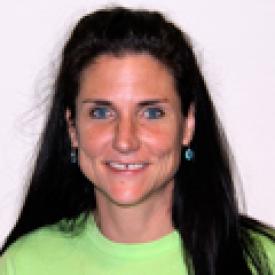 CALDA member Anne Corazza of San Diego is now featured on the "Meet the Activists" page of the Open Eye Pictures website. Anne helped persuade a San Diego theater to book "Under Our Skin," and then, along with a team of volunteers, helped get the word out to the public. Box office receipts were so successful that the theater extended the movie's run for an additional week.

Anne and her volunteers placed thousands of postcards and flyers in libraries, grocery stores, coffee shops, physicians’ offices, and pharmacies…sent hundreds of emails…and contacted numerous media outlets. According to the Open Eye website, “Anne’s activism is a model for grassroots efforts to promote the theatrical release of the film in communities across America.”

I spoke with Anne by phone this week, and she told me how important Under Our Skin is to her. Though she had suffered symptoms of Lyme for thirty years, she had never been accurately diagnosed. Like untold thousands of others suffering from unrecognized Lyme disease, she was told by doctors she wasn’t really sick, that she was being overly dramatic. Family members dismissed her as a hypochondriac. Finally, in late 2008, she was diagnosed with Lyme disease.

When she first found out she had Lyme, Anne was “ecstatic.” At last, a diagnosis. At last, she knew what was wrong so she could begin to fix it. “Then the nightmare of actually having Lyme disease set in,” she recalled. “You can’t get a doctor, you can’t get treatment….”

Eventually, through connections made via on-line Lyme support groups, she found a Lyme-literate MD and began treatment this past March. The doctor she sees is in northern California, necessitating a plane ride for every appointment. Despite the difficulties and budget-breaking expense, she feels it’s the only way to get the treatment she desperately needs.

Anne said the first time she saw a DVD of Under Our Skin, she “cried and cried and cried.” When she saw Mandy in the movie, with her shaky hands drawn up into claws, she said “That was me. Finally my story was being told.”

She could identify in some way with every Lyme patient profiled in the film. When she learned of Under Our Skin’s planned theatrical release, she said, “I was determined to get this movie shown in San Diego.” She contacted a slew of theaters, finally persuading the Gaslamp Stadium 15 to book the documentary.

And with the help of many members of the San Diego Lyme support group, she started methodically spreading the word.

“This movie is not just about Lyme disease,” Anne said. “It’s about a broken health care system. Every person in America should see this movie. It’s that important.”

Thanks to the efforts of Anne and team members, Under Our Skin will play an extra week in San Diego, through July 16.