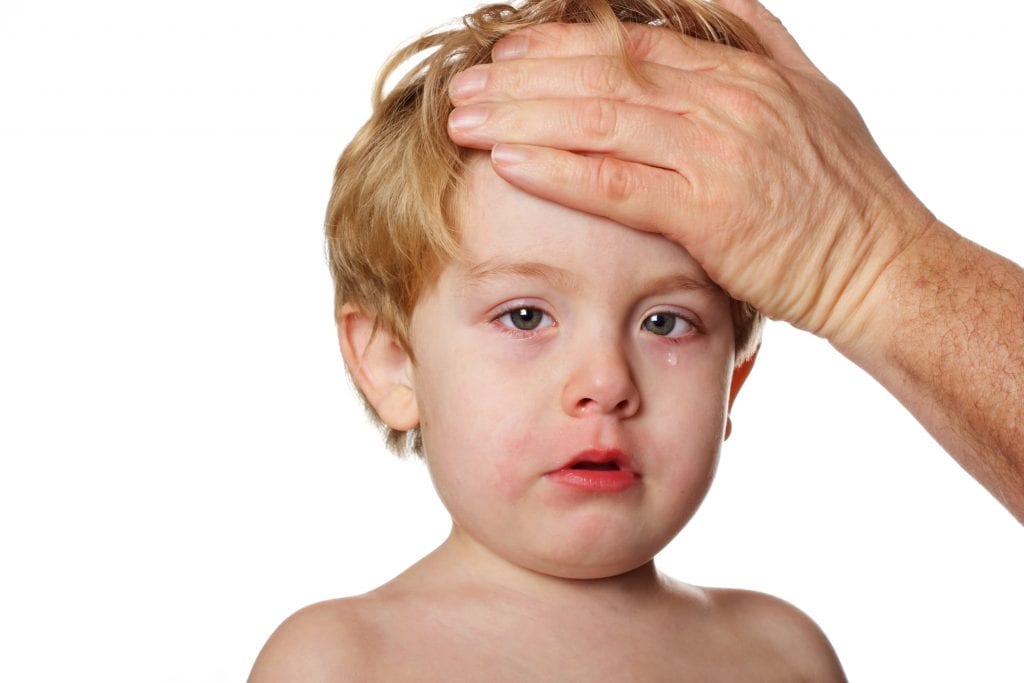 The question was posed on one of LymeDisease.org’s online discussion groups. A mother had found a bull’s-eye rash on her 5-year-old son. She took him to urgent care and was given two weeks’ worth of antibiotics. Is that enough, she wondered, or should she pursue something more?

The following remarkably detailed response was posted by another mother on the group. I feel there are many lessons to be learned from her hard-earned wisdom. With her permission, I share it with you here. In the interest of protecting her family’s privacy, she prefers to remain anonymous.

These comments represent my point of view as the parent of a daughter who has been fighting Lyme disease and associated infections for over 12 years now. I am just a mom, not a medical expert. My comments are based upon our journey and what I have read and observed and what has happened to us and to others we know. They are not a substitute for knowledgeable medical help and advice.

I do not want to scare you, but it has been my experience that people unfamiliar with Lyme disease tend to under-respect the damage it can do. I don’t want that to happen in your son’s case. I feel with Lyme it is better to be safe than sorry. And time is of the essence.

The damage that can be done by undiagnosed, untreated, or undertreated Lyme can be life-changing. In the early days of Lyme disease, it was discovered that by treating for FOUR weeks initially, the chances of a relapse later were greatly minimized. This is because Lyme has a four-week growth cycle and you do better treating for the entire length of the cycle.

The group that discovered this lost out politically and we are left with the modern conventional medicine treatment of two weeks. This creates the possibility of the disease recurring later in some people.

As Lyme can be very difficult to diagnose and symptoms can come on slowly over a long period of time, it is possible to get very sick from a relapse before becoming aware of what exactly is going on. ILADS (International Lyme and Associated Diseases Society) doctors know this and treat for longer periods of time than conventional medical doctors.

I do not know what antibiotic your son is on, but our ILADS doctor says he normally uses doxycycline because it does well against Lyme and also does well against the most common other infections often contracted at the same time as Lyme.

Ticks carry multiple infections and many patients have other infections in addition to Lyme. Some of these are just as disabling and difficult to treat as Lyme.

A bull’s-eye rash of any size is still considered evidence of exposure to Lyme disease. Some people with such a rash will never feel sick; their immune system will handle the infection. Others will get very ill right away. Others will become ill years later. No way to know which. Many people never see a rash and still get Lyme disease.

I suggest finding an ILADS-affiliated doctor who will make sure your son has optimum initial treatment. This offers the best possibility that this rash will not turn into illness later on.

This practitioner can also tell you what to watch out for in the future that could indicate emerging Lyme. Then it can be treated early if it shows up.

Time is of the essence

This doctor needs to be seen immediately. Within a week after exposure, Lyme bacteria can move into the central nervous system and become much harder to eradicate with treatment.

My daughter is only one of many examples of undiagnosed/untreated Lyme disease in a child. Her first symptoms were at eight years old. A horrific headache lasted three months, along with some fatigue and low-level fever and viral symptoms.

It looked like a sinus infection and after three rounds of various antibiotics, it slowly limped away and we were so glad that was over, whatever it was. We never saw a tick, never saw a bull’s-eye rash.

At 10, my daughter started having periodic episodes with bad headache, low-level fever, viral symptoms and fatigue. In between these, she was perfectly fine for weeks at a time.

Not enough to get her pediatrician interested, but she was missing enough school and sports activities that it was starting to be a life issue. She also seemed to heal very slowly from injuries such as bruises and muscle pulls and strains. And though she hid it well and no one noticed at the time, she was dealing with some emotional and psychiatric issues.

At 12, she was a high-achieving scholar at an aggressive private school and excelling in all sports and thriving. She had an unlimited future. Until January 5, 2005, when she fell very ill with an apparent relapse of a stomach bug and never recovered. Huge headache, extreme fatigue, low-grade fever and lots of vomiting—for weeks and then months—while no one could figure out what was wrong.

It took a year for the Lyme diagnosis and another two years after that for her first positive Lyme test – Lyme DNA found in her urine AFTER one year of expensive intravenous Lyme meds that we paid for out of pocket. And then another positive DNA test after six months more of intravenous Lyme meds.

She is almost 25 now. Her formal schooling consisted of completing sixth grade and four years of high school English with a home-school co-op. She is intelligent, but has major cognitive processing issues and her brain tires easily. She cannot attend school or work.  Though still fatigued, she can can occasionally bike, get in the pool with her cousins, or go to a restaurant.  These are huge for her; she spent the first few years of her illness on the couch in utter misery barely able to carry a simple conversation. This is much better, though not what any of us hoped for.

Autoimmune reaction in the brain

Her various infections, including Lyme, have caused an autoimmune disease that causes her brain to attack her dopamine receptors. This has caused horrific OCD symptoms which would have caused her to end her life had we not found great relief with intravenous immunoglobulin (IVIG) treatments. ($15K list price for meds for one treatment. She does a treatment each month, thankfully covered by my husband’s insurance). I left my engineering career to care for her in 2006, and I am still a major source of support for her.

We have spent several hundred thousand dollars out of our own pockets to try to get my daughter well. Our insurance company has spent more than that.

Things get slowly better, but she is still not self-supporting and we have concern for her future. We are very fortunate – most people cannot afford the amount of treatment we have been able to give our daughter.

My daughter’s story is not the worst-case scenario. She now has a positive quality of life after years of that not being the case. Some people never get that far. This is what CAN happen if Lyme disease is not aggressively treated at the very beginning.

Everyone reacts to Lyme differently. Some people, even though extremely sick, respond well to standard ILADS treatment and soon put the disease behind them forever. Some people, like my daughter, just can’t clear it, even after years of treatment.

This is why I encourage you not to roll the dice with your son. See an ILADS doctor who will treat more aggressively and for longer than your regular physician. You may have to pay out of your own pocket.. I think it is a good investment. I encourage you to educate yourself about this disease and the controversy over treatment guidelines.

Even if you treat aggressively now, you want to be aware of what to look for should Lyme show up later on. Based upon my reading and people I have known, common symptoms of slowly-emerging or re-emerging Lyme are joint pain that may move around and come and go, injuries that don’t heal well or quickly, digestive issues, fatigue, and emerging neurological symptoms that start to get scary.

Lyme tests so far are not reliable. A Johns Hopkins study in 2005 found that only 45% of patients who were later found to have  laboratory evidence of Lyme disease were positively diagnosed by the standard two-tier test done by conventional medical doctors (ELISA followed by a Western Blot if ELISA is positive). Do not trust a Lyme test to rule out Lyme disease.

You may feel foolish going to the trouble of finding an ILADS doctor.  Yet, I believe it is the best thing you can do to protect your son against trouble. Be sure to let the person you speak with at the doctor’s office know you have a child with a bull’s-eye rash from a few days ago. They should see you immediately. If not, get a different doctor. Lyme can move into the central nervous system within the first week after exposure. Then it is much harder to eradicate and chances of relapse increase. Some doctors offer “recent tick bite” appointments for just this sort of thing.

Wishing you and your son all the best,

A mom who has been there

TOUCHED BY LYME is written by Dorothy Kupcha Leland, LymeDisease.org’s VP for Education and Outreach. She is co-author of When Your Child Has Lyme Disease: A Parent’s Survival Guide. Contact her at dleland@lymedisease.org .