TOUCHED BY LYME: Mystery illness turns out to be Bartonella 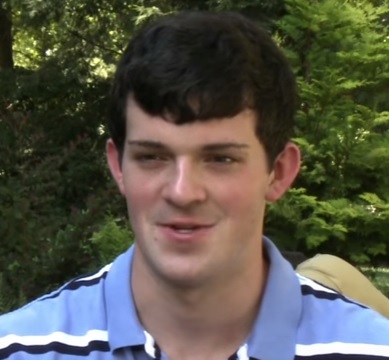 When Jason Sigmon was 13, he got bitten by a tick while helping his dad with yard work. Within a week or so, the North Carolina teen started experiencing excruciating headaches. Sometimes the pain was so bad he threw up. Pain medication didn’t help, and he was utterly incapacitated.

The family consulted a slew of doctors, who tested the boy for many things. The doctors ruled out Lyme disease and other tick-borne infections based on antibody tests. They ruled out brain tumor based on an MRI and other scans. When the doctors couldn’t put a finger on what was causing the problem, they called it “teenage migraines” and recommended specialized treatment in a hospital.

His mom, veterinarian Betsy Sigmon, had her doubts about that diagnosis. Although Jason’s blood work showed no evidence of Lyme or co-infections, she couldn’t ignore the fact that Jason’s symptoms came on shortly after that tick bite.

She contacted another veterinarian, Dr. Ed Breitschwerdt, of North Carolina State University, who studies tick-borne diseases. Breitschwerdt tested Jason’s blood using PCR analysis and found that the boy had Bartonella. It’s a bacteria which can infect both animals and humans, and is carried by fleas, body lice, and ticks. Although not well known in the medical community, Bartonella has been found to cause a wide variety of symptoms, including severe headaches.

Jason is a college student now. He and his mom are featured in a video from Galaxy Diagnostics, a Bartonella testing company co-founded by Dr. Breitschwerdt.


In an interview several years ago with the News and Observer, a North Carolina newspaper, Dr. Breitschwerdt asserted that Bartonella should be considered whenever otherwise healthy people develop sudden, chronic illnesses.

But that requires broader awareness of Bartonella among treating physicians. As he told the newspaper, “You can’t diagnose what you don’t know exists.”