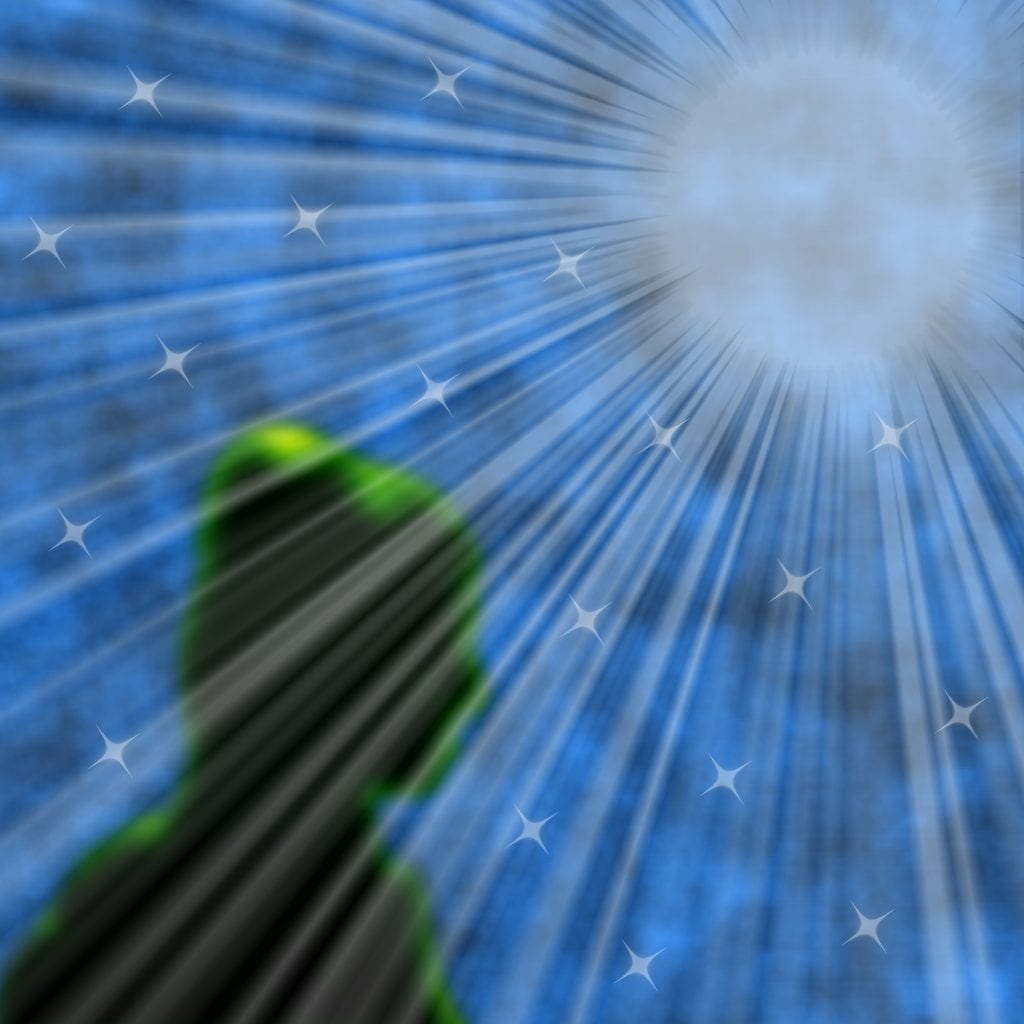 The following is written by a 22-year-old woman who writes the Dreaming Panda blog, about her experiences coping with Lyme disease and PANS/PANDAS. She has been dealing with these conditions for more than 10 years. PANS/PANDAS is an autoimmune condition that can be triggered by such infections as strep, Lyme disease, and others.

This week, I made the mistake of reading the PANDAS Wikipedia page, and now I’m boiling over:

All the sources for the page are at least seven years old, and since then, research has evolved dramatically. Unfortunately, to the peril of those of us who have PANS/PANDAS, many doctors still subscribe to this misguided treatment “standard.”

And so, I present my own story as a living example of why you should never ever listen to this terrible advice—and certainly shouldn’t trust Wikipedia…

IN 2012, I DEVELOPED OBSESSIVE-COMPULSIVE DISORDER.

One fateful Saturday afternoon in my senior year of high school, I became inexplicably convinced that I was a terrible person going to Hell. My mind was suddenly consumed by unwanted obscene intrusive thoughts: words and images of explicit and blasphemous material that went against everything I believed.

Overnight, I’d developed a severe case of a lesser know type of OCD which revolved around moral and religious obsessions and invisible mental compulsions. The extreme anxiety I felt from my OCD turned me into a caged tiger, and I would pace the house for hours and hours and constantly fidget during class.

It was as if an outside force had completely taken over my mind and body. I had no idea what was happening to me. My parents took me to the doctor, and I was given medication and referred to a psychologist for therapy.

“What about PANS?” they asked my GP. My mom had read about the disease while researching OCD and immediately had a bad feeling that it explained my symptoms.

“PANS is controversial. We don’t know much about it… But we do know that therapy helps the majority of people with OCD.”

And so, I began an eight-month course of intensive Exposure-Response Prevention therapy. I slowly got my life back and was freed from my severe OCD.

Because therapy seemed so effective, my family and I figured that even if PANS/PANDAS had caused my OCD, it didn’t matter anymore. We trusted the conventional treatment strategy for suspected PANDAS: that it should be treated no differently from “garden-variety” OCD.

BUT OH HOW WRONG WE ALL WERE…

There’s one big problem with the “mainstream” PANS treatment advice that, unfortunately, doctors don’t seem to grasp: PANS is an infection-triggered autoimmune disease that attacks the brain—not a mental illness.  Although the syndrome manifests as severe, sudden-onset OCD, PANS can no more be cured by SSRI’s and therapy than can any other autoimmune disease such as multiple sclerosis or lupus.

Telling someone with PANS that therapy and psychotropic medication is the solution is like giving a cane to someone with rheumatoid arthritis and calling that a “cure.” Yes, mobility aids may be necessary to cope with symptoms, but they don’t address the underlying disease.

Similarly, therapy can help cope with the PANS symptom of OCD, but it doesn’t address the brain inflammation that causes it. Just like other autoimmune conditions, forgoing proper treatment for PANS can allow the illness to progress.

INDEED, MY FIGHT HAD JUST BEGUN.

A sore throat at the beginning of my first year at university brought PANS back in a new form: I fell into a dream-like state for the next nine months, where I couldn’t tell when I was awake or asleep; I slept at least ten hours at night and constantly fell asleep all day long, no matter how much caffeine I had. I was soon misdiagnosed with narcolepsy.

As the months went on, my anxiety reached new extremes, and I started waking up in the middle of the night in panic attacks. I developed a hand tremor, and I noticed random muscles twitching at times, too. I would get so nauseous that I would go multiple days barely able to eat anything.  I saw half a dozen specialists over the school year, but nothing seemed to help.

Any doctor who thinks PANS should always be treated the same as any case of OCD clearly knows nothing about PANS.  Unless someone has a mild case or is “lucky” to get diagnosed quickly, you’ll find that most people with PANS, like me, have tried multiple psychotropic medications, seen numerous therapists and doctors, and have probably accrued an impressive list of diagnoses in addition to OCD—and they continue to suffer intensely.

I did my very best to comply with the therapy and medications my doctors suggested in the hopes of getting better, but instead…

Finally, that summer after my freshman year, when I was sure I couldn’t get any sicker, I woke up one day with wild involuntary movements all over my body. I suddenly couldn’t walk. I had trouble speaking. I hallucinated. I wrote the letters all out of order when I attempted my homework. I became suicidal and had outbursts of rage.

I literally told my parents I had “died,” because I felt like my entire personality and my very self had been wiped away over the course of a few days. It was like someone had kidnapped me from my own body.

Only treating PANS like “garden-variety” OCD is a complete misunderstanding of the very nature of the disorder. PANS isn’t just sudden-onset OCD—it’s an autoimmune condition that attacks the brain. The attack not only creates OCD, but it results in all sorts of other symptoms, such as the ones I later experienced (and plenty of others that I didn’t have). You cannot possibly fix the aforementioned problems by only treating PANS like “any other case of OCD.”

SO HOW DID I GET BETTER?

In July of 2014, almost two years after my extreme OCD began, my family schlepped across the country to a neurologist who specializes in PANS, because no one nearby knew how to help me.  Other doctors had warned about seeing specialists like her, saying the treatments were “dangerous” and “unproven.”

But when a person is threatening to kill herself, not eating, and not responding to drugs and therapy anymore, what’s the real danger in the situation?

And so, a few days after I was diagnosed with PANS, I received an aggressive autoimmune treatment called IVIG: an IV infusion of antibodies from thousands of healthy donors.  The idea was that the IVIG would reset my immune system and stop the autoimmune attack.  If it stopped my own antibodies from attacking my brain, it would therefore stop the PANS symptoms.

Indeed, after a second round of IVIG a few months later, a year of antibiotics and steroids, and a tonsillectomy to get rid of an infection that was aggravating PANS, I fully recovered.  By early 2016, I was left with only mild symptoms that had no impact on my life.

DID THERAPY HAVE A ROLE IN MY RECOVERY?


Although I developed new PANS symptoms in that first year of university, which later responded to IVIG and other treatments, I do believe there’s a good reason my OCD never got as bad as it once was: I learned coping techniques from my eight months in therapy.  To this day, if I have a PANS flare-up, I might get the same sorts of constant, painful intrusive thoughts that I did in high school.  However, I now have tools to avoid carrying out compulsions, so my OCD symptoms have never taken over my life again.

I’m not anti-therapy, anti-medication, or anti-psychiatry—I’m simply against only using these methods to treat a physical, brain-attacking autoimmune disease.

PANS is not a mental illness, but many of its symptoms, such as OCD, can be alleviated through therapy.  In fact, I think most people with PANS could benefit from it.  And sometimes, the right psychotropic medications (often in small doses) have been useful, too.  This disease is harder than you can imagine to live with every day, and if there’s anything safe that might help, why not do it?

Nevertheless, even though PANS treatments like IVIG, plasmapheresis, and long-term antibiotics have significant risks, in moderate or severe cases like mine, it’s downright dangerous to use nothing but conventional OCD treatments like therapy and medication.

Other than the rare instances of PANS where a kid outgrows it, at best, someone with severe PANS who forgoes immune-based treatment might “manage” their OCD with psychiatric care for the rest of their life. At worst, that person will be permanently disabled by intractable symptoms… Or perhaps something even worse if they become suicidal.

My experience of PANS is not an anomaly—the only thing unusual is that I found a doctor willing to treat me properly.  I shudder to think of how many thousands go without adequate care due to medical ignorance.

Until the textbooks (and Wikipedia page!) are rewritten to portray PANS/PANDAS as the serious autoimmune disease that it is, I will not stop speaking against the recklessness and inadequacy of the so-called conventional treatment strategy.

For scientific research showing why PANS/PANDAS is NOT controversial or hypothetical anymore, and why the Wikipedia page is wildly inaccurate, please refer to these credible sources:

Iris Ainsley is the pen name of a young California woman who writes the Dreaming Panda blog. She can be contacted here.