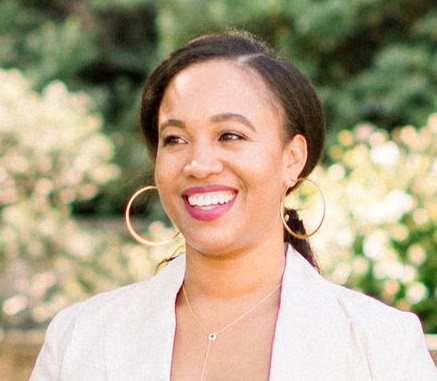 To some, these may seem like buzz words, perhaps repeated a lot in recent years. But for people of color, these terms signify that they may not be able to obtain essential medical care.

Although I don’t have Lyme disease myself, as a Black American female, I know firsthand about the barriers faced by people of color while seeking appropriate healthcare. We must advocate for ourselves in a space that often does not welcome people who look like us.

These problems become compounded when the disease itself is marginalized, like Lyme disease. Navigating the diagnostic maze and finding care may be beyond the grasp of underrepresented populations.

In February 2022, the journal Health Affairs dedicated an entire issue to the topic of racism and health. As described in the article Systemic and Structural Racism: Definitions, Examples, Health Damages, and Approaches to Dismantling:

“Racism is not always conscious, explicit, or readily visible—often it is systemic and structural. Systemic and structural forms of racism are pervasively and deeply embedded in systems, laws, written or unwritten policies, and entrenched practices and beliefs that produce, condone, and perpetuate widespread unfair treatment and oppression of people of color, with adverse health consequences.” (Braverman et al 2022).

The COVID-19 pandemic has amplified the gross health inequities experienced by people of color in the United States. Alarmingly, through most of the pandemic, infection rates and deaths of people of color have been much higher than those of their white counterparts.

Such healthcare disparities are not new, but COVID-19 has made them more visible. Such inequalities exist for many marginalized conditions, including Lyme disease.

At the outset, I should point out that it is not easy to find or digest surveillance data about the incidence of Lyme disease in people of color.

Distinctions between “race” and “ethnicity”

In a USA Today article about the federal census, reporter Rick Rouan explains it like this: “Ethnicity is strictly related to Hispanic, Latino or Spanish origin… But an individual who is Hispanic, Latino or Spanish can belong to any of the government’s categories for race as well. Race is broken into five broad categories [American Indian or Alaska native, Asian, Black or African American, Native Hawaiian or other Pacific Islander, and White] based on a person’s ‘origins.’ ”

Historically, there are many cultural and political reasons for race and ethnicity being treated differently in government statistics, Rouan continues. For example, being counted in national statistics is important, but that identification might increase the risk of deportation or have other political consequences for some populations.

Because of this, the census asks one question about race (which does not include Hispanic or Latino as possible answers) and another for ethnicity.

In the 2010 census, many Hispanics identified on the first question as white or other, while only 17% answered the question in the census regarding ethnicity.

In contrast, the CDC collects Lyme data on race and ethnicity in separate reports, making it difficult to see at a glance how each affects disease incidence. Still, we know that healthcare inequities often arise based on skin color.

The table below reflects the data provided in one report on race: white, black, Asian, and other. I have inserted the Hispanic/Latino information that was provided in another report. In both instances, the proportion of people of color included in surveillance reports is minuscule compared to the Lyme case numbers for white/Caucasian categories (Schwartz et al 2017).

*Pulled from 2016 CDC report on ethnicity (Nelson et al 2016). The CDC surveillance case numbers in the table exceed 100% because we have added the 3.7% from the Nelson report. This 3.7% is likely included in other race categories (e.g., white or other).

While combining information from two reports gives us a better picture of the problem, the Hispanic percentage is not precise because that category may be double counted in the white population.

You will notice that only 10% of the CDC confirmed and probable Lyme cases reported are from a minority population, despite non-whites making up over 40% of the U.S. population. The surveillance data gives the false impression that people of color are at lower risk of contracting Lyme disease than other populations.

Because the census question excluded Hispanic/Latino as an option, and because many Hispanics choose to identify as White/Caucasian, exact proportions of this population are hard to determine.

According to a 2016 CDC study, 39.7% of Lyme cases reported to the CDC between 2000-2013 included information about ethnicity. Of those, 3.7% identified as Hispanic (Nelson et al 2016). This disparity is striking because, as the CDC points out in the same study, Hispanics are at greater risk of contracting Lyme disease due to occupational exposure.

The study, based on the CDC’s national surveillance process, gives the following explanation for that: “Outdoor workers in [Lyme]-endemic areas have increased odds of occupational exposure to ticks. In the United States, Hispanics comprise 43.6% of grounds maintenance workers… potentially placing this population at greater risk for [Lyme disease] from occupational exposure” (Nelson et al 2016).

Unfortunately, this high risk of exposure of Hispanics is not reflected in the CDC surveillance numbers. The CDC identifies many reasons the surveillance numbers may underreport the true incidence among Hispanics, including “Inadequate healthcare access, language barriers, and lack of [Lyme disease] awareness could cause both underdiagnosis and delays in diagnosis in the Hispanic population” (Nelson et al 2016).

This is an example of systemic failure, which could also include the following:

Similar systemic failures occur in the surveillance reporting for the Black population, representing 12.4% of the general US population but only 1.6% of reported Lyme surveillance cases.

The problem is further compounded by the fact that the erythema migrans (EM) rash frequently seen in Lyme disease is more difficult to identify on dark skin.

LaShyra Nolen, a Harvard medical student, notes in the New England Journal of Medicine, “… Black people are less likely to receive early diagnosis of Lyme disease because many medical students aren’t taught to recognize the characteristic ‘bull’s-eye rash’ on dark skin. This can lead to delayed treatment and medical complications from late detection of the disease which affects Black people disproportionately.”

These same considerations should apply to any person with pigmented skin.

Unless images of EM rashes on dark skin are specifically included in training materials and medical textbooks, health care providers will continue to overlook this early sign of Lyme disease in non-white people.

In an interview with CNN, Ni-Ka Ford, the diversity committee chair for the Association of Medical Illustrators, said, “For decades, peer-reviewed academic publications have used photographs and images that inadequately portray the diversity in demographics of patients affected by particular diseases… these inequities in medical reporting can have lasting downstream effects on the accessibility and provision of healthcare.”

It’s not all about Lyme rashes

What hasn’t been discussed is how people of color are impacted by limited access to medical care, socioeconomic status, systemic discrimination in healthcare, and even the general lack of public awareness of Lyme disease and its symptoms.

Physicians and the community rely on CDC statistics to alert them to the risk of contracting the disease. Underrepresenting the true incidence of Lyme disease in these populations is a disservice to everybody.

The CDC must alert black and brown communities to their risk of contracting Lyme disease. Targeted messages addressing these communities could make them more likely to take preventative measures and seek medical care if they suspect they might have tick-borne illness.

A good example of targeted messaging is an initiative entitled Survivorship Today, launched by the pharmaceutical company Bristol Myers Squibb.

Aimed at increasing awareness in at-risk communities, the program shares stories of people of color with cancer. Short video public service announcements with real patients of all racial/ethnic backgrounds discuss their experiences to let people of color know that cancer can knock on anyone’s door—including theirs.

A similar campaign is critically needed to make people of color aware of their risk of contracting Lyme disease.

If you need resources or help finding a Lyme-literate practitioner, visit LymeDisease.org or email us at contact@lymedisease.org.

Melissa Wright, LymeDisease.org’s Director of Patient Engagement & Outreach, is a member of the MyLymeData team.

Kaur, Harmeet. (2021, December 9). A viral image of a Black fetus is highlighting the need for diversity in medical illustration.  CNN. Retrieved from https://amp.cnn.com/cnn/2021/12/09/health/black-fetus-medical-illustration-diversity-wellness-cec/index.html