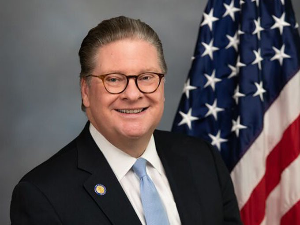 A bill requiring health officials to keep track of people who have died of Lyme and other tick-borne diseases has passed the New York State Senate and now goes to the Assembly.

The bill (S.677A) requires coroners, pathologists and medical examiners to report promptly to the local or superintending health department whether a deceased person at the time of death was afflicted with Lyme or any other tick-borne disease.

“This legislation will provide important data for medical researchers and public health officials as they battle Lyme disease and other illnesses transmitted by tick bites,” said Sen. Pete Harckham, who introduced the bill on the Senate side.

“These illnesses can have devastating effects on an individual’s health, so it makes sense to understand just how commonplace the infections may be.”

New York State Assemblymember Didi Barrett is the lead sponsor of the Lyme disease tracking bill in the Assembly.

In August 2017, the State Senate Task Force on Lyme and Tick-Borne Diseases, in conjunction with the Senate Committee on Health, conducted a public hearing regarding the health threats posed by Lyme and tick-borne diseases in New York State. At the time, there had been several infections and deaths in New York of Powassan virus, another tick-borne malady.

It was remarked at the public hearing that current statistics on Lyme and tick-borne diseases may be undercounted because these infections had exacerbated pre-existing conditions (or engendered another illness altogether) but were not listed as the precipitating cause of death.

As a result, it is important that in cases where Lyme and other tick-borne illnesses may underlie the primary cause of death that they are reported as infections to the health authorities for appropriate surveillance and statistical accounting, according to Sen. Harckham.

In the following video, Sen. Harckham speaks about the importance of S677A.

See also: Why what’s on a death certificate matters so much