TOUCHED BY LYME: Bringing in “Charlie Brown” to support the Lyme community 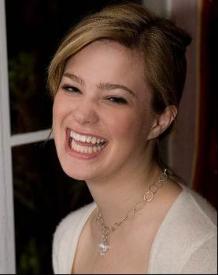 Combining her love of the theater with a desire to support the Lyme community, this student actor is staging a production of "You're a Good Man, Charlie Brown" in Atherton in June.

Twenty-year-old Maggie Moe is an acting major at New York’s Ithaca College, with a special talent in cartoon voices. She’s dreamed of a career in show business ever since she started performing small plays with neighborhood friends as a very young child.

But at age 10, she hit a significant bump in the road.

Living with her family in the San Francisco Bay Area, out of the blue, young Maggie developed a swollen, painful knee. Doctors diagnosed it as juvenile rheumatoid arthritis, even though her case didn’t fit the JRA profile in several significant ways. The treatments she received didn’t help, and over the next several years, other baffling, disabling symptoms emerged.

It was not until age 16 that Maggie was finally diagnosed with Lyme disease. She began an arduous treatment protocol that forced her to miss two years of high school. Yet, with treatment, her health improved dramatically, and when the time came, she packed up her medicines and supplements and headed east to college.

She recently completed her sophomore year at Ithaca and has kept her health, even though as she puts it, “College life doesn’t really lend itself to people getting better…other people don’t understand all the pills.”

Despite its challenges, she loves college, loves the entertainment world, and wants to help other people with Lyme disease.

Maggie’s back home for the summer now, and has found a way to combine her love of acting with her desire to support the Lyme community. She and her dad have formed the Lymelight Foundation. With the help of friends and sponsors, the organization is bringing a group of student actors from Ithaca to stage a production of “You’re a Good Man, Charlie Brown.”

The musical will be performed at the Campbell Performing Arts Center at Sacred Heart School in Atherton, at 7 pm, on June 10, 11, 17 and 18.  A special complimentary performance will be held at 2 pm, June 11, for those with Lyme disease and their families.

Proceeds from the show will benefit a Lyme patient in need of treatment. Maggie hopes that in the future, the Lymelight Foundation will stage more productions and raise more money to help people needing treatment.

“When I was sick, the only thing that helped me feel better was watching shows, musicals, comedies…anything to help me smile,” Maggie said. “I hope our projects can make people happy, increase awareness about Lyme, and raise money to help the patients who need it.”

Click here for information about tickets to “You’re a Good Man, Charlie Brown.”