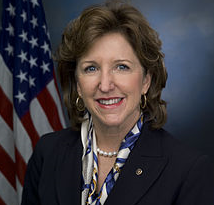 Tick-borne Powassan virus has been gaining attention after sending former North Carolina Senator Kay Hagan into a 43-day coma this past year.

Thankfully, Senator Hagan was recently released from the hospital and is said to be recovering, although she has difficulty speaking and is still unable to walk.

Unfortunately, others were not so lucky. Powassan has reportedly caused at least three deaths in the past year.

Because POWV has been considered so rare, with only 75 cases reported in the United States over the past 10 years, very little is known about it—until now.

A new study conducted by the Marshfield Clinic in Wisconsin demonstrates that POWV may be much more prevalent than previously thought. Of 95 patients tested for suspected tick-borne disease, 66% showed evidence of current or prior Lyme infection.

Dr. Fish goes on to say, “As more ticks become infected with Powassan virus and more people become exposed to them, Powassan could become epidemic like Lyme disease. Because it can be a serious disease—causing fatalities—and there is no treatment for it, Powassan has the potential to become a greater public health threat than Lyme disease.”

Click here To read more about history, signs and symptoms of Powassan