TOUCHED BY LYME: Lyme, MCS & that important rite of passage 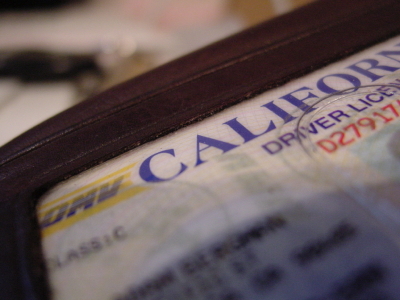 Multiple Chemical Sensitivities can offer unique challenges to someone seeking a driver’s license.

Getting a driver’s license is a rite of passage that young people with chronic Lyme disease sometimes miss out on. If you’re too sick to even get out of bed, you can’t very well be practicing how to parallel park now, can you?  When somebody that ill finally improves with treatment, going after the driver’s license is often number one on their “to do” list.

But sometimes, even if you’re well enough to drive, other issues get in the way.

A young woman I’ll call “Sally” has been dealing with Lyme and Multiple Chemical Sensitivities (MCS) for many years. This interrupted her schooling big time, and made her miss out on a number of teen milestones, including getting her driver’s license.  She’s in her 20s now, her health has improved in some ways, and she’s learned how to drive a car.

But MCS remains a huge barrier. Among other things, she reacts so badly to fragrances in products such as shampoo, deodorant, and laundry detergent, that she can’t be in close quarters with anybody using them.  She’d get a horrible migraine, her lungs would start to burn, and she’d feel stabbing liver pains.

“Taking a driving test can be nerve wracking for anybody,” Sally told me. “But for someone like me, who is reactive to fragrances, taking a test next to someone wearing their average scented products would be impossible. There’s no way I could pass my test under those conditions.”

Sally and her mom contacted the Department of Motor Vehicles with what might have seemed like an odd request. Could they arrange for a test examiner who was willing to use special shampoo and soap and deodorant that Sally wouldn’t react to? It was the only thing that would work for her.

Unfortunately, the first person they talked to at DMV wasn’t helpful at all. That person made it sound like hers was a difficult request, requiring mountains of paperwork, medical documentation, and bureaucratic hoops. Though Sally felt ready to take her driving test, she feared she’d never get the chance.

But you know what? That wasn’t the end of the story. Phone calls were made to DMV headquarters in Sacramento, where Sally’s request fell on more sympathetic ears. She was advised whom to contact at her local DMV office, and then everything fell into place.

Sally dropped off a bag of fragrance-free personal care products (shampoo, conditioner, deodorant, laundry soap) at the DMV and the examiner took them home and used them before the day of the test. Her appointment was scheduled for 7:30 a.m., before the office was open, to lessen her exposure to other people.  She took her test and passed it with flying colors.

It’s an example of how a little bit of accommodation by other people can make a huge difference in the life of somebody with MCS. I applaud the California Department of Motor Vehicles for its flexibility in getting Sally’s needs met. And my hat is off to that test examiner, who was willing to change shampoo and deodorant to help the cause.

Sally says the freedom to drive has brought a breath of fresh air into her life. “I no longer have to depend on my parents for transportation. I have taken another step toward my independence.”

And isn’t that what we wish for every chronic Lyme patient—the ability to finally get on with their lives?

Click here to view a photo essay from the New York Times about people who suffer from Multiple Chemical Sensitivities.